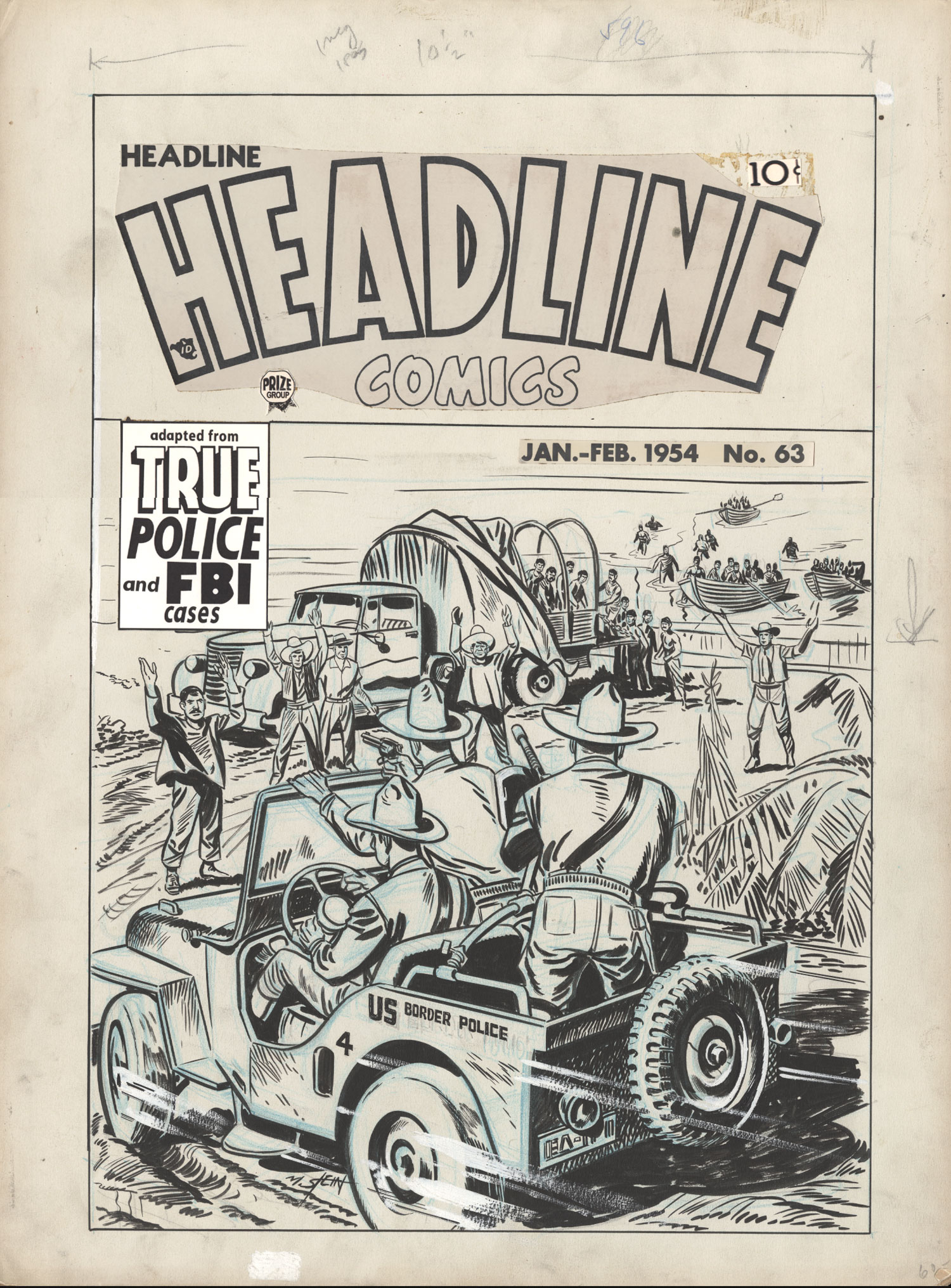 $685.00
Highest Offer
4
Offers
Offer Confirmation
You are about to submit an offer of . If accepted, you are legally obligated to purchase the book. Are you sure you want to continue?
Buy Confirmation
You are about to buy this item for , and will be legally obligated under the terms of our User Agreement to pay for it in a timely fashion. Continue?
PUBLISHER: Prize
COMMENTS: Marvin Stein pencils and inks; 15" x 20"; classic 1954 crime comic action twice-up cover!
Read Description ▼
Sell One Of These Inquire About This

Watch
Marvin Stein pencils and inks; 15" x 20"; classic 1954 crime comic action twice-up cover!Starting as a superhero/adventure title which ran from 1943-47, Headline Comics was transformed by Joe Simon and Jack Kirby, who began featuring the misdeeds of gangsters and murderers amongst the book's pages. True crime stories were all the rage in the late 40's and early 50's, and these wonderful examples display Marvin Stein's knack for rendering speed and depth. Stein, who joined Simon & Kirby Studio after a couple of years at National/DC in the 1940s, designed the gripping cover of Headline 63, which focuses on events that are still relevant today, such as illegal immigration and border crossing. Golden Age art is exceedingly rare and always in high demand, don't let these pieces pass you by!
Artist Information

Marvin Stein was an American comic book artist who began his career at the Chesler Studio, which supplied comic stories and art to the comic book industry. Stein worked on Captain Valiant for Croyden Publications between 1944 and 1946, and the Funnyman daily and Sunday syndicated strip, and Superboy and Boy Commandos for National Comics/DC. Stein joined the Simon & Kirby Studio and worked on myriad titles — Black Magic, Headline, Justice Traps the Guilty, Young Love, and Young Romance, while freelancing for several other publishers, including Atlas, Feature Comics, Prize Comics, and Ziff-Davis.