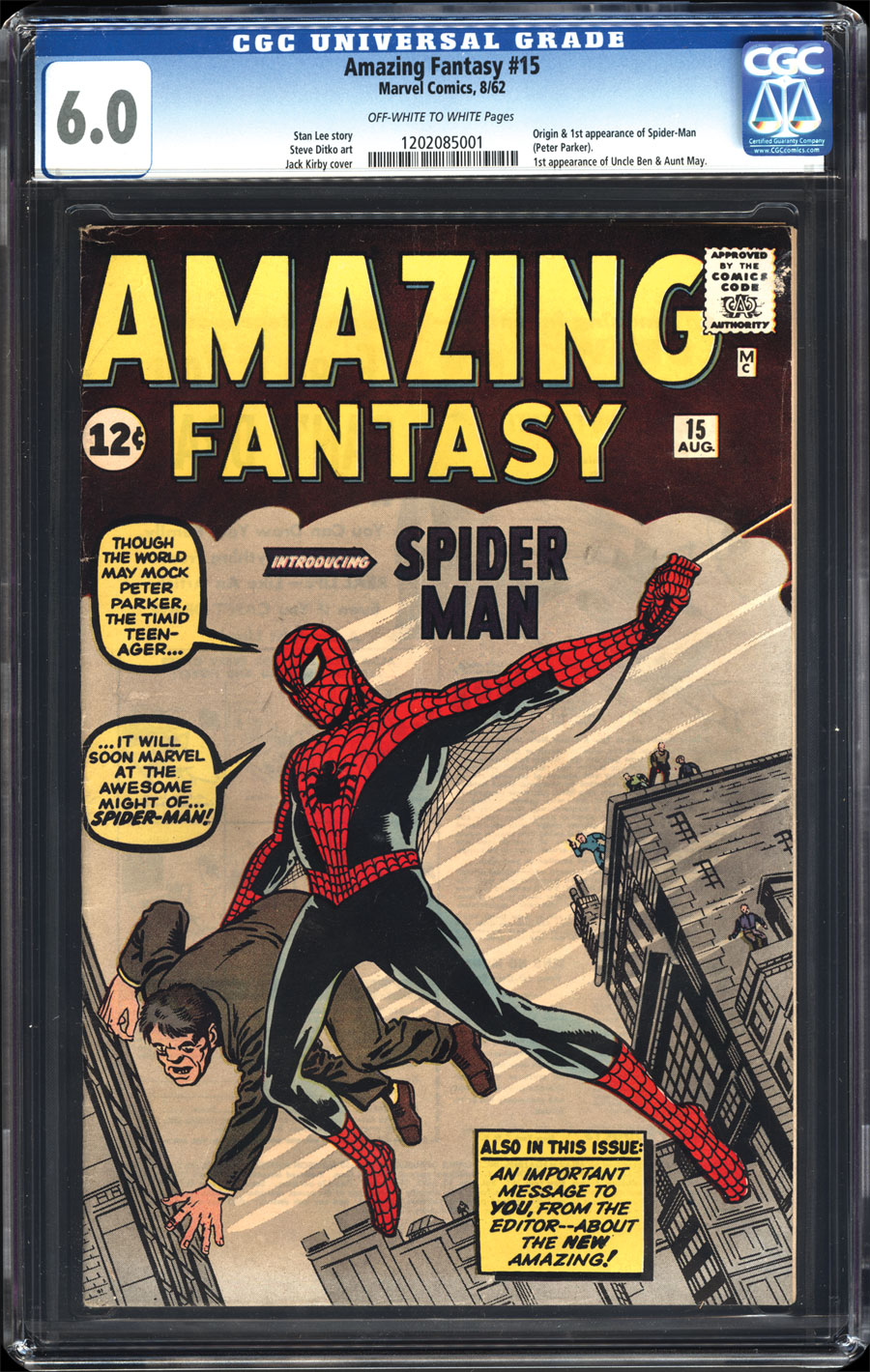 Watch
ow/white pgs
Kirby cover; Ditko art; origin & 1st app. Spider-Man; 1st Uncle Ben & Aunt May (8/62)This is the Silver Age equivalent of Action Comics #1: a historic, game-changing key issue that acts as a pivot point from what came before, and what came after. The creation of Stan Lee and Steve Ditko, this radical new concept featured a passive, neurotic, everyman hero; an unusually emotionally charged origin story touching on issues of mortality and family tragedy; a worldview grounded solidly in a real, recognizable universe obviously our own; and open-ended storytelling that rewarded close attention and regular readership. This milestone has also proven to be the success story of comics investment, growing rapidly and unstoppably in value and becoming one of the few completely bulletproof investments in recent times.

Copies of Amazing Fantasy 15 in Fine condition or better are exceedingly rare since the incredible popularity of the character saw kids reading, re-reading, and trading their comics over and over, leaving most issues dull and drab. The low-quality paper the struggling Marvel Comics was using at the time didn't help either. Boasting striking colors and great page preservation, this is a solid, handsome copy of the very first appearance and origin of Spider-Man. We often get lower-grade examples offered to us, but the smart collectors hold out for better copies like this one, because they know they are rare and hold their value for years to come. Always a strong investment with plenty of upside, mid-grade copies like this are great for serious collectors. Only three years ago, a copy in this condition would have cost less than half of what they are selling for today! No Spider-Man collection is complete without it. Expect a manic bidding frenzy for this book!

We realize many of you would like to bid on this auction lot, so for this listing, ComicConnect.com offers a 6 month, interest free, time payment plan with a 20% non-refundable deposit. Time Payments invoices can only be paid by cash, check, money order or wire transfer. LEARN MORE
Artist Information