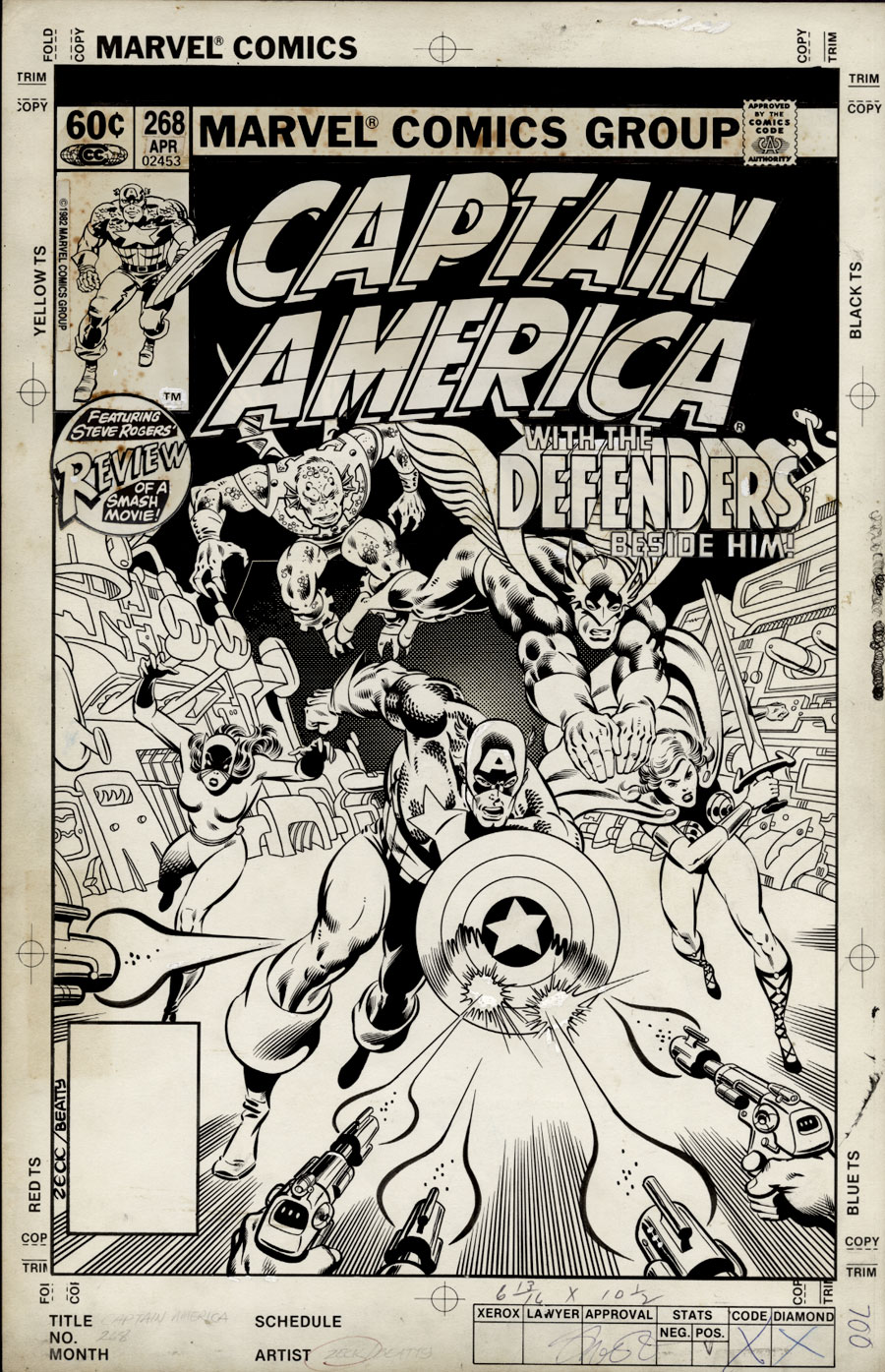 $10,400
Sold For
38
Bids
This auction has ended.
PUBLISHER: Marvel
COMMENTS: Mike Zeck pencils, John Beatty inks; 11" x 17"
Read Description ▼
Sell One Of These Inquire About This

Watch
Mike Zeck pencils, John Beatty inks; 11" x 17"Mike Zeck, the artist responsible for this piece of Bronze Age derring-do, showcases his skill at creating an exciting and dramatic composition. Employing a first-person perspective and dramatic depth of field, the viewer's eye is drawn to the center of the page and Captain America's iconic, patriotic shield. Zeck also made sure to include Cap's compatriots, The Defenders, in equally-heroic action poses. Starting out his career at Marvel on the martial arts and espionage book, Master of Kung-Fu, Zeck garnered a loyal, fan base, which led to further assignments of note, such as: G.I. Joe: A Real American Hero; The Punisher: Circle of Blood; and most notably, for designing the black-and-white Spider-Man suit that would become the inspiration for the character Venom. Luckily for loyal readers of the First Avenger, Zeck was recruited to the Captain America team in '78, bringing his distinctive style to the run.

For fans of Captain America, Nighthawk, Valkyrie, Hellcat and Gargoyle, this cover is a "must have" piece of Bronze Age memorabilia. Cover illustrations continue to grow in value and scarcity as the marketplace becomes more savvy, and the readers of the late 70s and early 80s begin to explore the nostalgia market. Zeck's penchant for perspective, fluid pencil work, and Kirby-esque machinery, along with John Beatty's sharp and detailed inks, make this piece of comic art very desirable for collectors of the era.