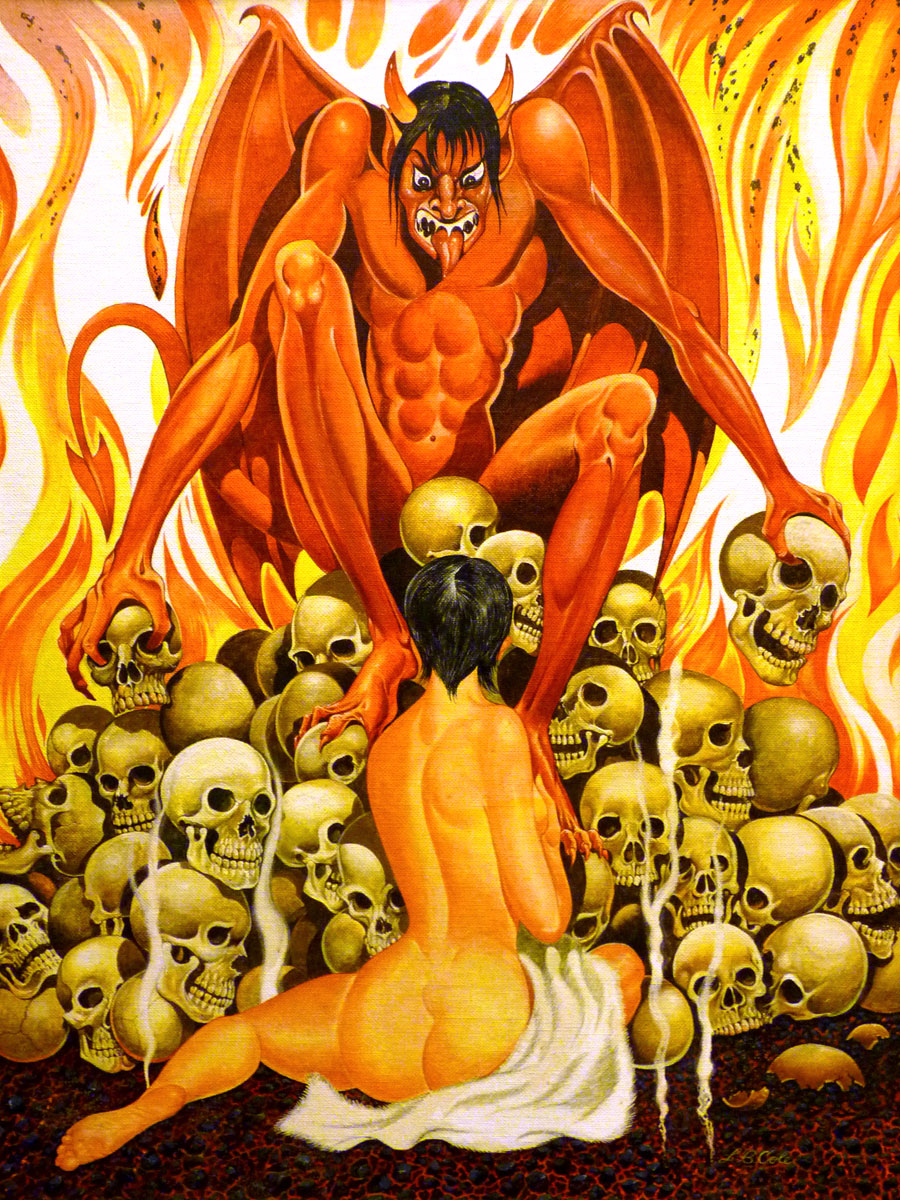 $4,666
Sold For
22
Bids
This auction has ended.
COMMENTS: L. B. Cole painting on framed canvas for the 1981 Multicon program; 15" x 31"; comes with original program
Read Description ▼
Sell One Of These Inquire About This

Watch
L. B. Cole painting on framed canvas for the 1981 Multicon program; 15" x 31"; comes with original programMainly known for his vibrant and memorable cover designs for such titles as Suspense Comics and Contact Comics, Cole illustrated over 1,500 covers in total throughout his long-spanning career. In 1981, he contributed this piece of sinister fantasy art to be used as the cover for the Oklahoma City Multicon's program book. Reproduced on the program's cover, this striking graphic surely left an impression on that early con's attendees. This illustration, featuring a leering devil sitting atop a pile of human skulls and a scantily-clad maiden in peril, is a classic design that remains powerfully eye-catching and shiver inducing all at once. This bold piece of comic book history will make an impressive addition to the collections of fans of Fantasy, Horror, Occult, Erotic or Comic Book art across the spectrum.