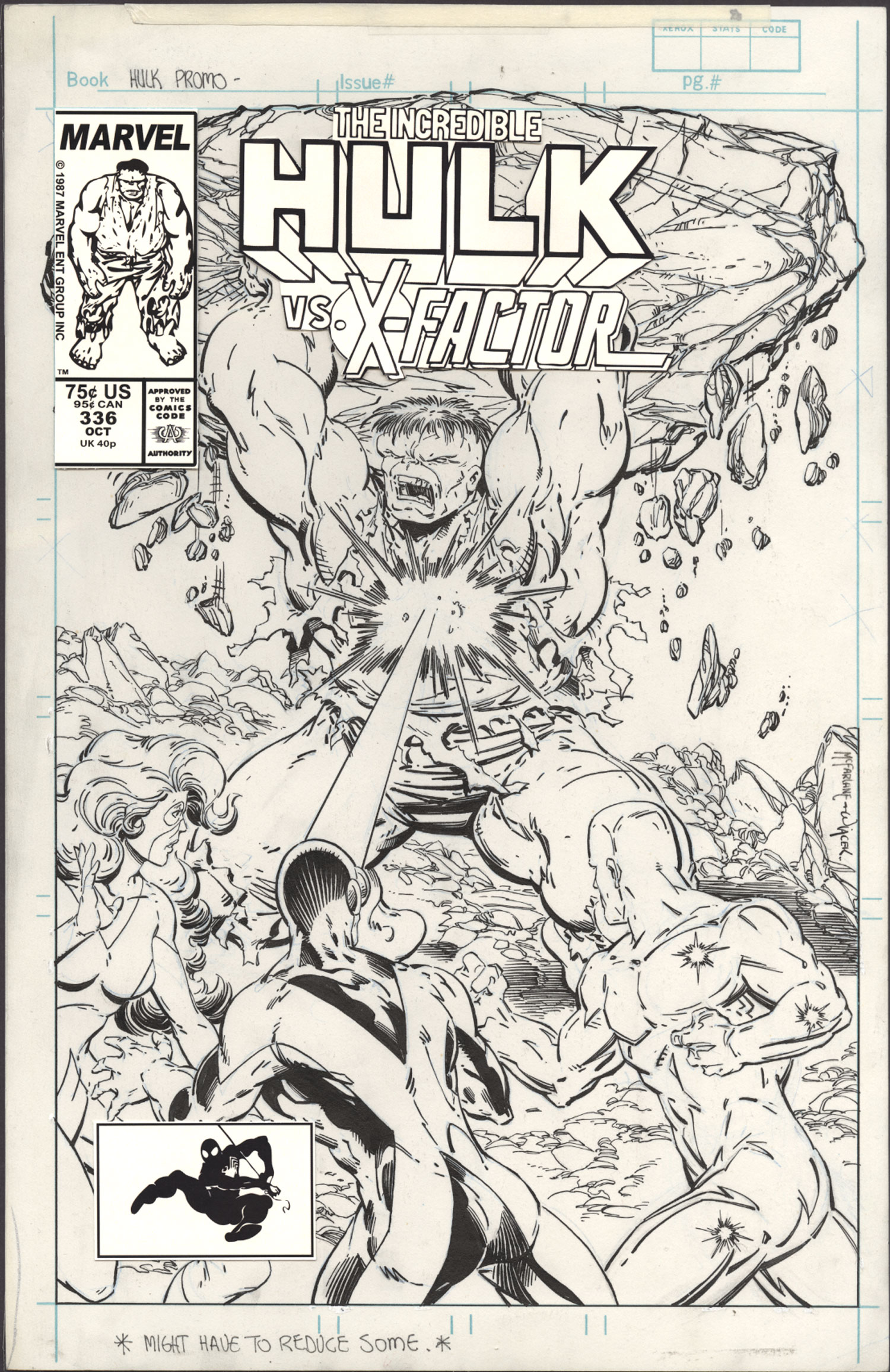 $11,200
Sold For
41
Bids
This auction has ended.
PUBLISHER: Marvel
COMMENTS: Original Art For Promotional Poster; Todd McFarlane pencils, Bob Wiacek inks; 11" x 17"; comes with paste-ups on acetate
Read Description ▼
Sell One Of These Inquire About This

Watch
Original Art For Promotional Poster; Todd McFarlane pencils, Bob Wiacek inks; 11" x 17"; comes with paste-ups on acetateIn recent years, we've seen artwork by Todd McFarlane, a name synonymous with The Amazing Spider-Man, explode in value. Before taking over the penciling duties for our favorite webhead, McFarlane helmed The Incredible Hulk series for about a year, bringing the character back to his roots by returning him to his original gray tone, as well as making him much angrier, and more articulate to boot. This compelling piece offers you a chance to own an early work from this great artist before he went on to take the medium by storm.

According to Todd McFarlane himself, this was supposed to be the cover to Incredible Hulk 336, but instead, editors decided to use the image as a promotional poster. McFarlane displays his compositional skill by placing the infuriated Hulk in the center of the action as his opponents stand in the foreground preparing to meet his wrath with their own particular set of mutant powers. One can sense the muscular tension in the Hulk's mighty arms as he prepares to throw a chunk of concrete towards the reader, and Cyclops' energy ray lands dead center on the page, further drawing the eye into the maelstrom of activity and coiled rage. We are pleased to offer this opportunity to own a rare, early work by one of the most influential of Modern illustrators.