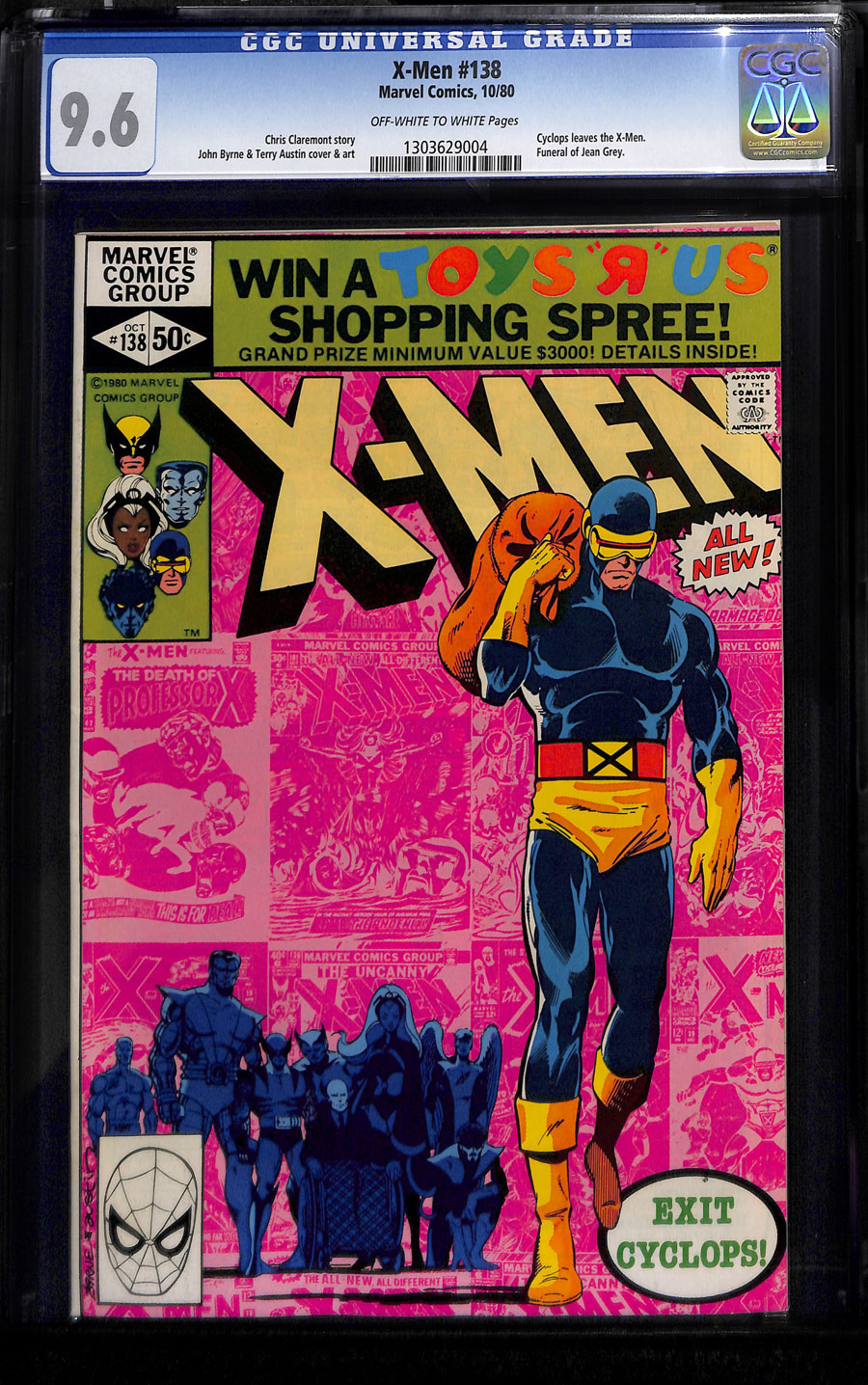 $90.00
Highest Offer
4
Offers
Offer Confirmation
You are about to submit an offer of . If accepted, you are legally obligated to purchase the book. Are you sure you want to continue?
Buy Confirmation
You are about to buy this item for , and will be legally obligated under the terms of our User Agreement to pay for it in a timely fashion. Continue?
PUBLISHER: Marvel
COMMENTS: ow/white pgs
Cyclops leaves X-Men
Read Description ▼
Sell One Of These Inquire About This

Watch
ow/white pgs
Cyclops leaves X-MenI was 9 years old when this issue came out. I remember being blown away by the image of the X-Men Team Captain, Cyclops walking off with the rest of the X-Men looking saddened in the background. The pink wallpaper filled with past X-Men covers left me wishing I had a few dollars in my pocket so I could chase down those issues... Vincent Z.
Artists Information