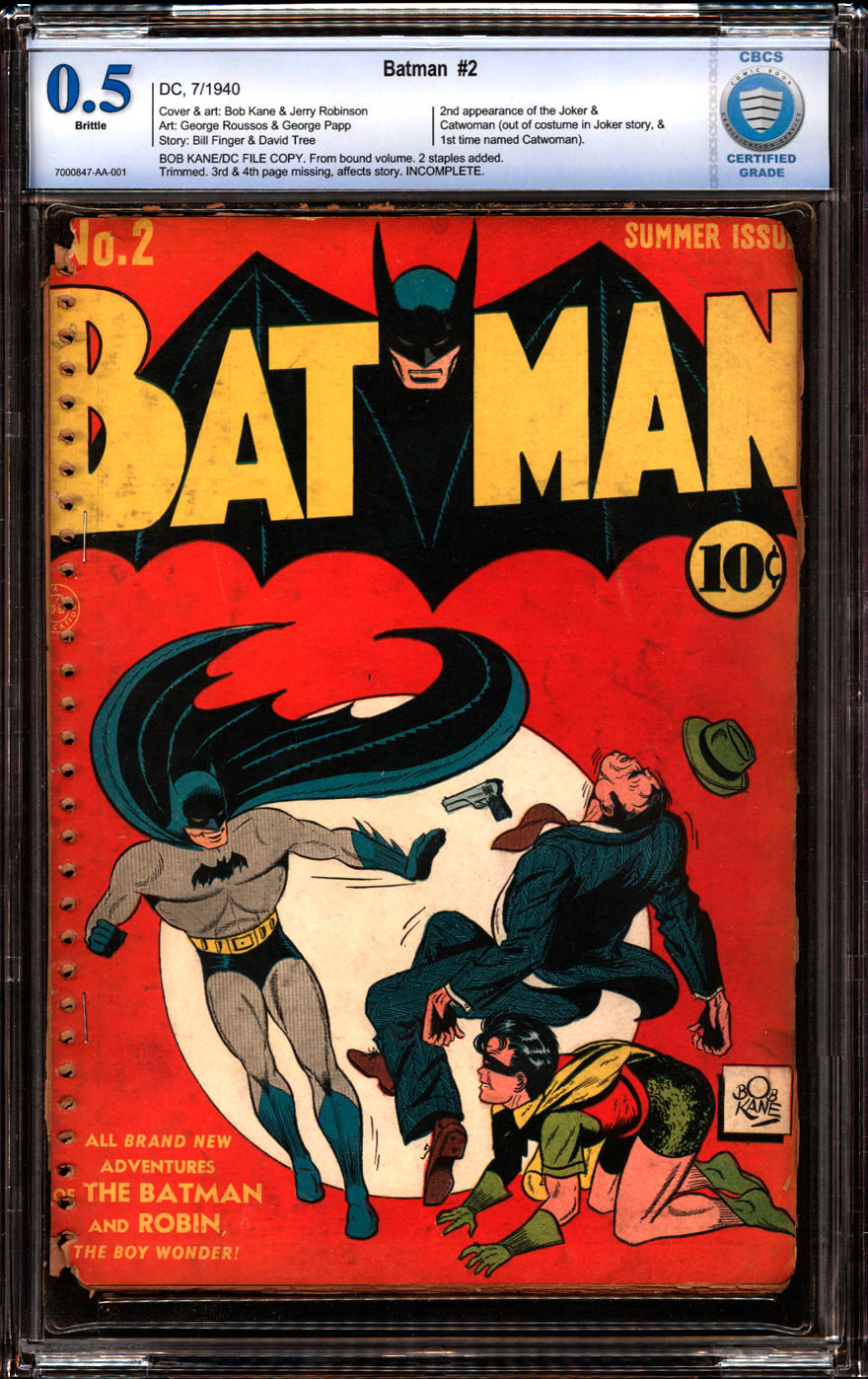 --
Accepting Offers
--
Offers
FYI there's no need to include decimal points(.).
Offer Confirmation
You are about to submit an offer of . If accepted, you are legally obligated to purchase the book. Are you sure you want to continue?
FYI there's no need to include decimal points(.).
Buy Confirmation
You are about to buy this item for , and will be legally obligated under the terms of our User Agreement to pay for it in a timely fashion. Continue?
PUBLISHER: DC
COMMENTS: brittle pgs, from bound volume, 2 extra staples added, not manufacturing, trimmed, Incomplete affects story 3rd & 4th page missing; this lot comes with replacement pages from another Batman 2 copy shown on second image
2nd app. Joker, 2nd app. Catwoman; classic Joker splash page
Bob Kane File
Read Description ▼
Sell One Of These Inquire About This

Watch
brittle pgs, from bound volume, 2 extra staples added, not manufacturing, trimmed, Incomplete affects story 3rd & 4th page missing; this lot comes with replacement pages from another Batman 2 copy shown on second image
2nd app. Joker, 2nd app. Catwoman; classic Joker splash page
Bob Kane FileBy the second issue of Batman, the transformation of the character and franchise from dark, brooding, mystery of the night to cheerful (if bizarre) puncher of bad persons was complete. Even the backgrounds of these covers mark a decisive change from the pre-Robin era: from dense, detailed settings full of menace to bright, eye-catching color washes meant to pry coins from the pockets of precocious boys. Despite the flattening of the character's idiosyncrasies, there was also no denying the inventiveness and joy of these classic-era tales, with Kane's ghost artists - fine craftsmen all - filling pages and pages with deliriously imaginative locales, perfectly craggy thug faces, and no end to the action and mayhem.
Artists Information