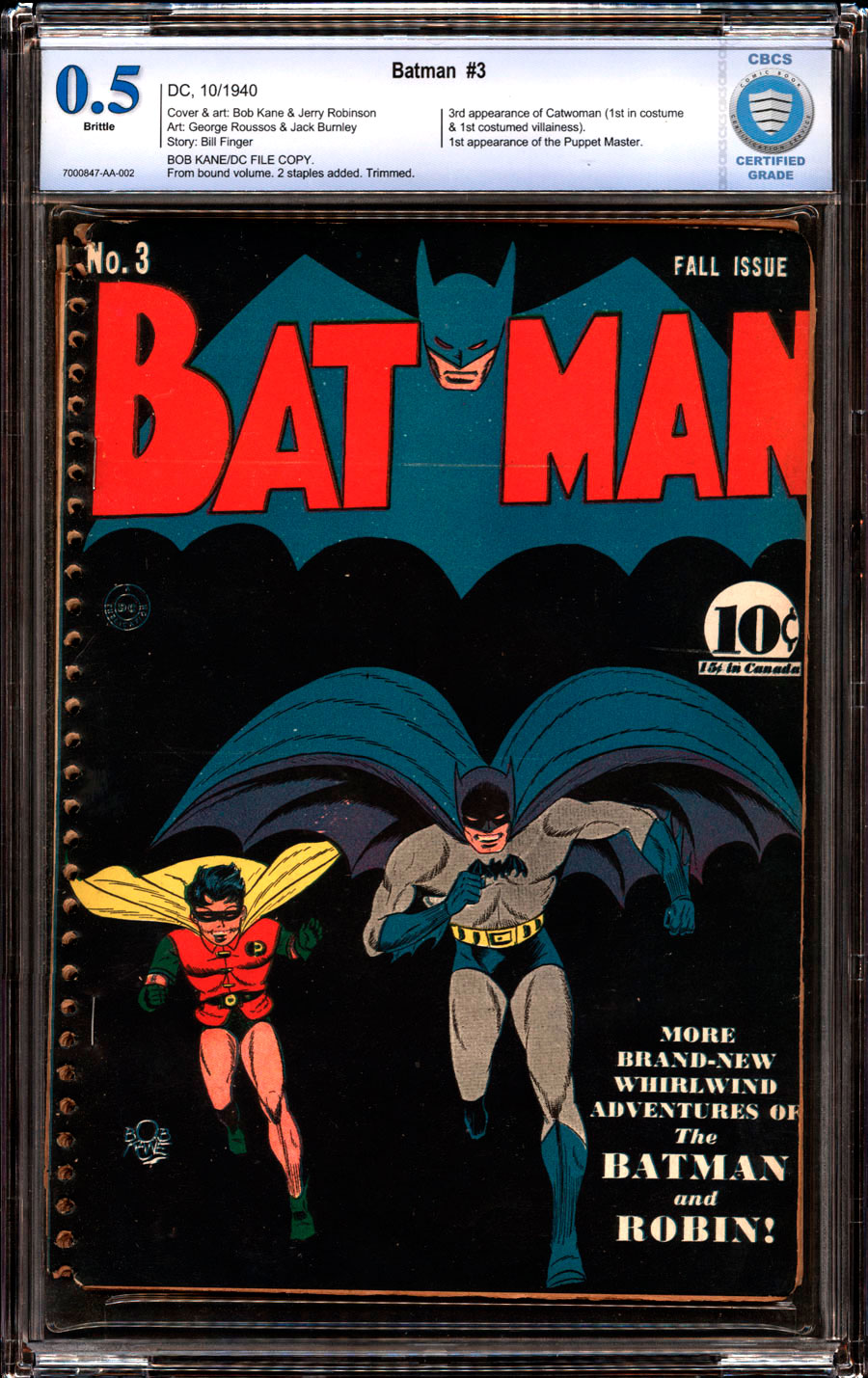 Highest Offer
1
Offers
FYI there's no need to include decimal points(.).
Offer Confirmation
You are about to submit an offer of . If accepted, you are legally obligated to purchase the book. Are you sure you want to continue?
FYI there's no need to include decimal points(.).
Buy Confirmation
You are about to buy this item for , and will be legally obligated under the terms of our User Agreement to pay for it in a timely fashion. Continue?
PUBLISHER: DC
COMMENTS: brittle pgs, from bound volume, 2 extra staples added, not manufacturing, trimmed
Bob Kane/Jerry Robinson cvr/art; 3rd app of Catwoman (1st in costume)
Bob Kane File
Read Description ▼
Sell One Of These Inquire About This

Watch
brittle pgs, from bound volume, 2 extra staples added, not manufacturing, trimmed
Bob Kane/Jerry Robinson cvr/art; 3rd app of Catwoman (1st in costume)
Bob Kane FileEarly Batman comics are notoriously difficult to procure and issue #3 has one of the best covers of the first ten issues of the run. This one looks like it may have been the basis for the animated intro of the iconic Adam West TV series. You can almost hear the theme song as you look at it! It just so happens to contain the first appearance of Catwoman in full costume and the first appearance of the Puppet Master as well.