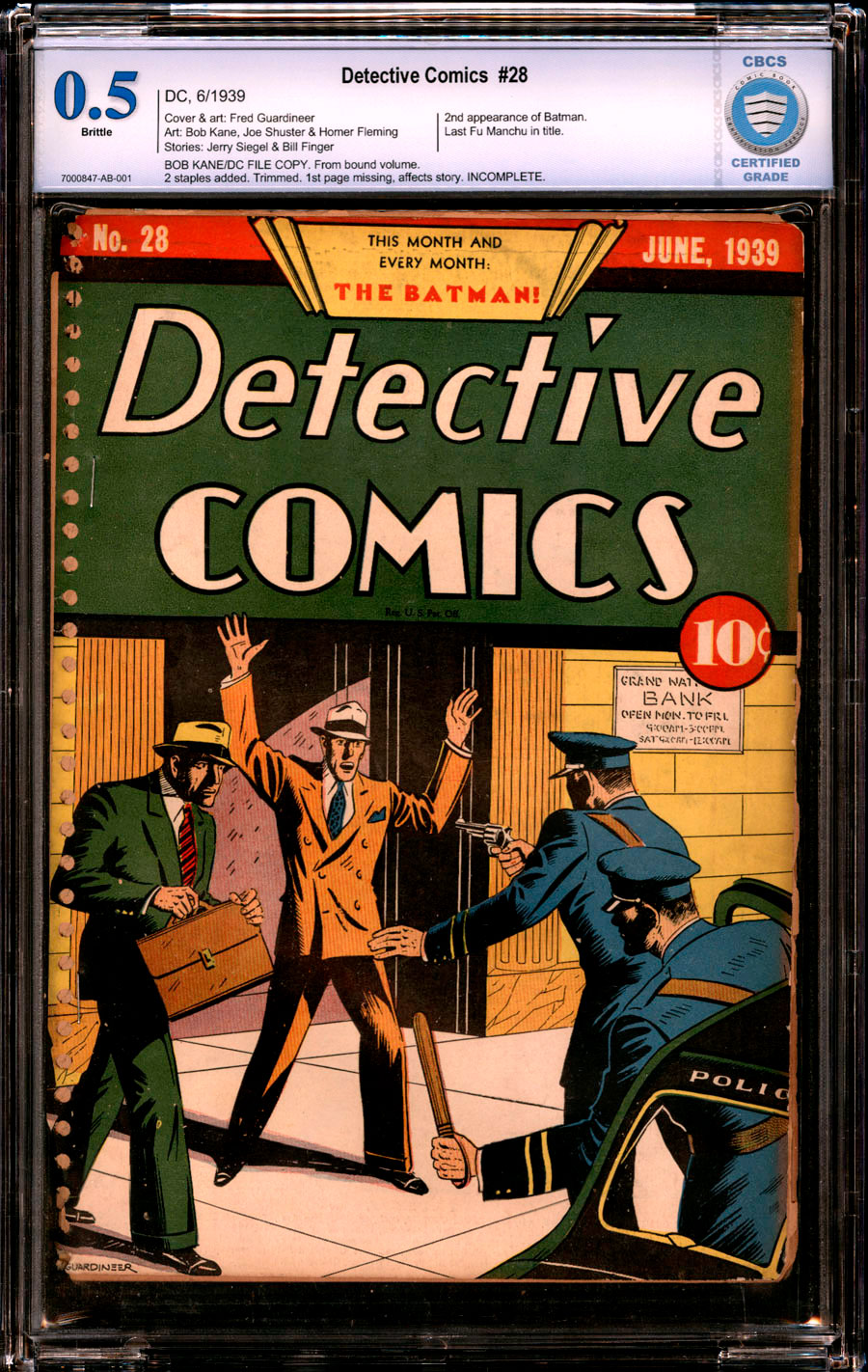 --
Accepting Offers
--
Offers
FYI there's no need to include decimal points(.).
Offer Confirmation
You are about to submit an offer of . If accepted, you are legally obligated to purchase the book. Are you sure you want to continue?
FYI there's no need to include decimal points(.).
Buy Confirmation
You are about to buy this item for , and will be legally obligated under the terms of our User Agreement to pay for it in a timely fashion. Continue?
PUBLISHER: DC
COMMENTS: brittle pgs, from bound volume, 2 extra staples added, not manufacturing, trimmed, incomplete: 1st page missing, affects story; lot includes replacement page from another copy
2nd app. of Batman; Kane, Shuster, Guardineer art (6/39)
Bob Kane File
Read Description ▼
Sell One Of These Inquire About This

Watch
brittle pgs, from bound volume, 2 extra staples added, not manufacturing, trimmed, incomplete: 1st page missing, affects story; lot includes replacement page from another copy
2nd app. of Batman; Kane, Shuster, Guardineer art (6/39)
Bob Kane FileThis might be the most undervalued non-key in the Overstreet Guide. Perhaps the cover led collectors astray, not realizing its importance as the second-ever appearance of the Batman. Within, though, Kane and Finger were doggedly building the noirish mythology of their shadowy new hero, easily outshining the Slam Bradley and Fu Manchu features shoring up the rest of the book. By the time this issue roared off stands and into adolescent back pockets, DC was no longer uncertain about the potential of their new creation.
Artists Information