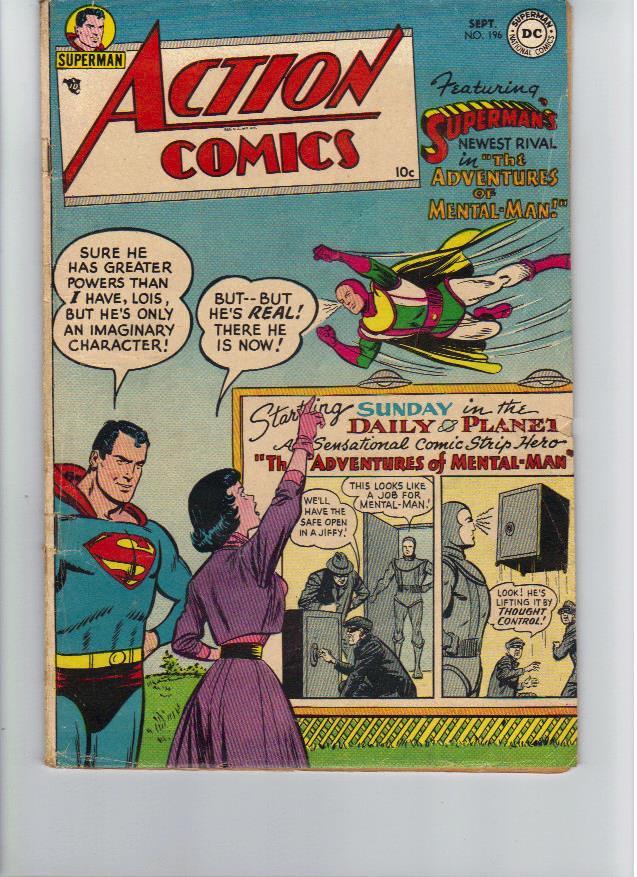 $90
Sold For
5
Offers
PUBLISHER: DC
COMMENTS: There is a tear in front cover.
Wayne Boring-a
Read Description ▼
Sell One Of These Inquire About This

Watch
There is a tear in front cover.
Wayne Boring-aThe Adventures of Mental Man; you know, they used to call me Mental Man in high school, but I don't think it was meant as a compliment
Artists Information