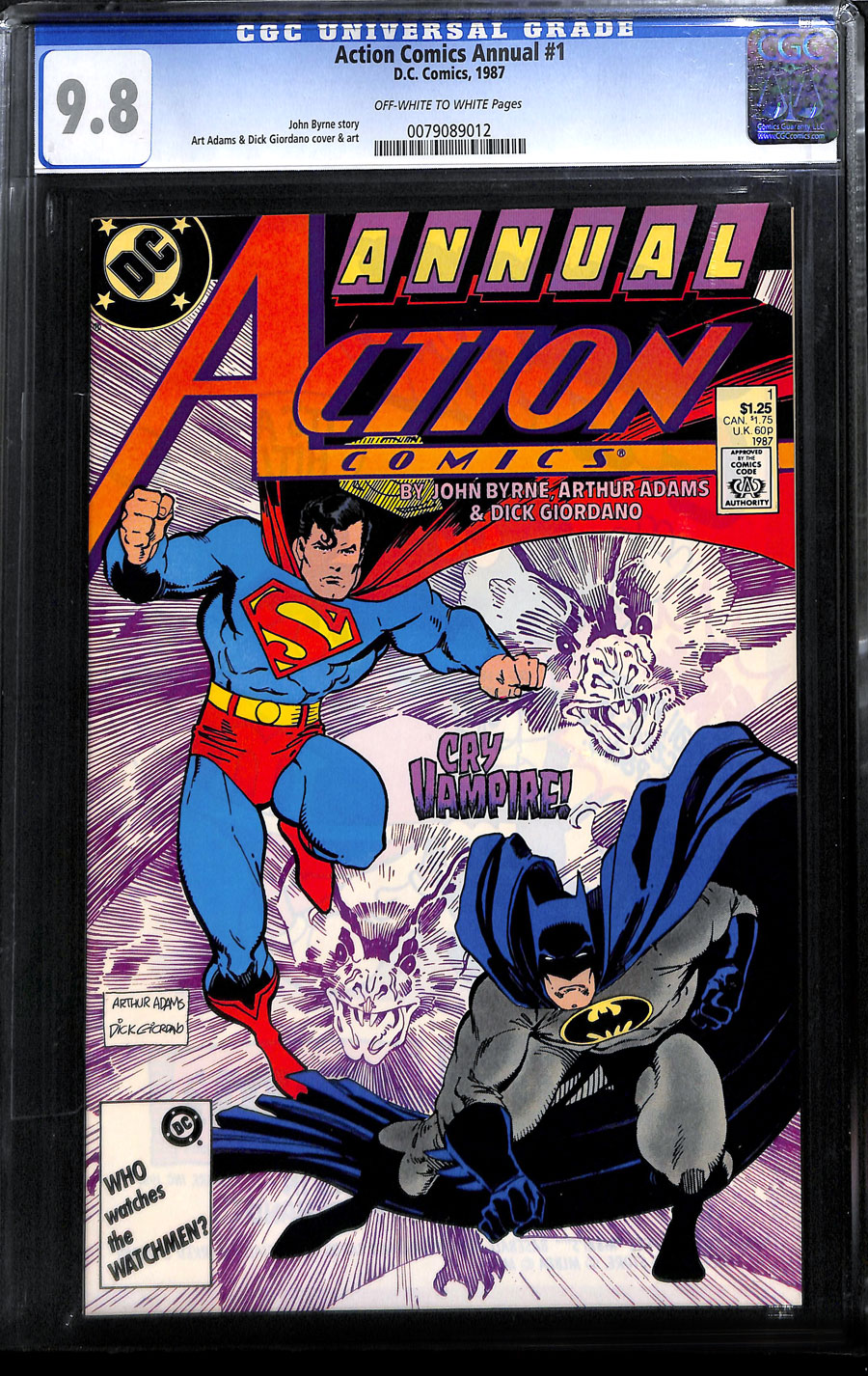 $57.00
Highest Offer
6
Offers
Offer Confirmation
You are about to submit an offer of . If accepted, you are legally obligated to purchase the book. Are you sure you want to continue?
Buy Confirmation
You are about to buy this item for , and will be legally obligated under the terms of our User Agreement to pay for it in a timely fashion. Continue?
PUBLISHER: DC
COMMENTS: ow/white pgs
Byrne script, Arthur Adams-a; Batman cover (1987)
Read Description ▼
Sell One Of These Inquire About This

Known for his high level of detail, this Bronze Age comic artist working for Marvel and then helping to create the creator-owned comic publisher Legend, has been inspiration for many modern artists.