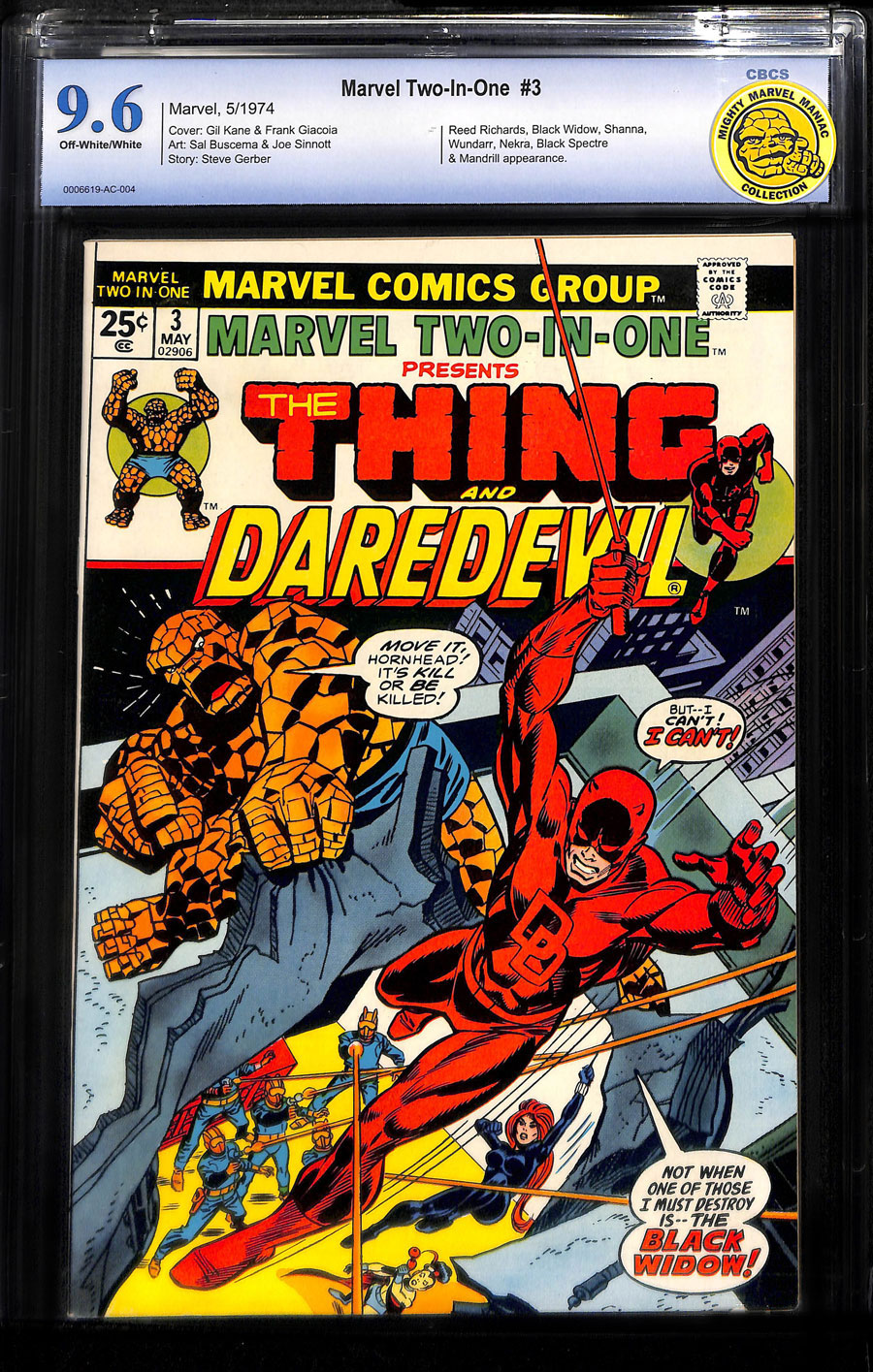 $72
Sold For
8
Bids
This auction has ended.
PUBLISHER: Marvel
COMMENTS: ow/w pgs
Thing/Daredevil (Btw, early issues of Marvel Two In One are sleepers. Buy them now!!)
Mighty Marvel Maniac Collection
Read Description ▼
Sell One Of These Inquire About This