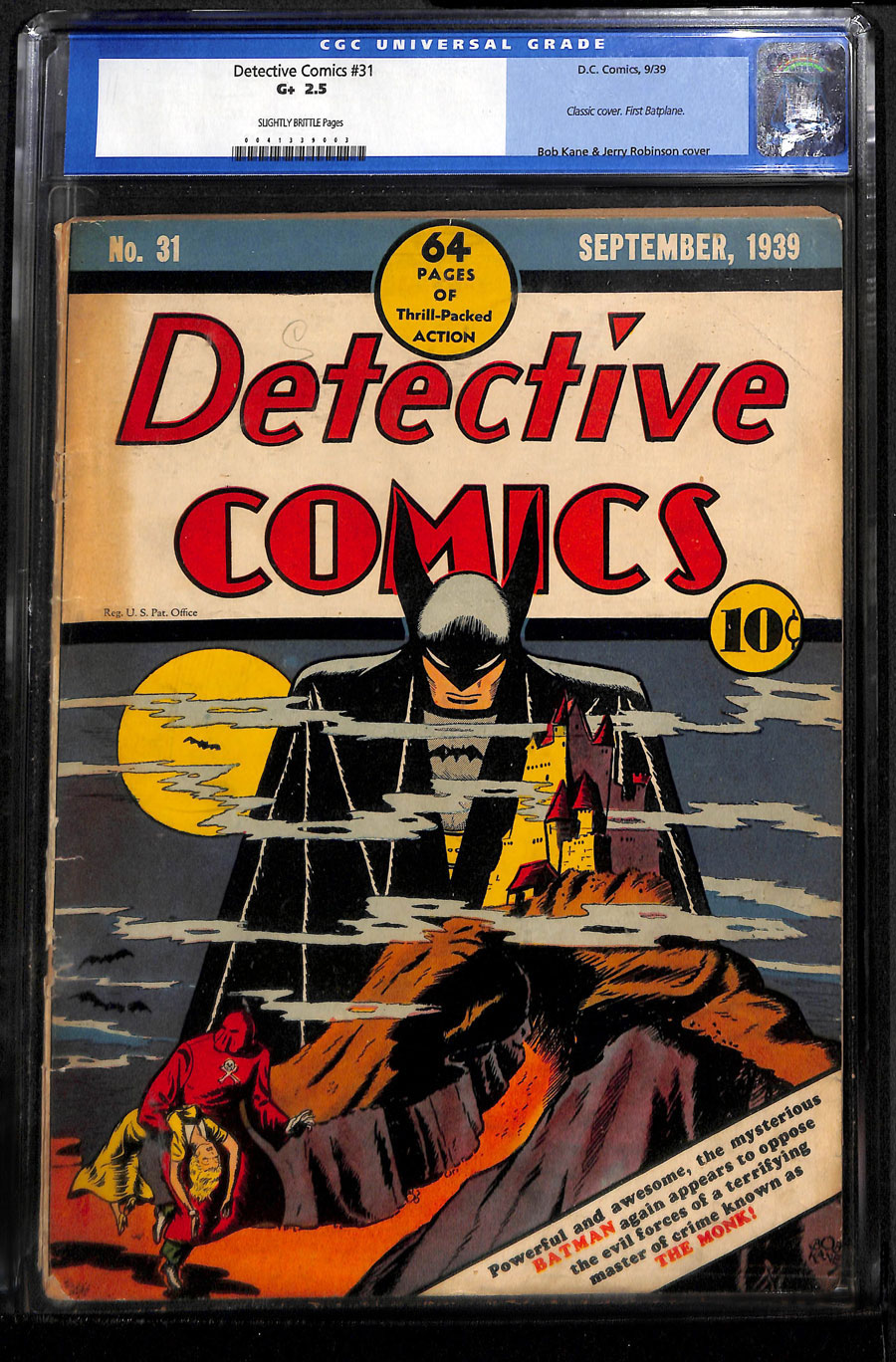 $42,000
Sold For
63
Bids
This auction has ended.
PUBLISHER: DC
COMMENTS: slightly brt pgs
classic Batman over castle cover by Bob Kane! 1st Batplane! (9/39)
Read Description ▼
Sell One Of These Inquire About This

Watch
slightly brt pgs
classic Batman over castle cover by Bob Kane! 1st Batplane! (9/39)Detective issues #27 and 38 may get all the attention, but true Bat-fanatics and Golden Age aficionados know that pre-Robin issues #28 through 37 contain some of the moodiest and compelling Batman stories ever published and some of the most dynamic covers of the pre-war era. This issue is probably the most famous and most difficult to obtain as it s adorned with the iconic Golden Age visage of the caped crusader. Dark, brooding, and classic, this cinematic image more than any other captures the drama and crude power of early Batman and easily demonstrates why so many Bat-collectors are nearly fetishistic about this brief but fertile period in the character s history. No serious DC Golden Age collection is complete without this masterpiece, which explains the feeding frenzy that ensues on the rare instances that copies make it to market. The Batman tale contained within this book s pages bears the distinction of introducing not only the Batgyro, a precursor to the Batplane, but also the famous Batarang, a useful tool still brandished by the Caped Crusader.Deep, vibrant colors enliven this copy of Detective Comics 31; a favored bonus for this CGC 2.5 copy. The comic can sometimes lack a richness on this spectrum, not this copy. The red ink in the title and on our mysterious villain are as lush as they were in 1939. The bright, full moon that looms over Batman's shoulder pops out of the foggy sky to illuminate the vengeful vigilante. These same bright-yellow inks are as vivid on the back-cover advertisement too. A definite must for any collector, bidding will be furious for this seventy-six-year-old totem.