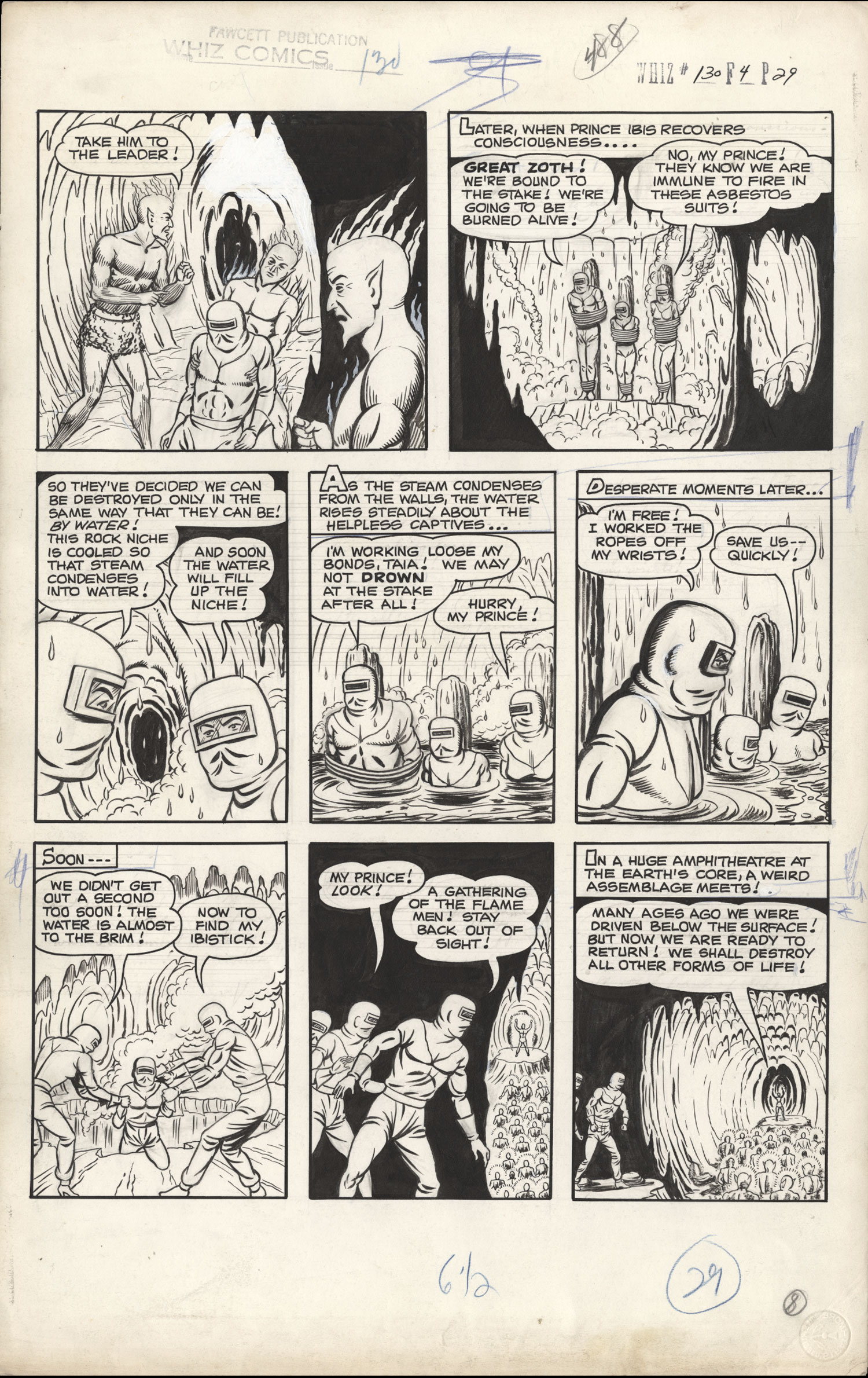 $220
Sold For
32
Bids
This auction has ended.
PUBLISHER: Fawcett
COMMENTS: Pg. 8 of Ibis story by Kurt Schaffenberger, pencil and ink on 22.5" x 14.5", bondage water torture panels
Read Description ▼
Sell One Of These Inquire About This

Watch
Pg. 8 of Ibis story by Kurt Schaffenberger, pencil and ink on 22.5" x 14.5", bondage water torture panelsGreat Zoth! On auction, we present a surviving portion of a Golden Age story illustrated by the heralded Kurt Schaffenberger. This is quite a lovely selection from which to choose for any would-be bidders. The pages feature the Great Prince Ibis in an exciting adventure where he and his "gal Friday" Taia investigate the mysterious death of several geologists. Upon transporting to Los Padres where a volcano blast has suspiciously destroyed the entire village, the duo is met by a boy too frightened to flee, who relates the story of molten rocks falling from the sky and transmogrifying into a destructive assembly of human torches.


Ibis the Invincible equips his party in flame-retardant asbestos armor to protect the trio against the mysterious flame men from the Earth's core. Golden Age art like this is exceptionally rare, surefire to make any fan want to grab their Ibistick and grant themselves a winning bid on all this amazing page.


After regaining consciousness for a second time in this story, Ibis the Invincible awakens to find himself and his friends lashed to stakes in the ground, The trio discover the Flame Men intend to drown them, as that is the only way the fiery bad guys can be defeated themselves, but instead of extinguishing Ibis' life-force, the water allows him to loosen his bonds, free his teammates, and spy on a meeting of the blazing baddies.