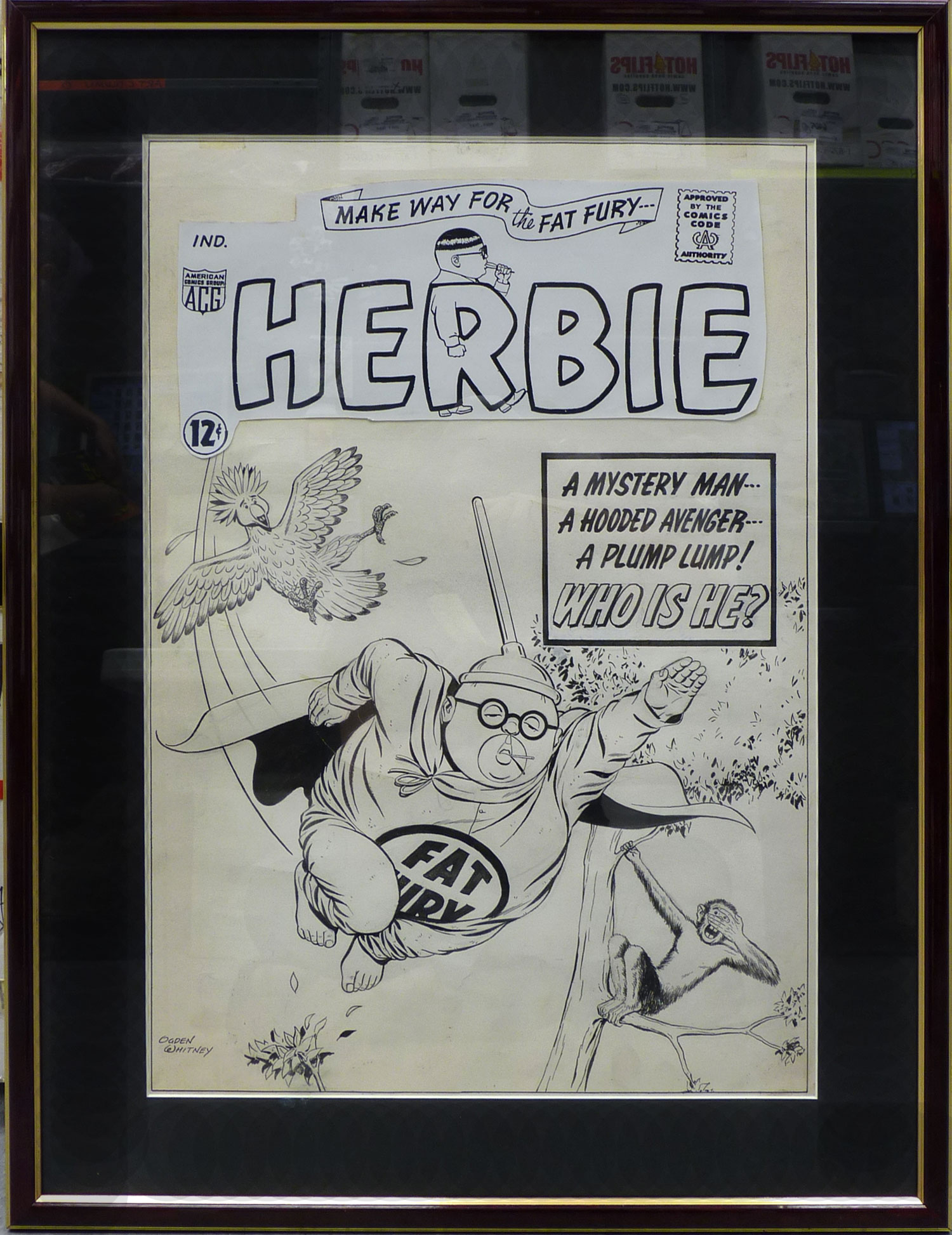 $4,811
Sold For
28
Bids
This auction has ended.
PUBLISHER: American Comics Group
COMMENTS: Ogden Whitney pencils, inks and signed; 15" x 22"
First Appearance of the Fat Fury!
Read Description ▼
Sell One Of These Inquire About This

Watch
Ogden Whitney pencils, inks and signed; 15" x 22"
First Appearance of the Fat Fury!Herbie, the unassuming sleeping giant, a sardonic, impatient, slacker, who possesses omnipotent powers, many of which come from his magical lollipops, with which his enemies will be assaulted, should they prevent his task.


First appearing in Forbidden Worlds #73, Herbie s character soon earned his own title. The humor was adult-oriented, with many jokes circulating around current events and celebrities of the era. As science fiction fell out of favor and superheroes came back, Ogden Whitney gave the character an alter-ego of his own, The Fat Fury! A pathetic-looking caped crusader, with a blue mask, union suit, and plunger for a helmet. Something so absurd, it worked, much like Ma  Hunkel s Red Tornado before him.


Ogden Whitney cut his teeth in the Golden era on titles like Rocky Ryan and Skyman, he employed his distinct and razor-sharp style to create incredible sci-fi and horror covers for A.C.G. s Forbidden Worlds and Adventures into the Unknown. He even contributed to the then fledgling, pre-Marvel Age, Atlas Comics, though his later career would find him working with the comic powerhouse once again.


You now can own the fabulous first appearance of the Fat Fury. Ogden s style helps create a realistic atmosphere for Herbie s otherwise insane world, which adds to the off-kilter comedy. Bid aggressively, unless ye be bopped with this here lollipop.