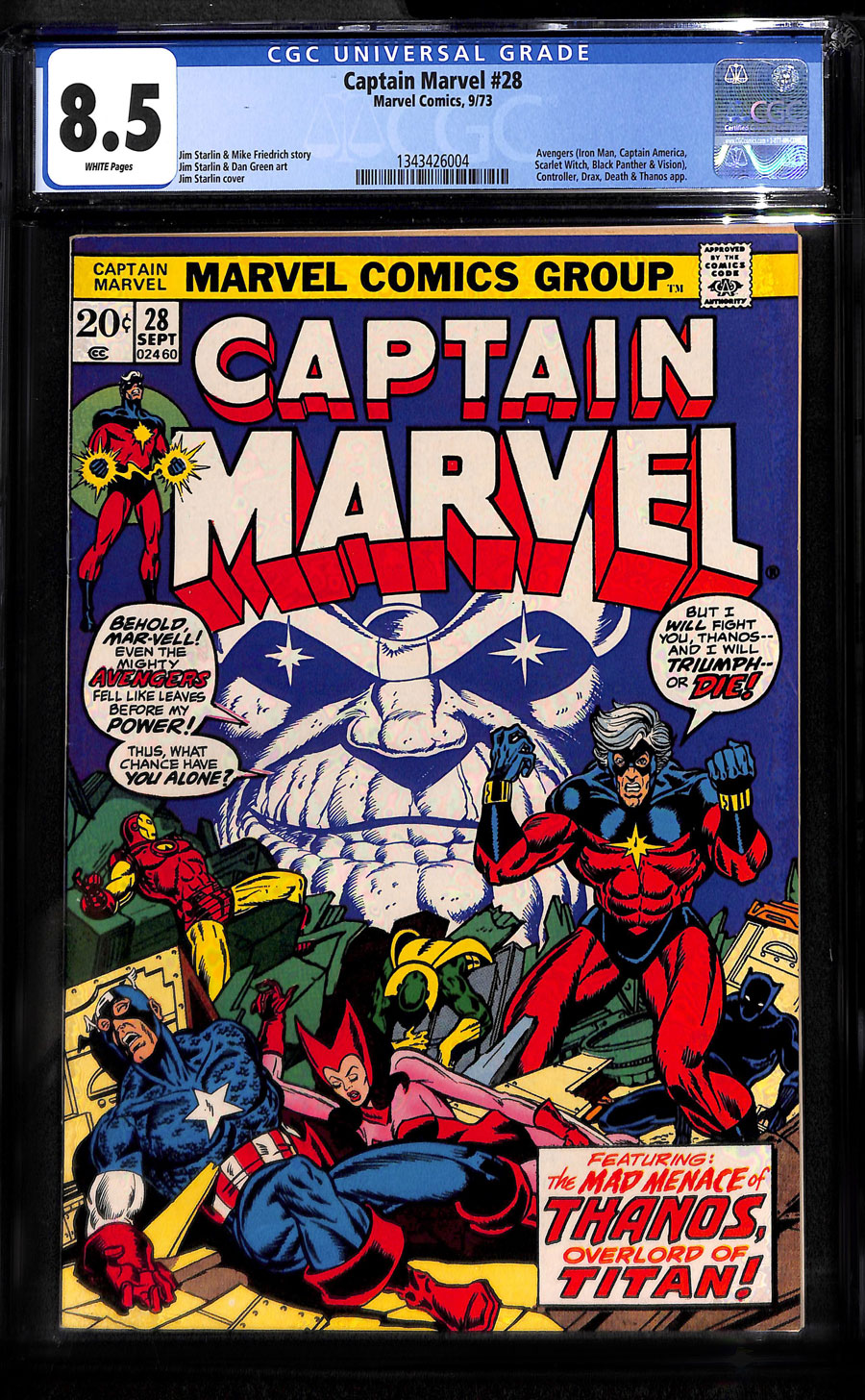 --
Accepting Offers
--
Offers
Offer Confirmation
You are about to submit an offer of . If accepted, you are legally obligated to purchase the book. Are you sure you want to continue?
Buy Confirmation
You are about to buy this item for , and will be legally obligated under the terms of our User Agreement to pay for it in a timely fashion. Continue?
PUBLISHER: Marvel
COMMENTS: white pgs
Starlin Thanos cover; Avengers app. (how long will it be before Marvel decides to have a movie based on these classic Starlin issues)
Read Description ▼
Sell One Of These Inquire About This

Watch
white pgs
Starlin Thanos cover; Avengers app. (how long will it be before Marvel decides to have a movie based on these classic Starlin issues)Thanos defeats Drax the Destroyer and obtains the Cosmic Cube--and that can't be a good thing! The Avengers (Captain America, Iron Man, the Scarlet Witch, the Vision, and the Black Panther) guest star in "When Titans Collide!" Plot, pencils, and script (chapter 2) by Jim Starlin, script (chapters 1 and 3) by Mike Friedrich, inks by Dan Green. (Splash page art retouches by John Romita Sr.). Captain Marvel battles the Controller. Drax the Destroyer appearance. Starlin cover pencils.
Artists Information