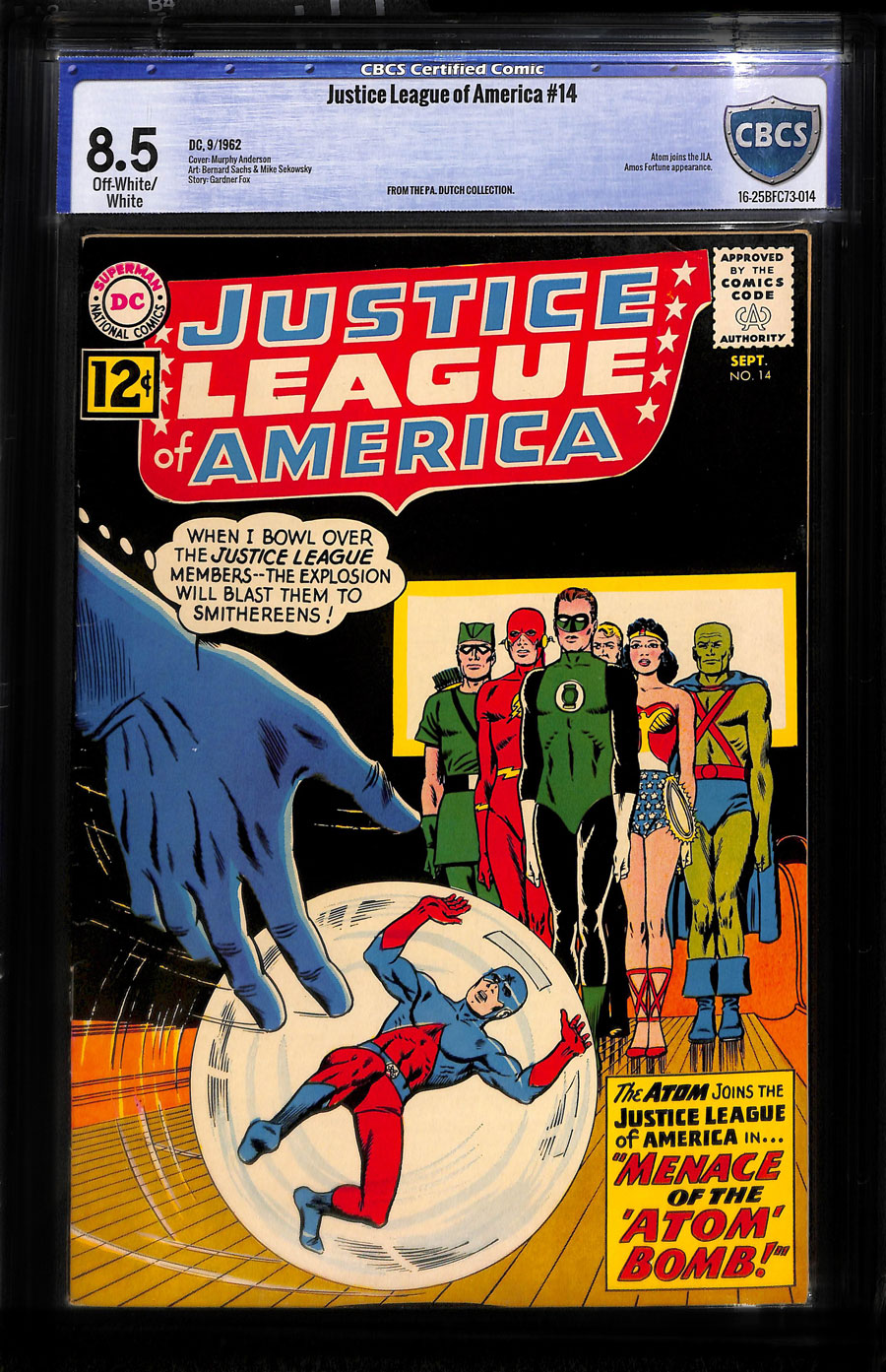 --
Accepting Offers
--
Offers
Offer Confirmation
You are about to submit an offer of . If accepted, you are legally obligated to purchase the book. Are you sure you want to continue?
Buy Confirmation
You are about to buy this item for , and will be legally obligated under the terms of our User Agreement to pay for it in a timely fashion. Continue?
PUBLISHER: DC
COMMENTS: ow/white pgs
Atom joins JLA; bowling cover (9/62)
Pennsylvania Dutch Copy
Read Description ▼
Sell One Of These Inquire About This

Watch
ow/white pgs
Atom joins JLA; bowling cover (9/62)
Pennsylvania Dutch CopyMuch like the Golden Age Atom was a member of the JSA, in issue #14 of JLA, the rebooted Silver Age Atom joins the hero team after a bit of a mystery is unraveled by the superteam. It seems when the League is considering a new hero to enlist to the group, they all vote for the Atom, but none of them seem to remember who exactly that is, after encountering the miniature hero, who has also forgotten his identity, everyone comes to their senses and hones in on their antagonist, one Mister Memory, who has even roped Batman into the confusion and chaos. And, yes, dear reader, the cover does not lie, there is a sinister bowling pin plot woven into this tale as well. But fear not, all is set right by the comic’s conclusion, and the Atom ends up joining forces with the JLA, and peace once again reigns over the land, at least until the next issue.