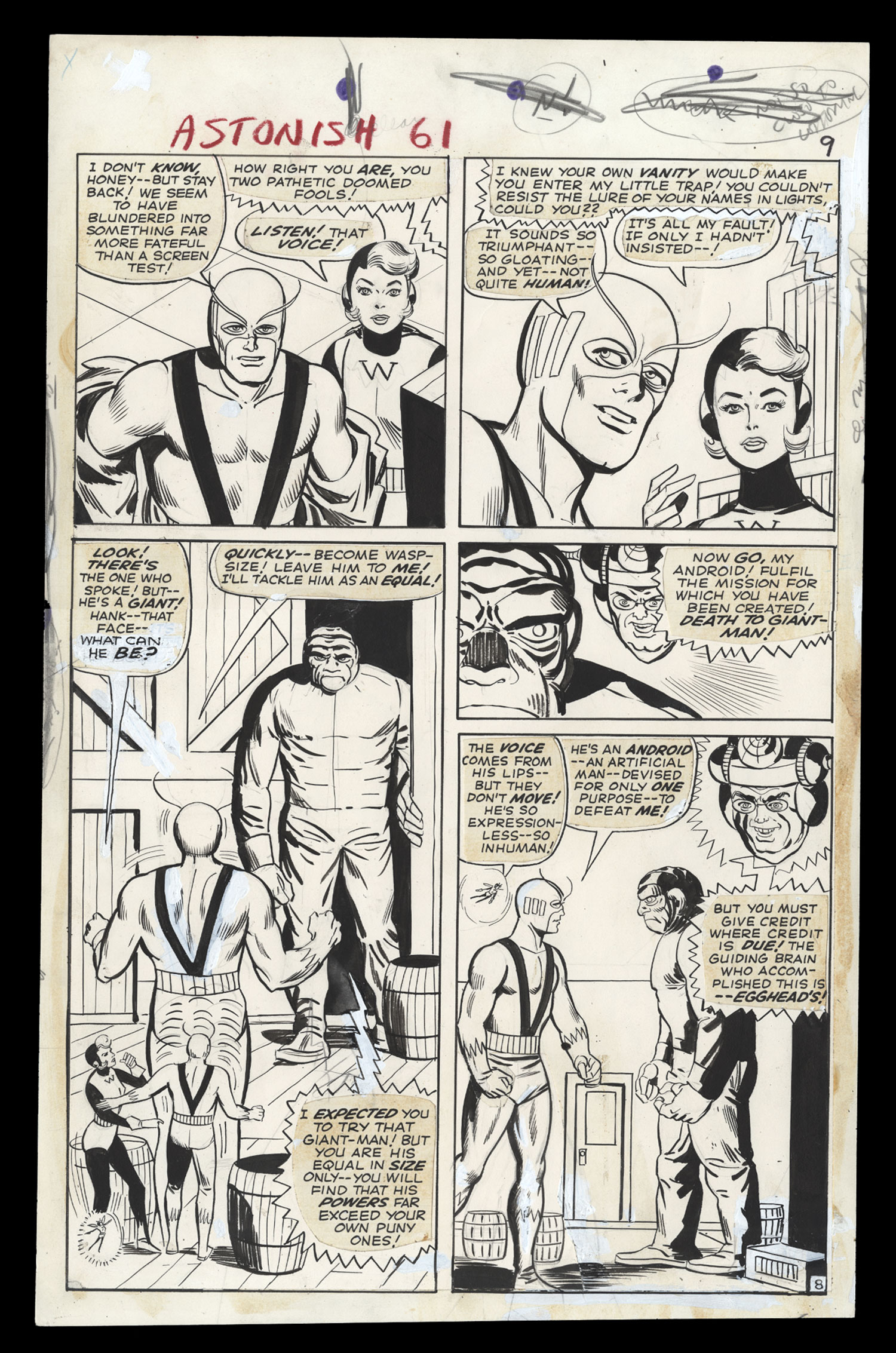 Watch
Pg. 9; Steve Ditko pencils, George Roussos inks; 13" x 21"
Features Hulk battling the indestructible robotUp for bidding we have classic Steve Ditko art of Giant Man and the Wasp of the Avengers, characters he rarely illustrated. This beautiful page has one of Ditko's signature creepy looking monsters in the over-sized robot that Giant Man is about to tangle with! Of course you are aware that this is the original drawing and that there are no others so if you appraciate the art of Marvel's Silver Age and Steve Ditko in particular, don't let it pass you by.
Artist Information