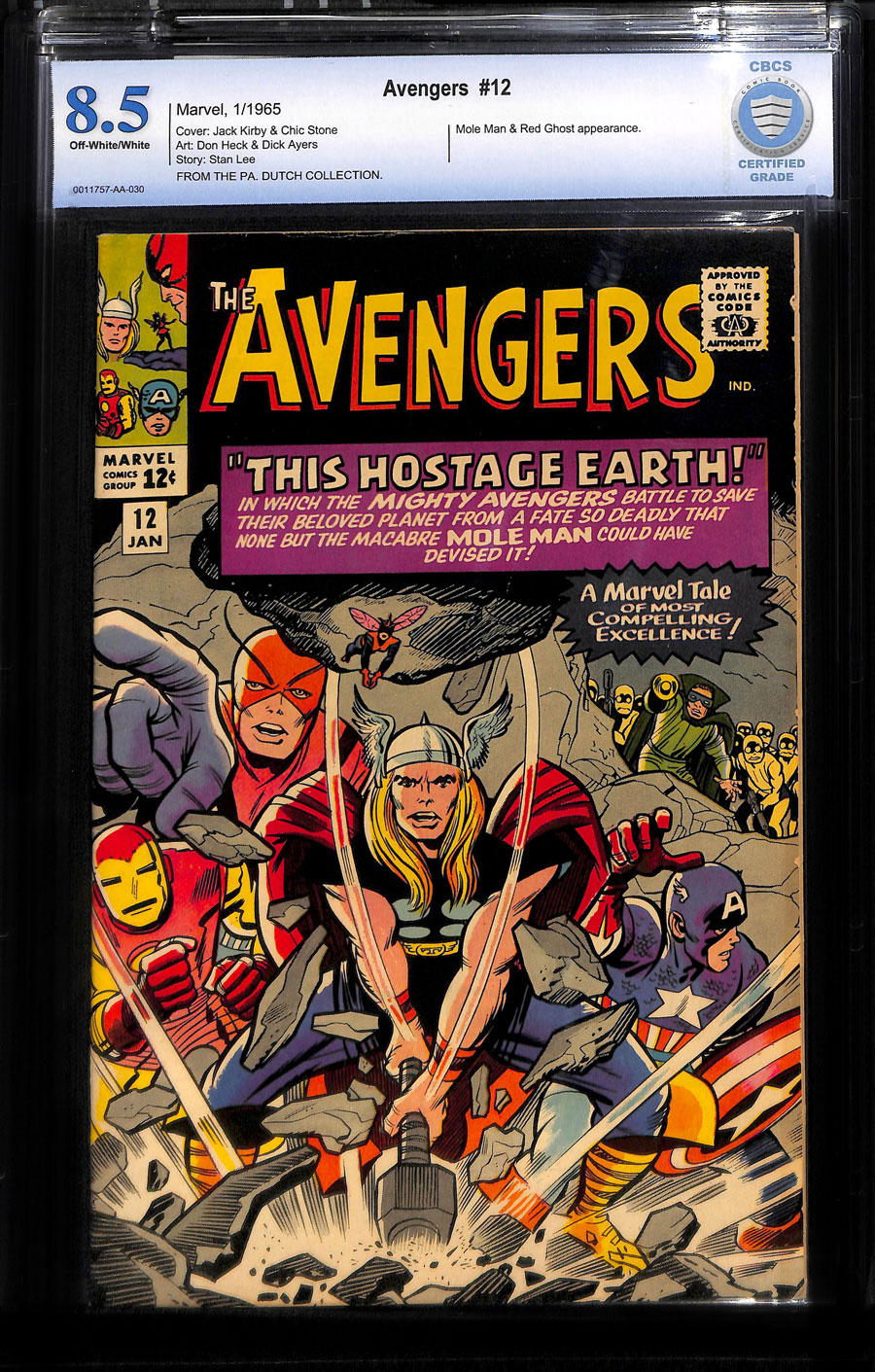 Watch
ow/white pgs
classic Kirby cover, letter from George R.R. Martin
Pennsylvania Dutch CopyCover pencils by Jack Kirby, inks by Chic Stone. "This Hostage Earth!" script by Stan Lee, pencils by Don Heck, inks by Dick Ayers; Ants warn Giant Man that there is something wrong, but none of the other Avengers believe him; In truth, it is the Mole Man, who plans to destroy the surface world by making the Earth spin very fast on its axis; And now, with his new ally the Red Ghost, how can he be stopped? Avengers Roll Call: Captain America, Thor, Iron Man, Giant Man, Wasp, and Rick Jones. Villains: the Red Ghost, the Mole Man, and the first appearance of Monk Keefer.
Artists Information