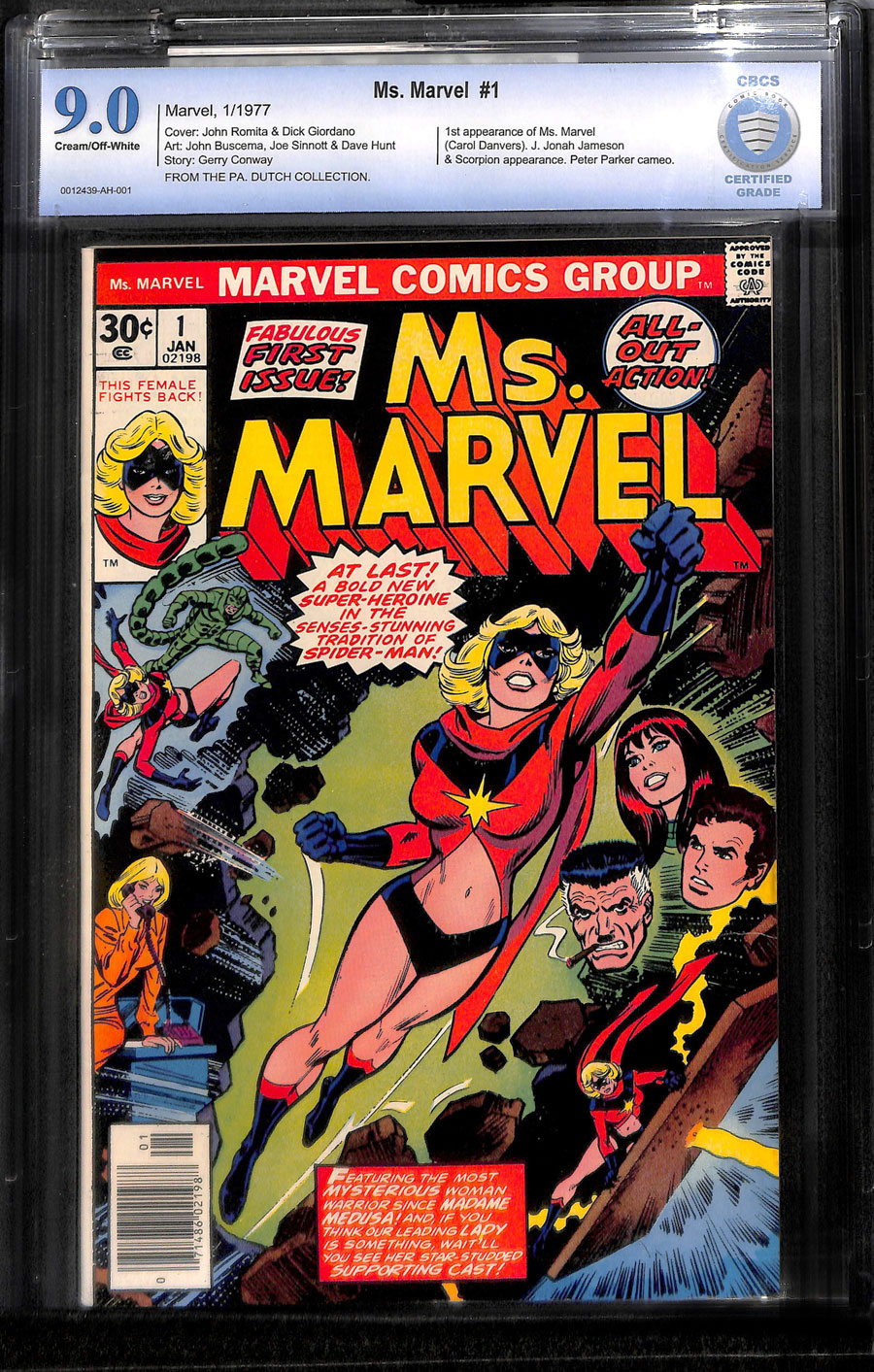 $150.00
Highest Offer
1
Offers
Offer Confirmation
You are about to submit an offer of . If accepted, you are legally obligated to purchase the book. Are you sure you want to continue?
Buy Confirmation
You are about to buy this item for , and will be legally obligated under the terms of our User Agreement to pay for it in a timely fashion. Continue?
PUBLISHER: Marvel
COMMENTS: crm/ow pgs
Romita cvr; 1st Carol Danvers as Ms. Marvel
Pennsylvania Dutch Copy
Read Description ▼
Sell One Of These Inquire About This

Watch
crm/ow pgs
Romita cvr; 1st Carol Danvers as Ms. Marvel
Pennsylvania Dutch CopyFrom the pages of Marvel Super-Heroes #13 Carol Danvers returns as Ms. Marvel, the first character to employ the feminist “Ms.” moniker. After being caught in an explosion with the original Kree Captain Marvel, Danvers’ DNA was altered and as a result she gained fantastic superpowers. Unlike other heroines who bear the name of their male counterparts (like Supergirl), Ms. Marvel is very much her own hero. Carol’s characterization was progressive for the time as she was the embodiment of strength and was inspired by the feminist movement’s struggle for identity, self-liberation, and fairness. She is further described by former editor-in-chief Joe Quesada as a character who wasn’t designed just to take part in stories but to own center stage, which was achieved by giving her worthy challenges to overcome. An argument could be made that Carol has transcended her male corollary, playing a pivotal role in major crossover events, and has even gone on to lead teams in various titles. The character has also been noted as one of Marvel Comics most recognizable female characters and one of the most powerful. Carol Danvers adopted the Captain Marvel codename after the death of the original hero, building a new legacy in honor of her predecessor. Actress Brie Larson stars as Carol Danvers in the Marvel Cinematic Universe launching her big screen debut in “Captain Marvel,” and appearing most recently in the smash hit “Avengers: Endgame” furthering the character’s already vast fanbase.
Artists Information