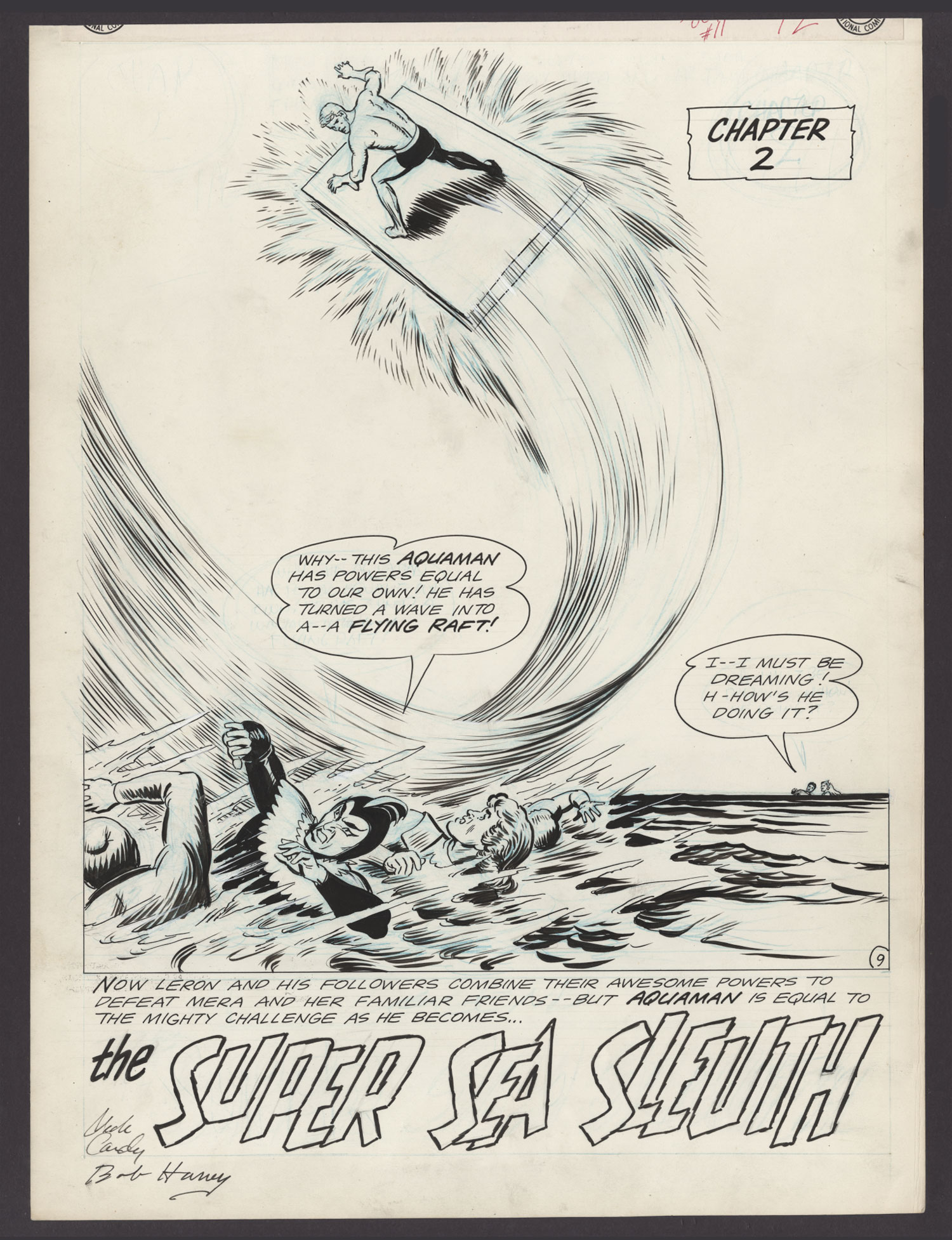 Watch
Pg 9 Chapter 2; Nick Cardy pencils, inks and signed; 14.5 x 19.25"
1st Mera app.Feast your eyes on a watery magic carpet ride. This splash page from the incendiary talents of Nick Cardy is a preview of things to come as two advertising pages prior, our heroes were left trapped in the clutches of the powerful Leron, the nefarious usurper to the throne of queen Mera. This cliffhanger intro assured readers in 1963 that the foes from Dimension Aqua would not get the best of our titular character who would soon find a way to rescue Mera, in her comic book debut, from her would be saboteurs.


Nick Cardy penned and inked this entire issue. His never-ending talents dazzled readers with new and ingenious ways for these super-abled opponents to manipulate the oceans in epic battles. Consider each watery ripple drawn and expertly present. Attention to details such as these allows the audience to be transported to a porthole view of all the action.