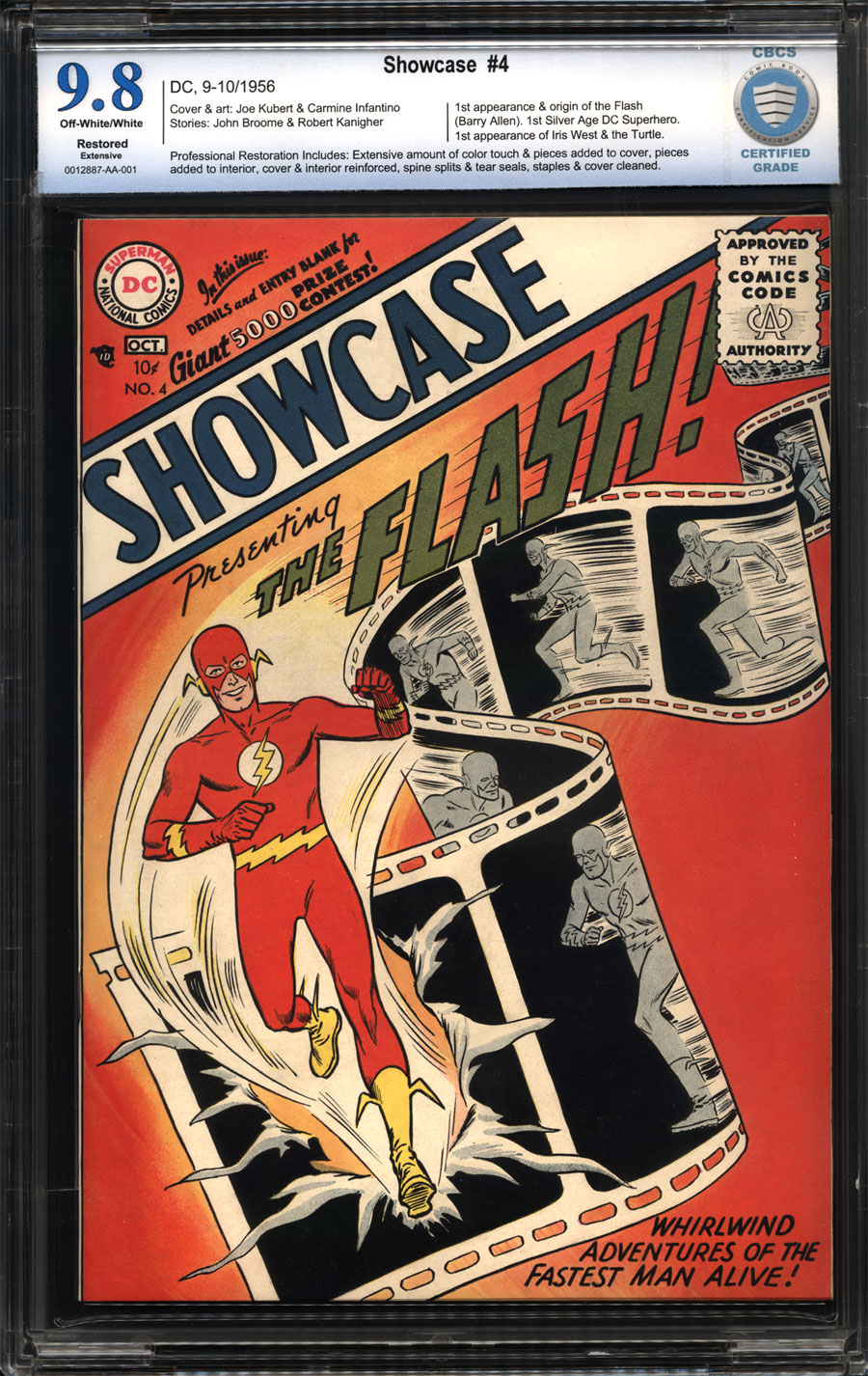 --
Accepting Offers
--
Offers
FYI there's no need to include decimal points(.).
Offer Confirmation
You are about to submit an offer of . If accepted, you are legally obligated to purchase the book. Are you sure you want to continue?
FYI there's no need to include decimal points(.).
Buy Confirmation
You are about to buy this item for , and will be legally obligated under the terms of our User Agreement to pay for it in a timely fashion. Continue?
PUBLISHER: DC
COMMENTS: ow/white pgs Ext. (P): ext amt ct & pcs added cvr, pcs added int., cvr & int. reinforced, spn splits & tr sls, stpls & cvr clnd
Silver Age begins here; origin and 1st app. Flash (Barry Allen) & 1st app. Iris West; Comic Book Impact rating of 10 (CBI)
Read Description ▼
Sell One Of These Inquire About This

Watch
ow/white pgs Ext. (P): ext amt ct & pcs added cvr, pcs added int., cvr & int. reinforced, spn splits & tr sls, stpls & cvr clnd
Silver Age begins here; origin and 1st app. Flash (Barry Allen) & 1st app. Iris West; Comic Book Impact rating of 10 (CBI)It is widely held that Showcase #4 didn't just introduce the modern version of the Flash -- the issue may have saved the entire comic book industry from impending collapse. Before Julius Schwartz re-designed the Fastest Man Alive, superheroes were an afterthought in post-war comic books. Showcase #4 made a strong impression on readers as the story resonated on multiple levels. The Flash has now enjoying renewed popularity with a weekly television show on the CW network, bringing forth another character from print to film and increasing demand for his first appearance. What price can you put on this book? A hero book which is a hero unto itself, acting as the savior for an entire wing of international pop culture. Who knows what may have become of comics if it were not for this special piece of inspiration.
Artists Information