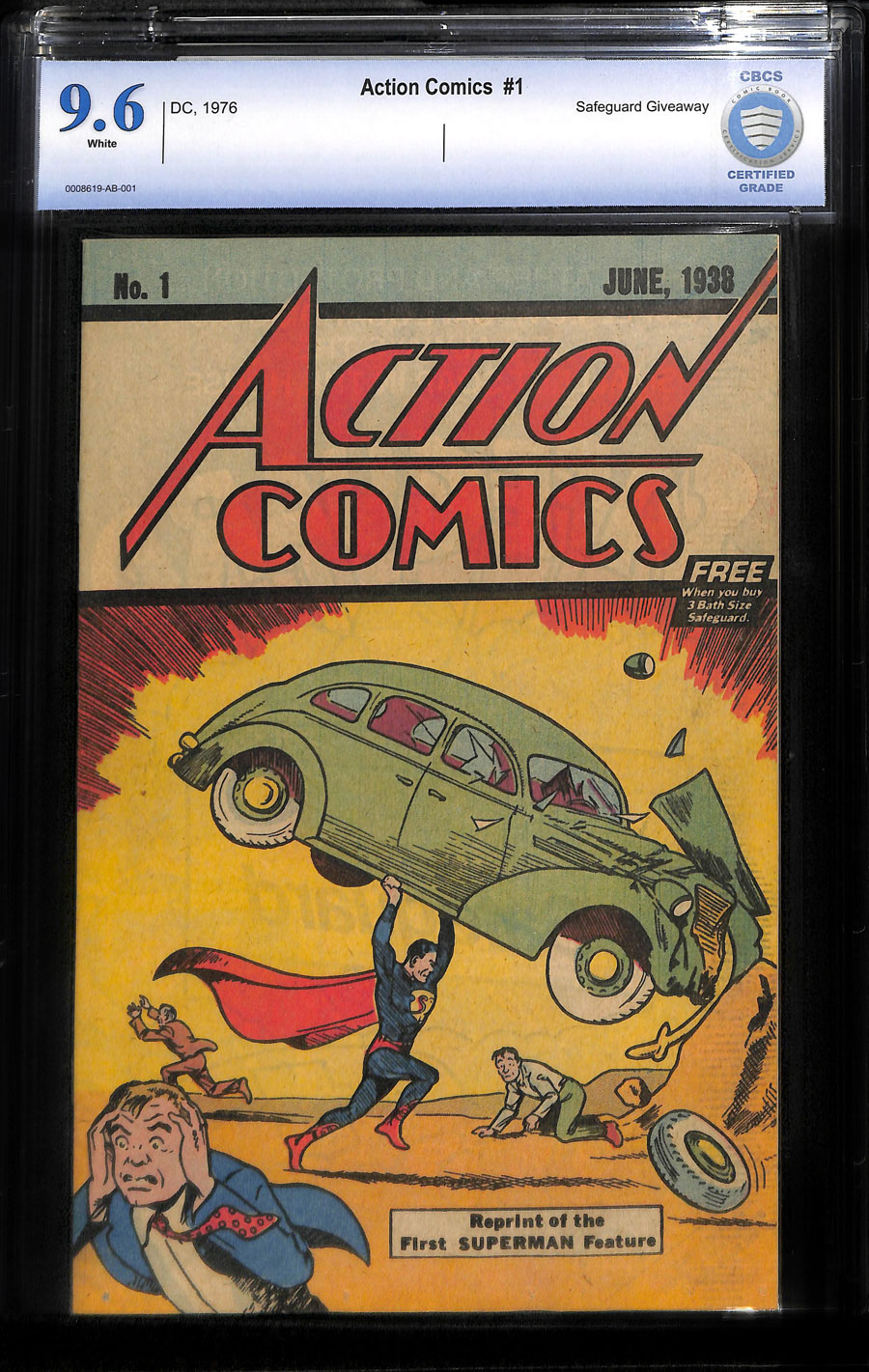 Watch
white pgs; Safeguard Giveaway REPRINT
1st Superman by Siegel and ShusterThe most important comic book in history, Action #1 stands as the introduction of the archetype of all other heroes to come as Superman transcends comics and pop culture as an icon of truth, justice, and the American way!