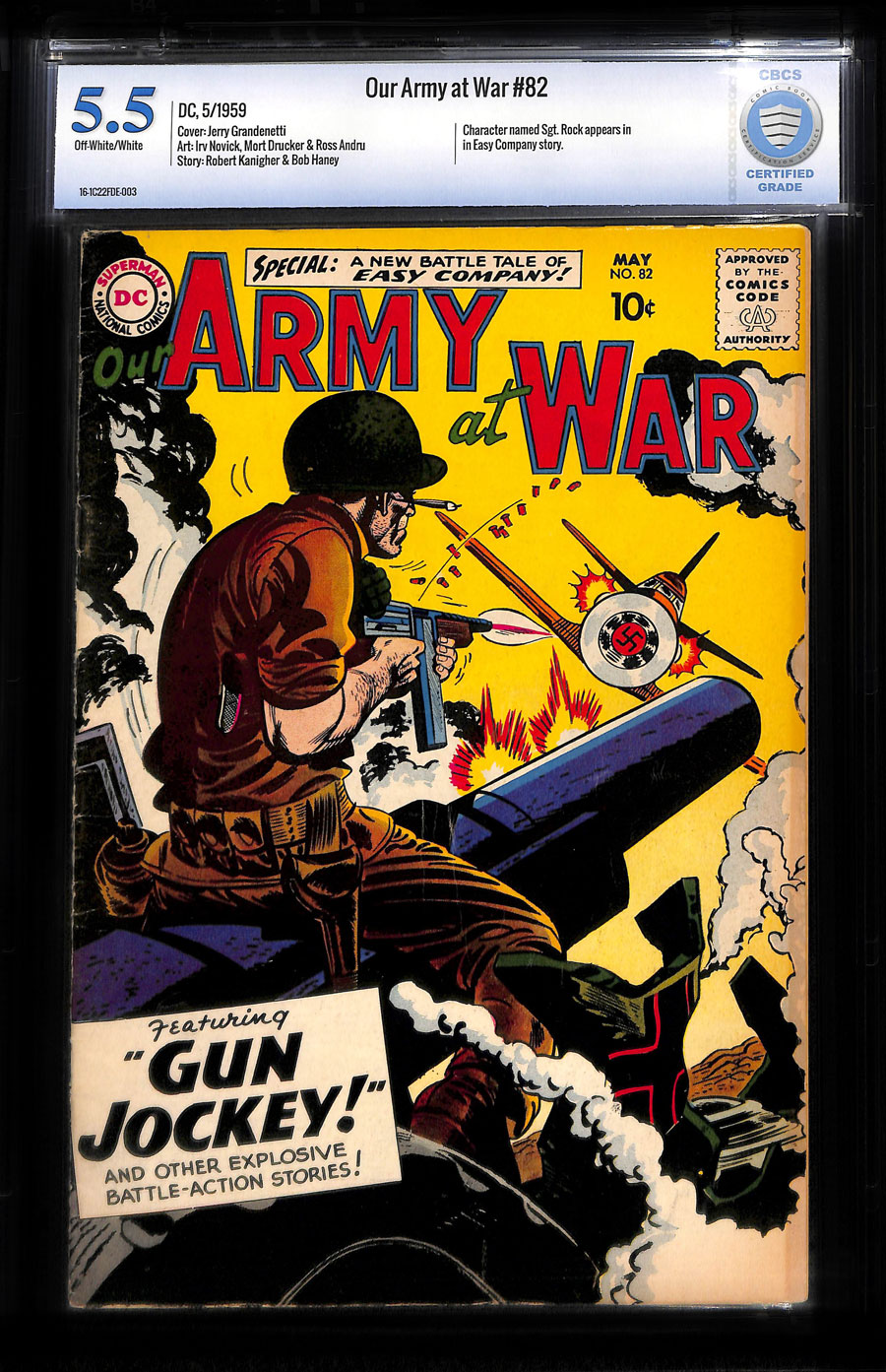 $344.35
Sold For
16
Bids
This auction has ended.
PUBLISHER: DC
COMMENTS: ow/w pgs
1st app. Sgt. Rock under his own name
Read Description ▼
Sell One Of These Inquire About This