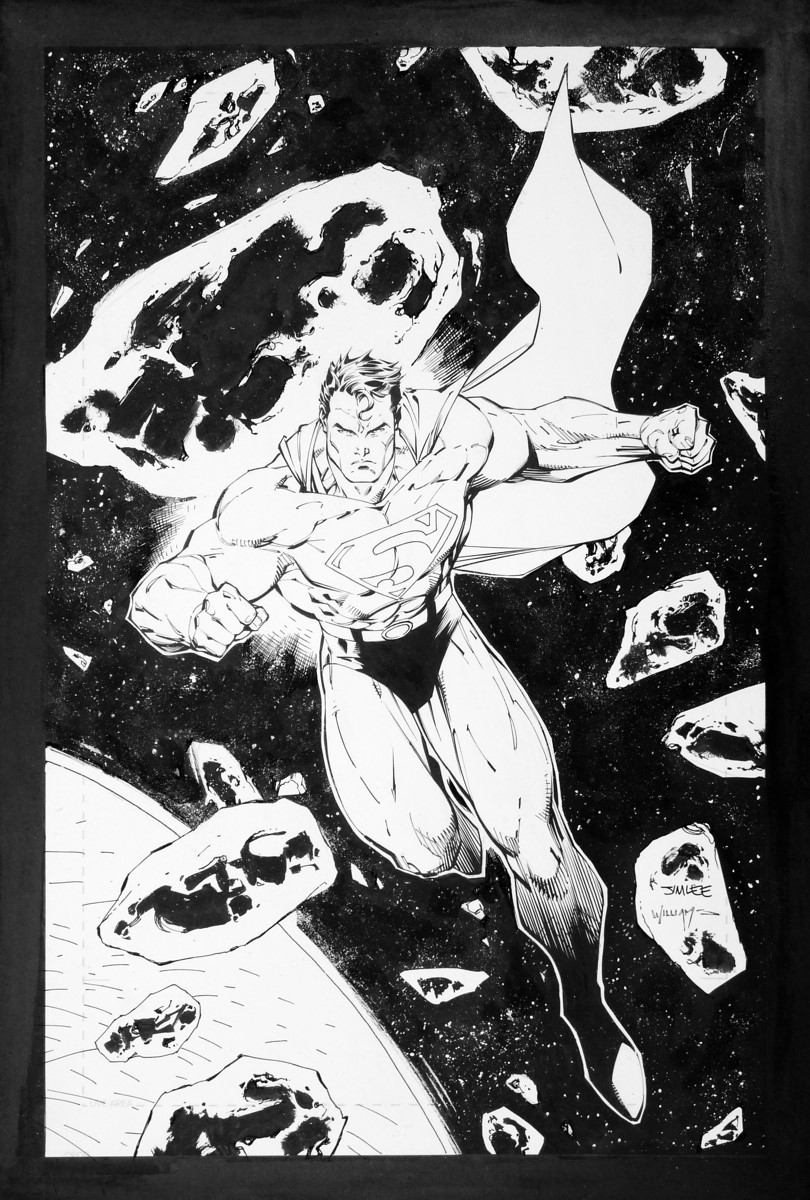 Watch
Jim Lee pencils/Scott Williams inks; Superman cover; 2004; image size 10" x 15.5"Superman strikes a pose in space as rendered by the incomparable team of Lee and Williams. Their work on Superman is considered some of the highlights of their collaboration at DC Comics. This image was used, without the background, as part of the jam cover to Wizard #148 paired with a Supergirl drawing by Michael Turner. This amazing piece was also published in Absolute Superman HC. Pen and ink. Art is in excellent condition. Signed by Lee and Williams.
Artist Information