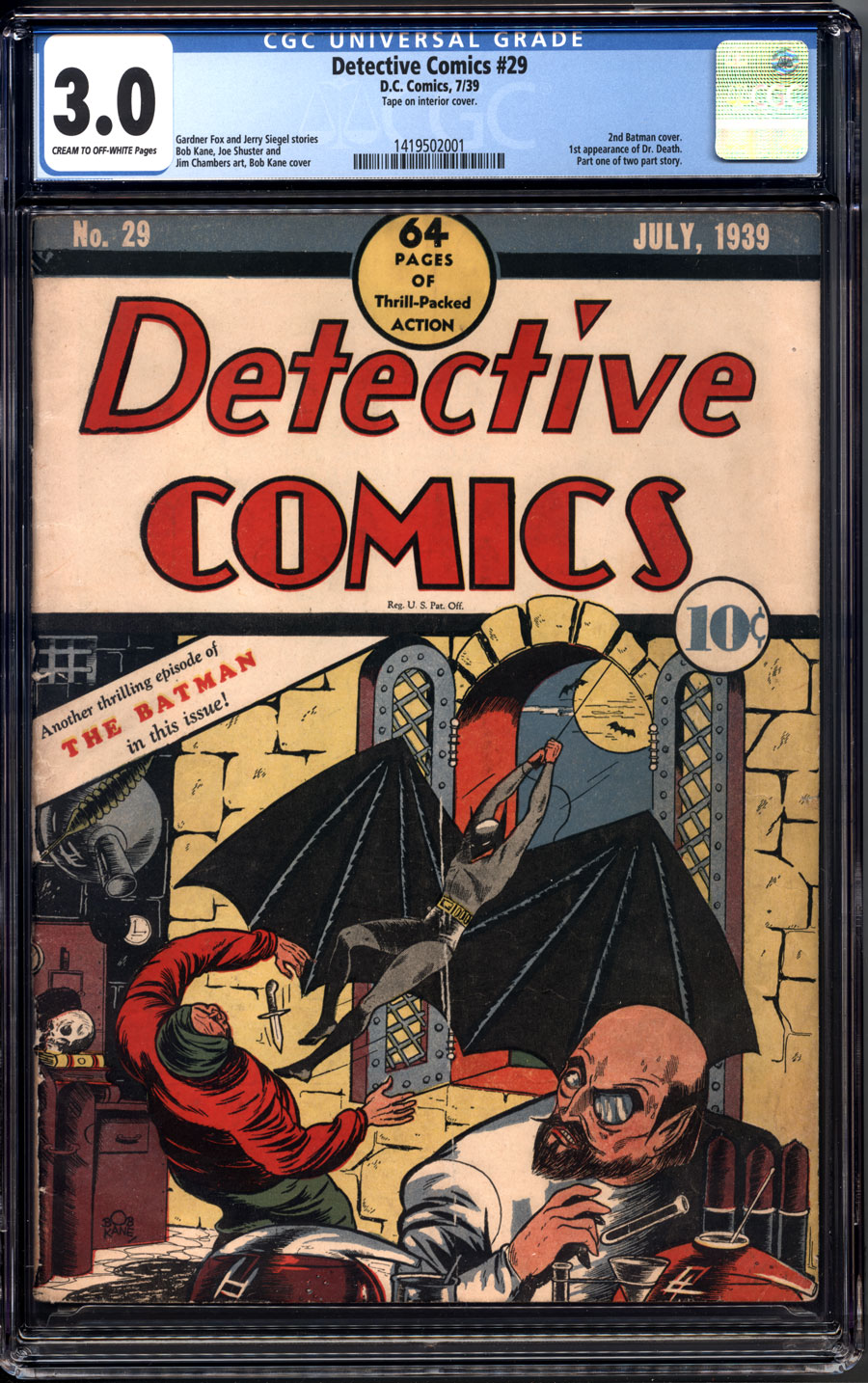 Watch
crm/ow pgs; tape int. cvr
1st app. Dr. Death; 2nd Batman coverThe looming castle, the night gloom, the dark cape, the evil scientist -- the influence of Pre-Code Horror cinema on Bob Kane's nocturnal creation is nowhere more evident than on this classic and painfully rare cover, one of the pre-Robin Detective issues over which Bat-collectors drool. You haven't really experienced the crude power of these early Bat-books until you've seen them in their original pulpy glory, and this second-ever cover appearance by the Batman packs a powerful punch. The story therein pits the Caped Crusader against Dr. Karl Hellfern, aka Doctor Death, who, like all great villains, intends to take over the world, but first, must rid himself of that meddling Batman, which leads to an action-packed tale of mayhem. It's well documented that once Batman received his own title the stories became a bit tamer than the ones depicted in early Detective Comics. This issue is no exception as Batman takes a bullet to the shoulder in this tale. How's that for gritty?For this copy of just the third adventure of the Bat, excellent eye appeal reigns supreme. All of Dr. Death's cliched castle accoutrements are sharply presented in their original pulpy glory. Colors and corners have remarkably survived the sands of time. A notable feature also worth considering, according to the CGC census, only 30 unrestored issues have been certified, with 56 graded issues in total, rare and desirable are mere understatements. Gape-jawed punters step aside; this is for serious Bat-fanatics only.