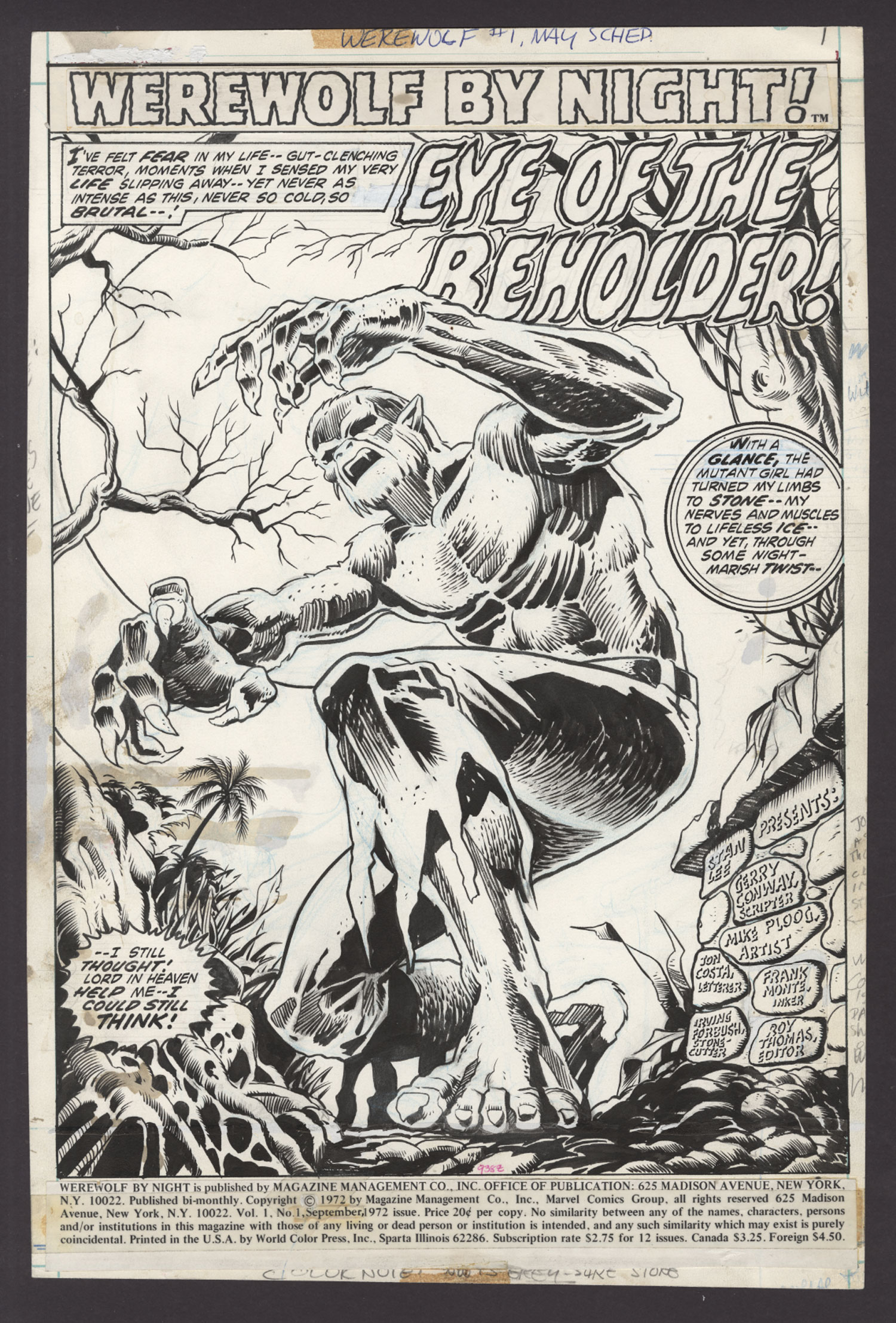 DESCRIPTION
Share This:
Pg. 1; Mike Ploog pencils, Frank Chiaramonte inks; 11" x 17"Monsters loomed large in early 1960's kid culture. The Universal monster movies played ad nauseum on weekend television while Famous Monsters of Filmland injected Frankenstein, the Wolf Man, and Dracula directly into the growing brains of young boomers. Once the post-WWII boom babies came of age as artists and writers, they naturally indulged their childhood love of monster mashes and paid tribute to the EC comics and horror mags of their youth. One of the most successful of the early Bronze Age horror boom titles was Marvel's Werewolf By Night, evocatively rendered by Eisner acolyte Mike Ploog, who began his career working at the feet of the Spirit creator himself, then rapidly grew into an overnight cult favorite with his gleefully cartoonish Warren art. Eventually hiring on at the House of Ideas, he helped inspire a whole new generation of monster-lovers with this still-beloved lycanthrope title. This killer splash from the character's debut issue shows the influence of the immortal Eisner on Ploog, as the cinematic framing, expertly balanced blacks, and deft caricature create an indelible image both foreboding and inviting, like a horror movie host on paper.