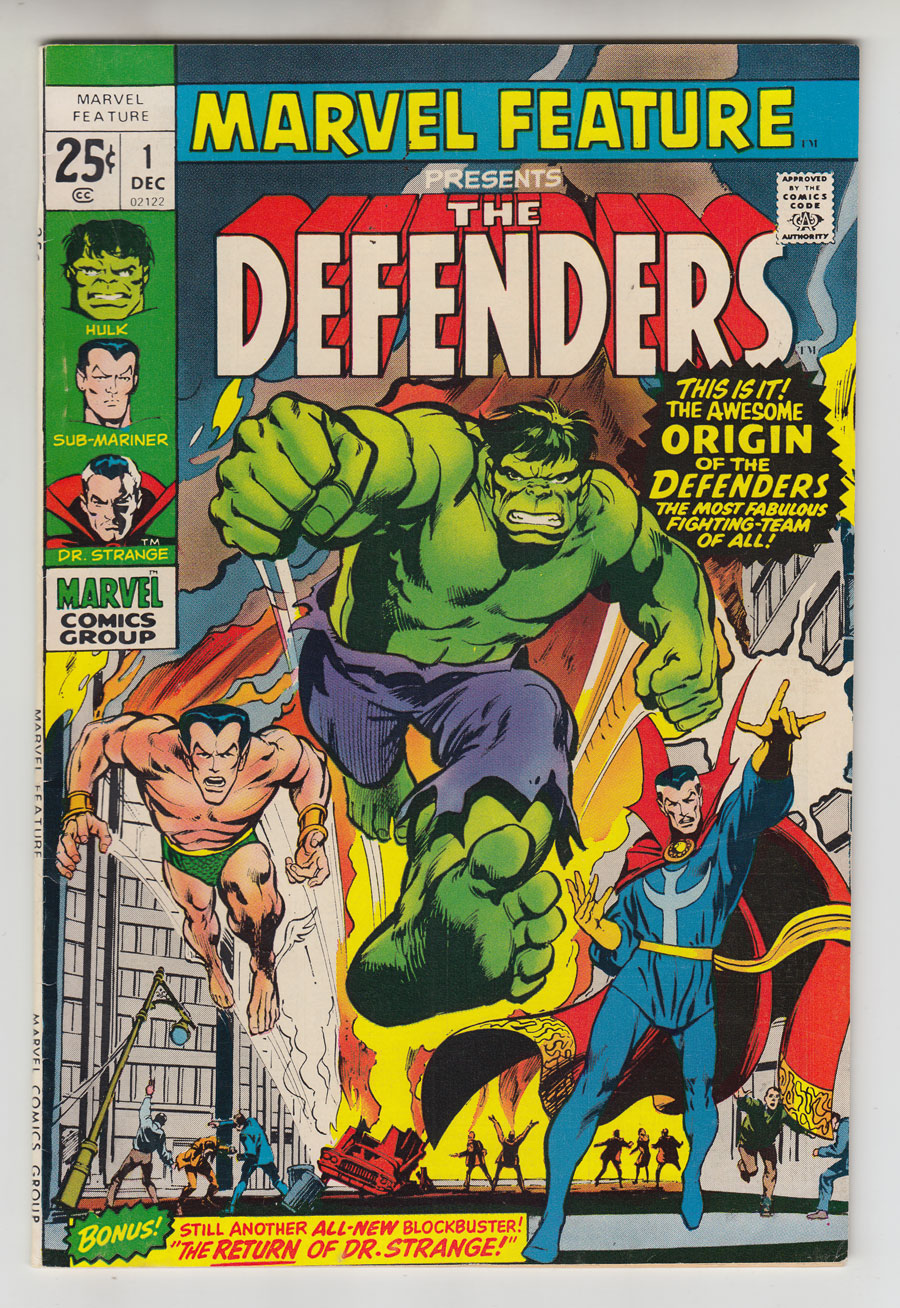 $225.00
Highest Offer
3
Offers
Offer Confirmation
You are about to submit an offer of . If accepted, you are legally obligated to purchase the book. Are you sure you want to continue?
Buy Confirmation
You are about to buy this item for , and will be legally obligated under the terms of our User Agreement to pay for it in a timely fashion. Continue?
PUBLISHER: Marvel
COMMENTS: white pgs
1st app. Defenders (Netflix series); Neal Adams cover
Pennsylvania Dutch Copy
Read Description ▼
Sell One Of These Inquire About This

Watch
white pgs
1st app. Defenders (Netflix series); Neal Adams cover
Pennsylvania Dutch CopyAs far as super-hero teams go, the Defenders are ultimately the most ragtag team of individuals trying to accomplish a single goal. Unlike the Avengers or Justice League, the Defenders are comprised of solo heroes with little to no affiliation with each other who mostly have their own agenda. With the cancellation of Doctor Strange’s comic, the formation of the team is the result of several crossover story arcs from Doctor Strange #183, Sub-Mariner #22, and Incredible Hulk #126, where the heroes unite to fight off an extra-dimensional invasion of demons. In the beginning the team was anchored by Strange and Hulk dealing with mystical threats, but unlike many other supergroups in comics the Defenders had a very unstable roster, including such disparate heroes as Silver Surfer, Valkyrie, and Luke Cage. Throughout the years the team would be led by different heroes assembling the squad for various missions, such as Doctor Strange forming his own "Secret Defenders" and Valkyrie enlisting her own "Fearless Defenders.” In 2014 Marvel teamed up with Netflix to create shows for some of their characters like Daredevil, Luke Cage, Jessica Jones, and Iron Fist, the heroes banded together in a crossover mini-series named “The Defenders,” making it the first on-screen appearance of the superhero team. With the Defenders now an A-list team in the comics world, and nearly all of their characters’ TV rights back with Marvel Studios a new series is likely in the works down the line, promising to drive up the value of this book once again.
Artists Information