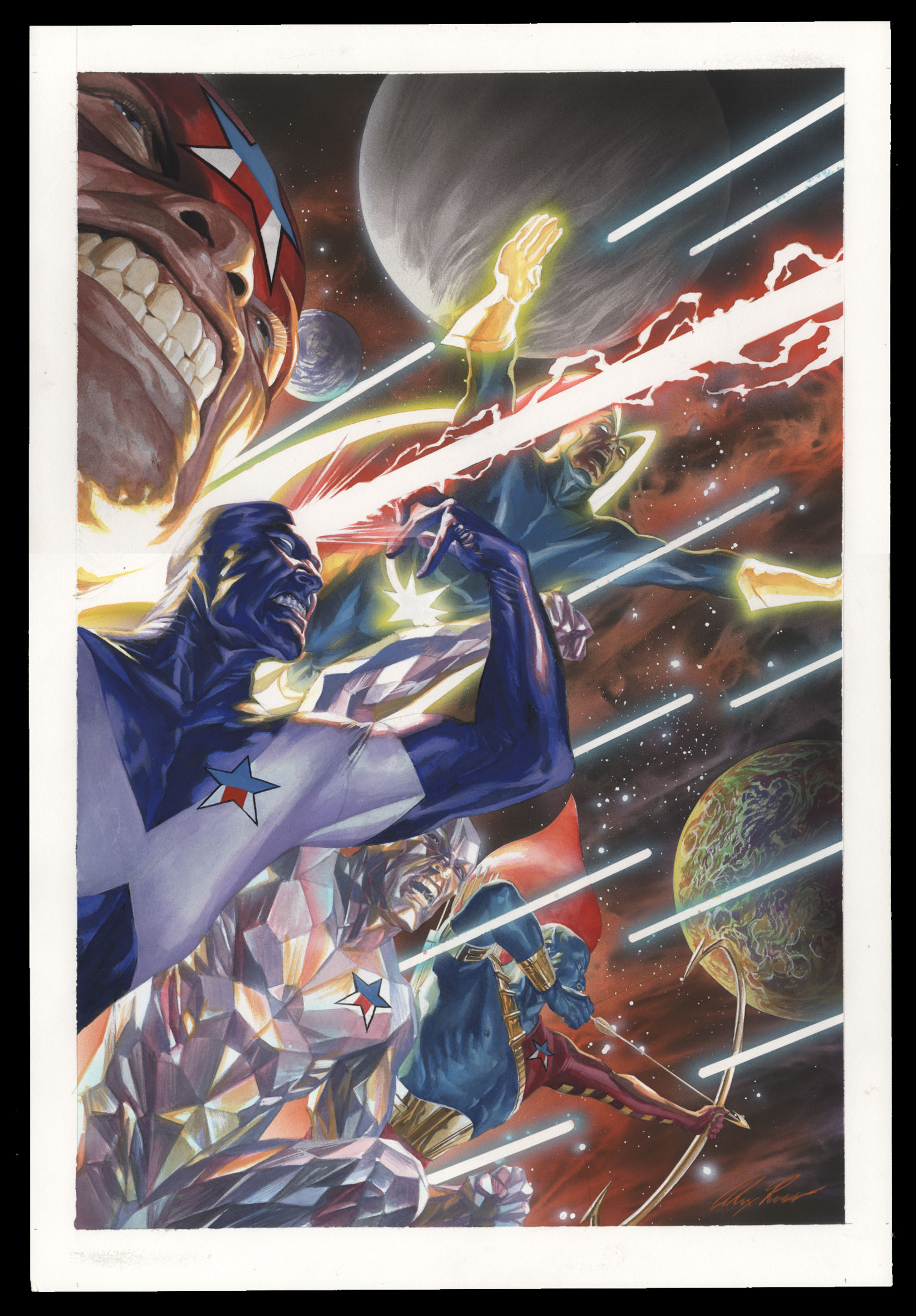 Watch
Painted by Alex Ross; 12" x 18.5"When the Guardians of the Galaxy first appeared in Marvel Super-Heroes #18 nobody could have foreseen the enormous success that the franchise would enjoy over four decades later. Thanks to their appearance in the MCU, the cinematic Guardians have become household names, Star-Lord, Rocket Raccoon, Groot, Gamora and Drax the Destroyer are almost as iconic as Spider-Man or Captain America nowadays, but the history of the Guardians begins with a much different group of heroes.


The original Guardians of the Galaxy team was comprised of Major Vance Astro, Starhawk, Martinex, Captain Charlie-27, and Yondu, a group of characters that have remained in relative obscurity (with the exception of Yondu) and have been relegated to cult status for fans of Marvel s cosmic story arcs. It was to many readers' great surprise and pleasure when it was announced that original team would be brought back to life and given their own title in the form of Guardians 3000. Building on the momentum of the Guardians film franchise, Marvel decided to reboot the original team, and this cover for issue #2 by the incredibly talented fan favorite Alex Ross is certainly an impressive depiction of the quintet of sci-fi superheroes. Ross' mastery of form, color, and motion are on full display on this breathtaking piece. The beautiful space-bound setting is the perfect environment to place the intense action taking place in the foreground, as Ross' powerfully rendered characters charge into battle. This piece is certain to capture the attention of Guardians of the Galaxy fans, be they followers of the modern-day team or the classic lineup.