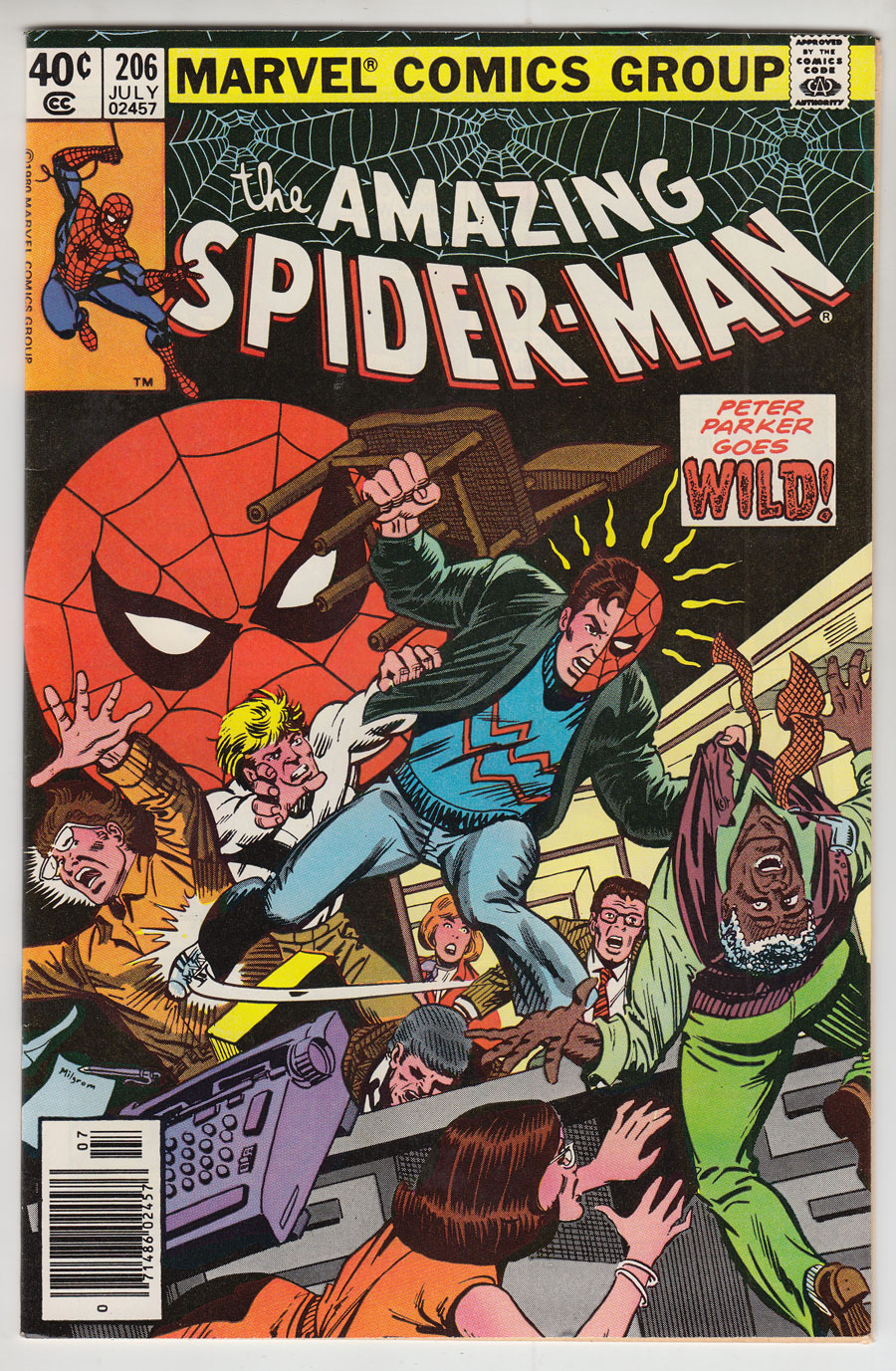 Watch
Byrne art"A Method in His Madness!" Script by Roger Stern. Art by John Byrne (breakdowns) and Gene Day (finishes). Cover by Al Milgrom. For the past few weeks, the devious Dr. Jonas Harrow has tormented J. Jonah Jameson with his Mental Attitude Response Variator (MARV) ray! And after forcing the Daily Bugle's publisher to have a nervous breakdown, the twisted doctor turns his attention to the city editor: Joe Robertson! While blasting Robbie (from afar) with the MARV ray, Dr. Harrow decides to radiate the entire Bugle city room! But the mad scientist is not aware that Spider-Man's alter-ego has stopped by for a visit! One thing leads to another...and the web-slinger, Jonah, and Jonas rendezvous for a meeting of the minds! May the craziest man win
Artist Information