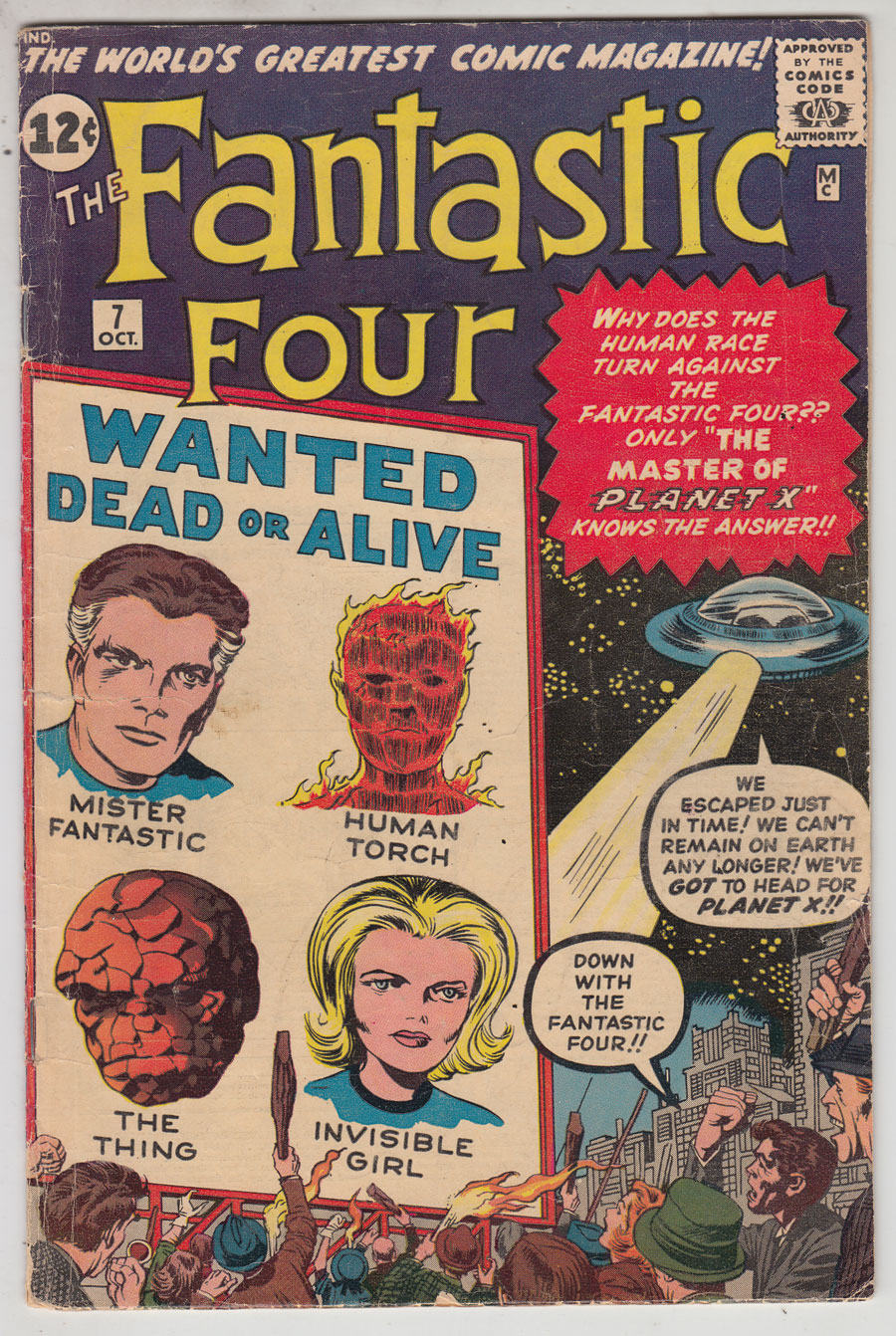 $140.00
Highest Offer
1
Offers
Offer Confirmation
You are about to submit an offer of . If accepted, you are legally obligated to purchase the book. Are you sure you want to continue?
Buy Confirmation
You are about to buy this item for , and will be legally obligated under the terms of our User Agreement to pay for it in a timely fashion. Continue?
PUBLISHER: Marvel
COMMENTS: Jack Kirby UFO cover/art; 1st app. of Kurrgo (10/62)
Read Description ▼
Sell One Of These Inquire About This

Watch
Jack Kirby UFO cover/art; 1st app. of Kurrgo (10/62)In Fantastic Four #7, the seeds that would eventually grow into the inspiration for the X-Men are sown by Kirby and Lee as they weave a tale that highlights the sense of otherness and fear of alienation that the new wave of Marvel superheroes were acutely aware of, as is evinced by the FF's reluctance to attend a dinner in their honor in Washington D.C. Their trepidation is soon validated as their hosts turn on them and they beat a hasty retreat back to the safety of the Baxter building, only to discover they have been unknowingly drafted into preventing a cosmic calamity by the shifty Kurrgo, Master of Planet X. The rest of the story is a real nail-biter of mega, and miniature, proportions all at once.
Much has been said about the impact and legacy the humanistic tales dreamt up by Lee, and fleshed out by Kirby, have had on the Silver Age and beyond, and this issue of Fantastic Four is simply brimming with game-changing ideas. Never before had simple comic book characters exuded such gravitas, and expressed so many of the emotions that common mortals experience on a daily basis.
Artists Information