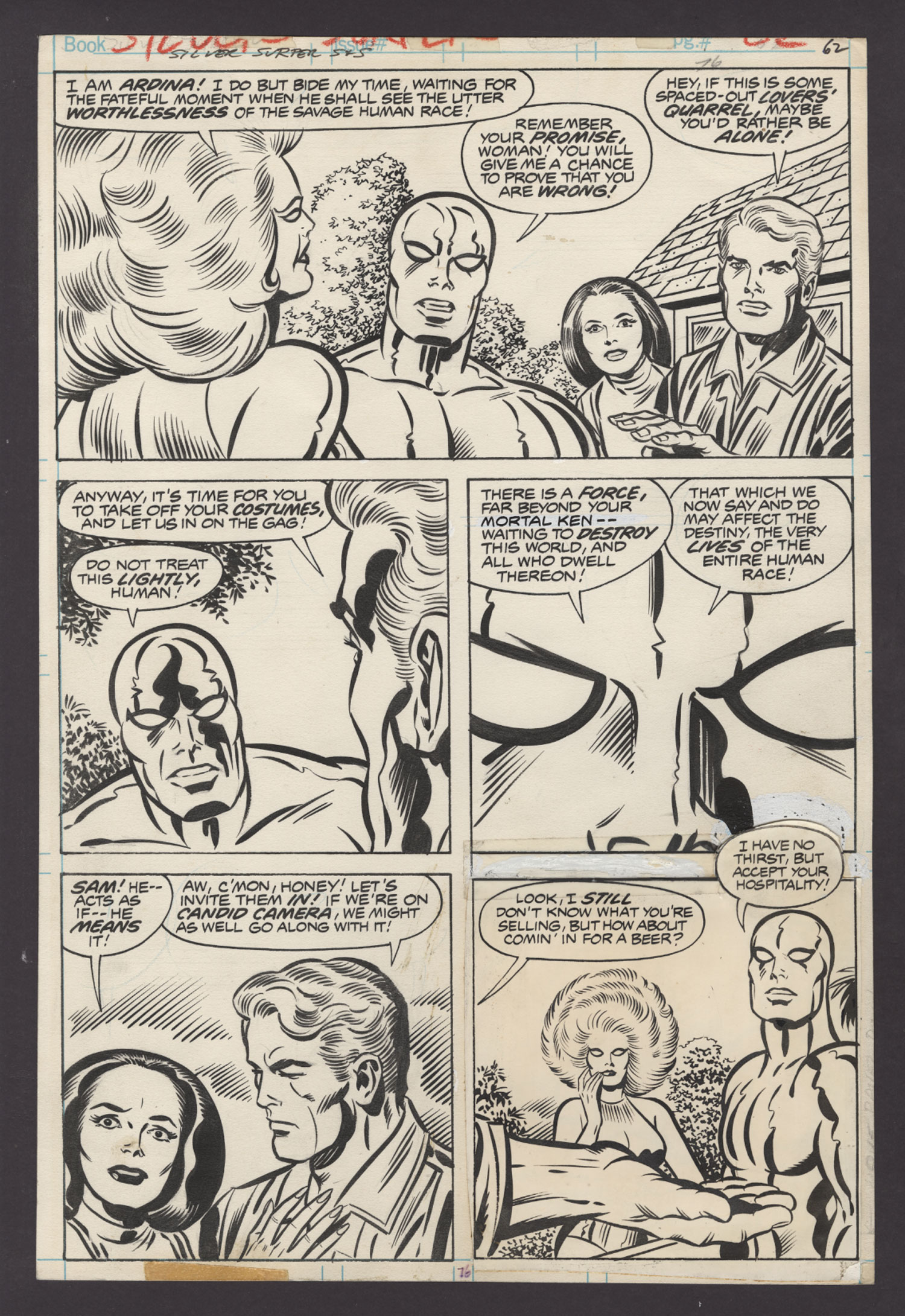 Watch
Jack Kirby pencils/Joe Sinnott inks; page 62; 1978; image size 10" x 15"The Surfer is in four out of five panels on this page, from Stan Lee and Kirby's Silver Surfer graphic novel, considered to be the first stand-alone superhero graphic novel. Masterfully depicted by Jack "The King" Kirby and one of his finest inkers in Joe Sinnott. From the presence of the cosmic Ardina, to the classic, dramatic Surfer close-up, there is not much more one could want. Pen and ink. Art is in excellent condition. The last panel is a stat but the original art is underneath.
Artists Information