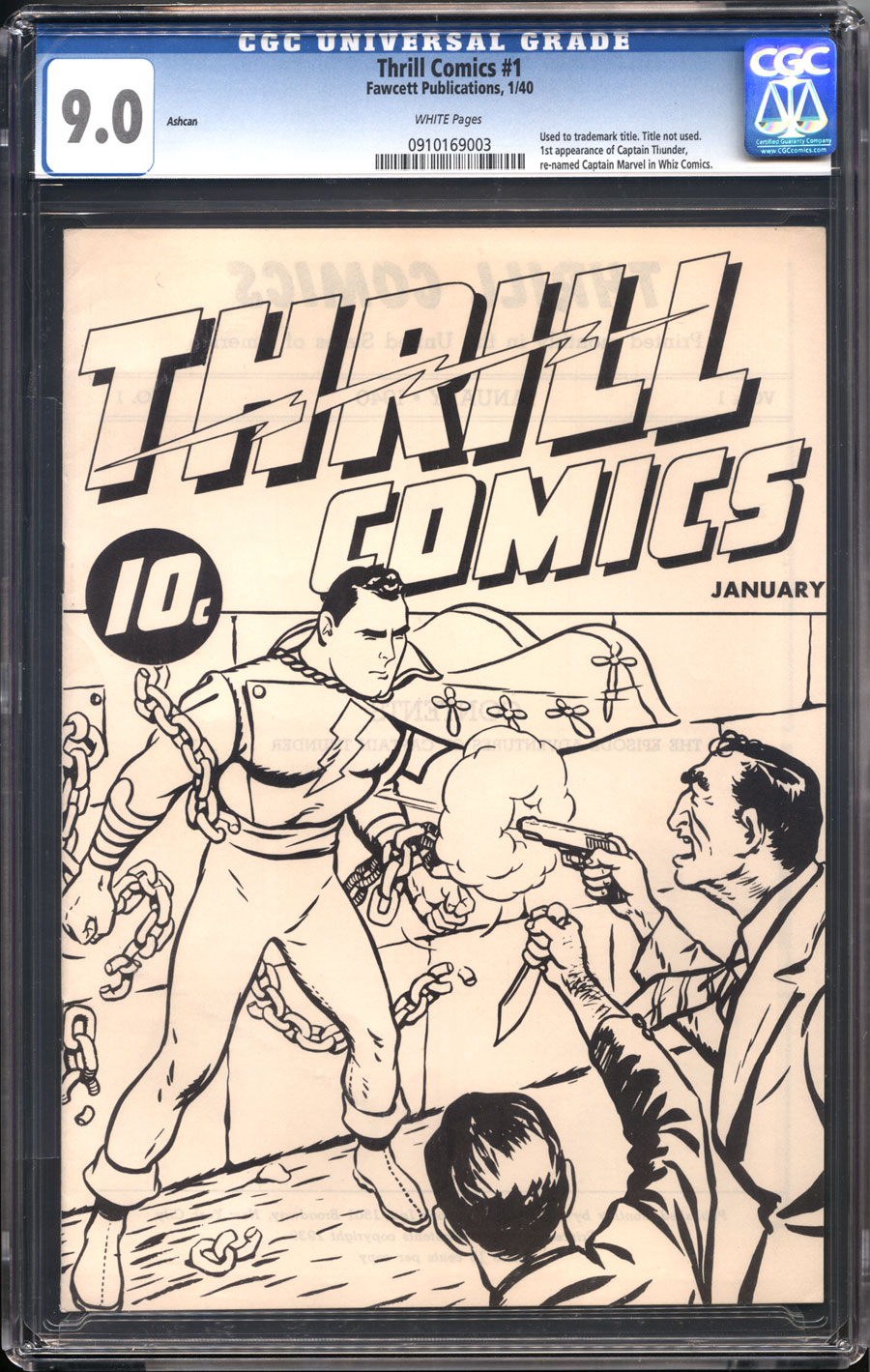 Watch
white pgs; Ashcan
1st appearance of Captain Thunder, re-named Captain Marvel in Whiz Comics, title never used
Highest GradedThe early days of comic publishing were a blinding rush of competition, with publishers big and small looking to cash in on whatever craze or fad might pique readers' interest. With the success of Superman in 1938, publishers such as Fawcett were in a mad race to push their own caped creations onto crowded newsstands. Thus, staff artist C.C. Beck and writer Bill Parker were tasked to create Captain Thunder, a clear attempt to steal some of the attention Siegel and Shuster's superpowered hero had generated. Looking to seize the moment, Fawcett hurriedly created ashcans of Thrill Comics, featuring the origin of the clean-visaged, barrel-chested crimefighter, only to discover that both the title and the character name were already in use. Undaunted, Fawcett snapped up copyrights for Whiz Comics and rechristened their new character Captain Marvelous -- quickly shortened to Captain Marvel, which fit more neatly into the spaces left by the discarded original name in this story. Since ashcans were meant to hold copyright and promote material inhouse, an extremely small print run was created, in black and white and on cheap stock. Hands down the single rarest Golden Age key, a real bragging-rights book for the hardcore collector.As ashcans were only intended to hold copyright, an extremely small print run was created, in black and white and on cheap stock. As a result, this monumentally historic first issue became one of the rarest of Golden Age collectibles. Boasting a cover more pulpy and gritty than would eventually become the house style for the Fawcett hero stable, the story within was expanded and reworked for the eventual Whiz #1, essentially making this the first appearance of the Big Red Cheese. Ashcans and extreme rarities have become high-demand objects in recent auctions, as serious collectors slowly graduate from the standard Big Five keys.