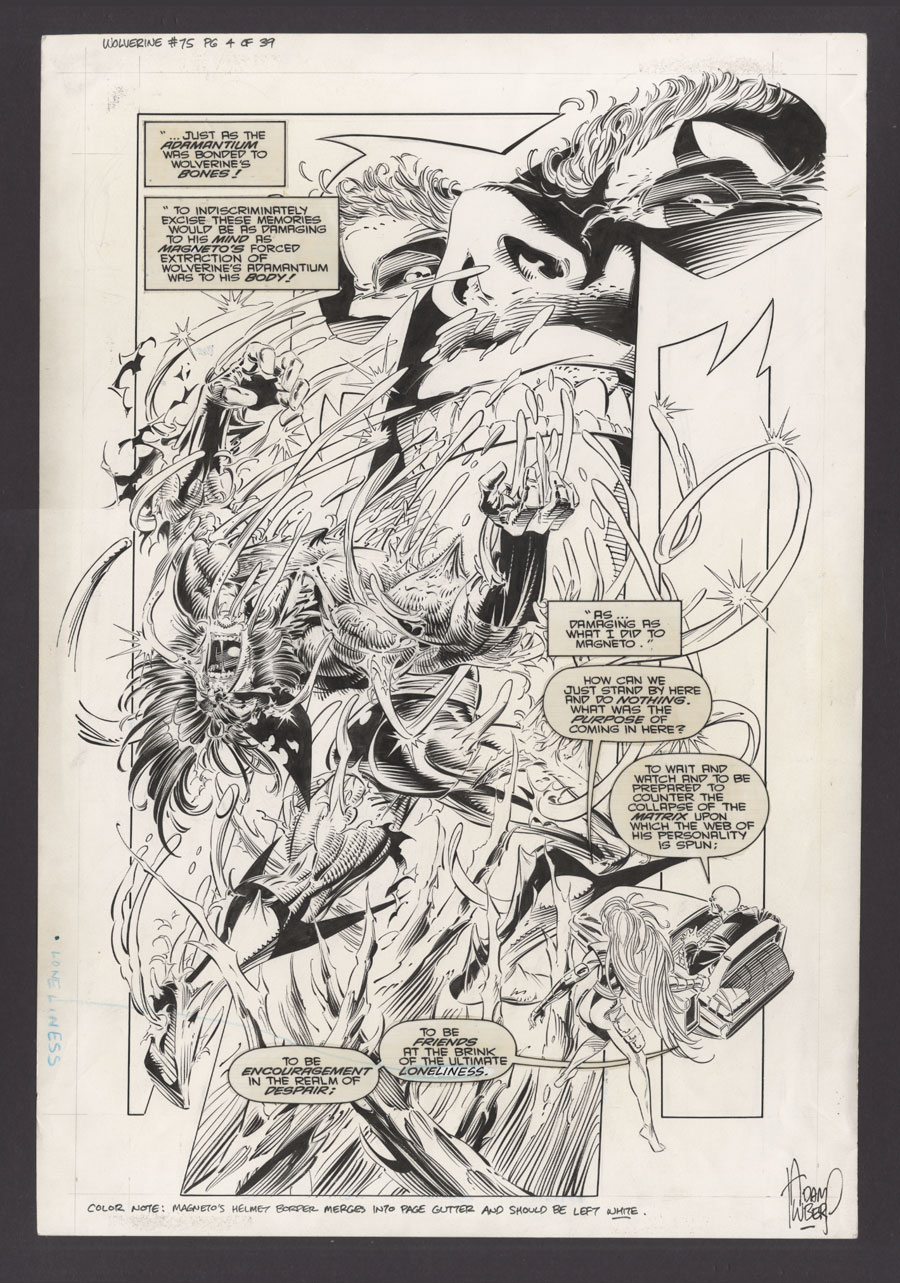 Watch
Pg. 4; Adam Kubert pencils; large modern piece 13" x 19"Baby boomers had the JFK assassination, Generation X had the Challenger explosion, but X-Men fans of the 1980s and '90s have Wolverine issue #75. This is a pivotal moment in the series where Magneto uses his mutant abilities of metal manipulation to excruciatingly extract the adamantium bonded to Wolvie's skeleton through the pores of his skin. The fictional metal, considered by many a defining aspect to the character, gave the X-Men lexicon a new onomatopoeia, "snikt", which was often used by the writers to define the sound of Wolverine's claws retracting. Post-adamantium-extrusion fans would have to settle for the new bone scraping word, "shluck". The beer swilling, foul-mouthed, anti-hero from the Great White North finally gets knocked down a peg, and fans were clamoring for next month's issue to see how the Canuck's story would unfold.

This incendiary splash from Adam Kubert illustrates the event in all its agonizing glory. A compelling scene realized wonderfully with creative composition and violent imagination. While a truly dark day for Logan, it's a shining moment for Kubert's prowess as an artist. This iconic splash page would find itself welcome in any comic art collection, not only for its striking imagery, but for its historical significance to a much-beloved character in the world of comic books. This is a timeless masterwork of original art.

Adam Kubert (born 1959) is an American comic book artist known for his work for publishers such as Marvel Comics, Dark Horse Comics, and DC Comics, including work on Ultimate X-Men, Ultimate Fantastic Four, The Incredible Hulk, Wolverine, Spider-Man and Superman.