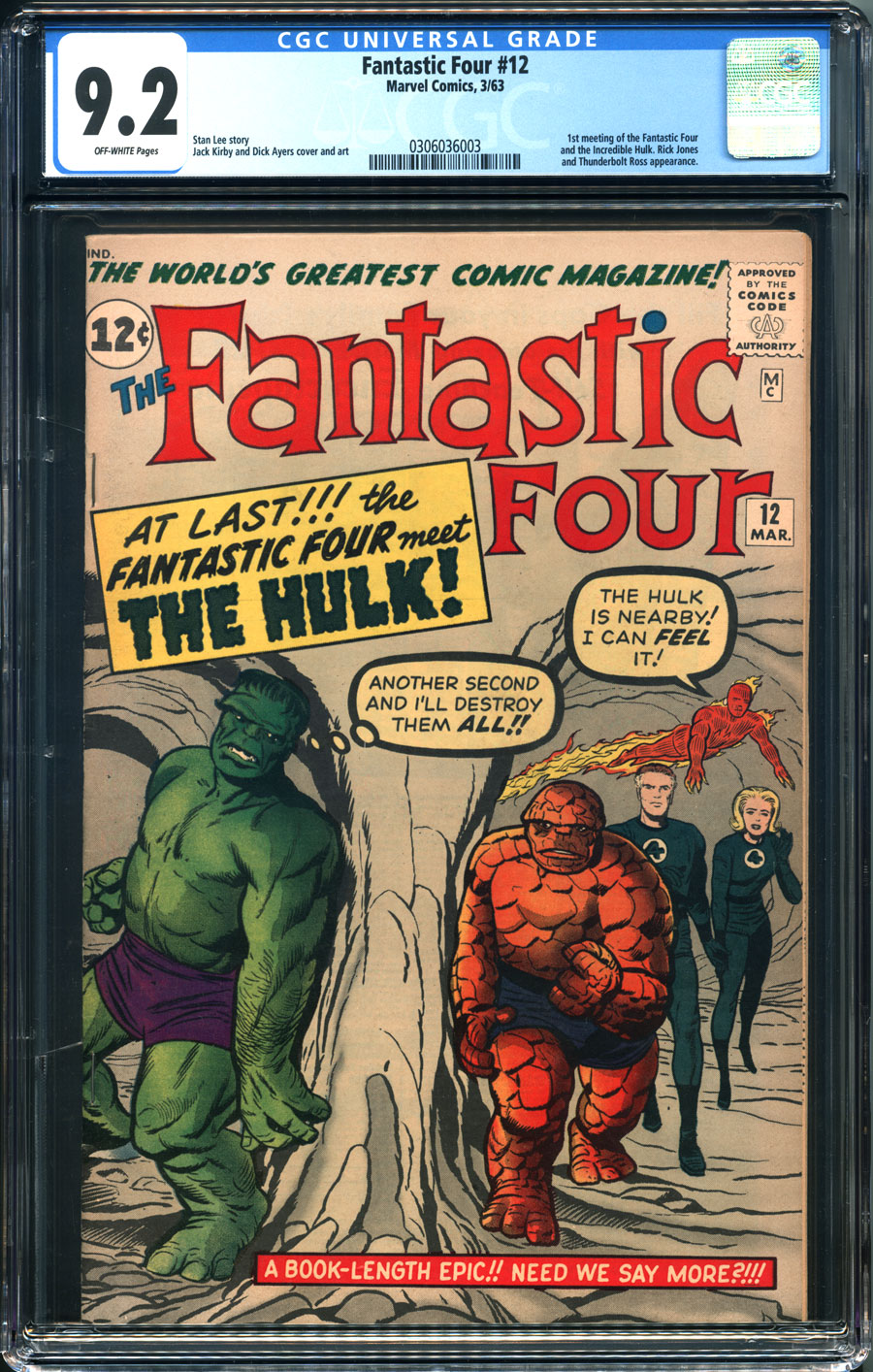 $12,409
Sold For
33
Bids
This auction has ended.
PUBLISHER: Marvel
COMMENTS: off white pgs
Kirby cover/art; 1st Hulk vs Thing battle
Read Description ▼
Sell One Of These Inquire About This

Watch
off white pgs
Kirby cover/art; 1st Hulk vs Thing battleA match made in adolescent boy heaven, it was only a matter of time before Lee and Kirby took two of their most popular creations and set them against each other to see what would happen. The result, unsurprisingly, was a smash success, leading to nearly annual throwdowns between the two misunderstood behemoths. This first contretemps occurred while the nascent Hulk was still in his initial, reasonably intelligent phase, making him an even more formidable opponent for the streetwise scrapping Thing. The reduction of the green goliath in later years to a monosyllabic brute made the recurring battles less and less challenging and more like a standard-issue monster mash, but this classic first meeting still retains its punch and excitement, and fans young and old still feel that special tingle when encountering this classic image.