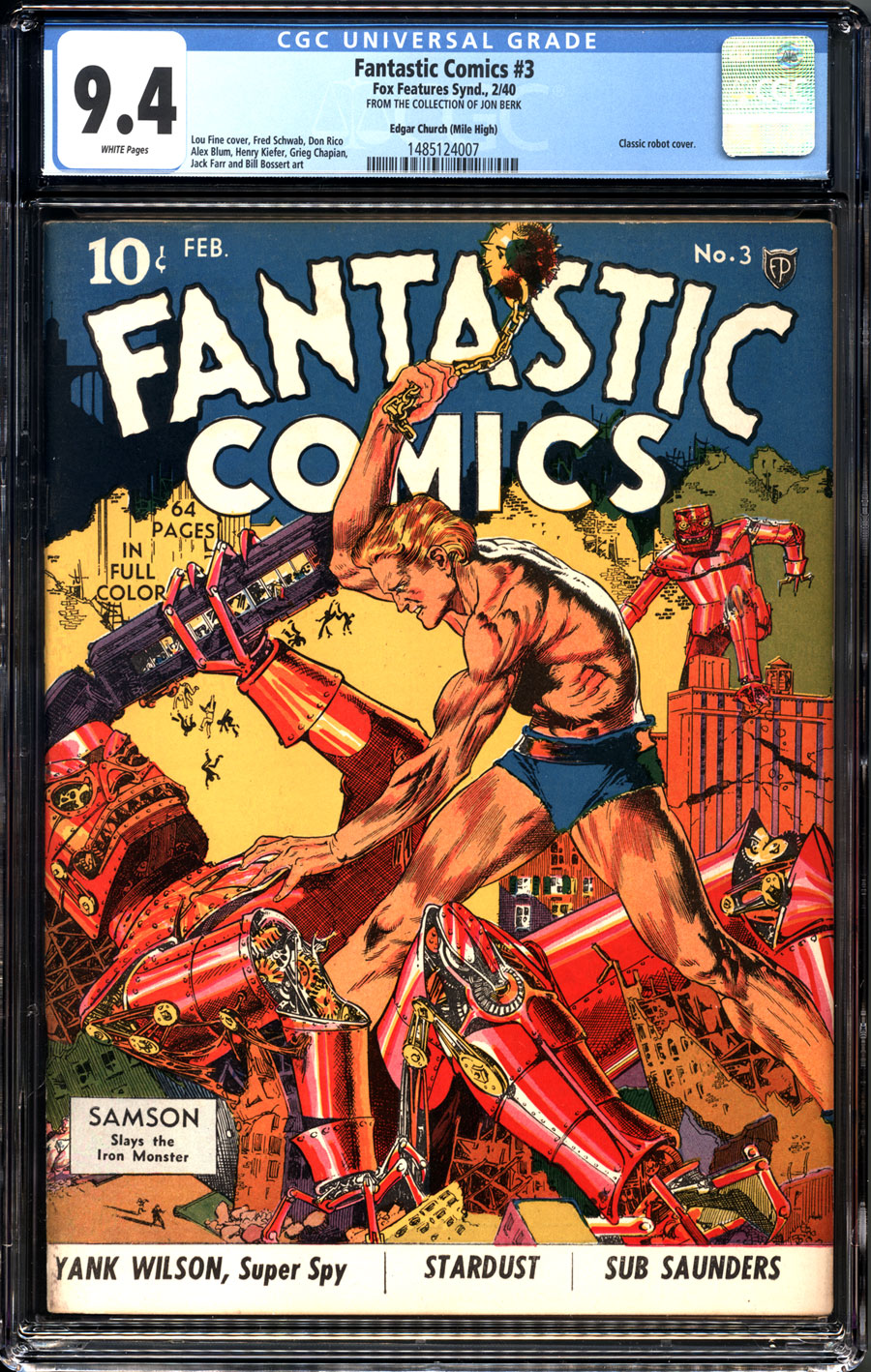 Watch
white pgs; Church/Mile High copy
the holy grail of classic golden age covers! A Lou Fine masterpiece (2/40)
Jon Berk Collection
Highest GradedWell. So here it is. The single most coveted, most revered, most gloriously insane and delightfully over-the-top cover of the Golden Age by one of the finest artists ever to grace the medium. There's barely any point in discussing or writing about this splendid beast, but I guess we'll have to try, otherwise this listing will have to be filled up with recipes and emojis. So, where do we even begin? Maybe what's worth discussing is how immaculately this extraordinary image captures everything about the twilight, otherworldly realm of early 20th century pop fiction, how it manages to perfectly meld Burroughsian adventure, pulp science fiction, monster horror, boys' own action, and epic imagination into one astoundingly illustrated piece.


The intricate lines laid down by Lou Fine, indisputably the first truly great cover artist of the comics, provide supple weight and graceful movement to what could otherwise be a crude and garish image, giving the robots a fierce metal menace reminiscent of Willis O'Brien's majestic King Kong, and the immense motion of Samson at center rivals the heft of Hal Foster's Tarzan, all taking place in a backdrop that practically screams of detailed model-work by an unusually talented boy. This image burned its way into the brains of all the young readers who first saw it, and has branded itself on the hearts of comic collectors young and old for nearly a century. This issue may not be a key, a first appearance, or the inspiration for a big blockbuster movie, but for truly discerning collectors, there is nothing else. This is the Big One, the Grail, the Monster. It never fails to delight and inspire, and has yet to be rivaled.

This is the highest-graded copy of this immortal classic from the Church/Mile High collection. It is awesome. It is the ultimate. You want this. Boy howdy is this going to be a big one.