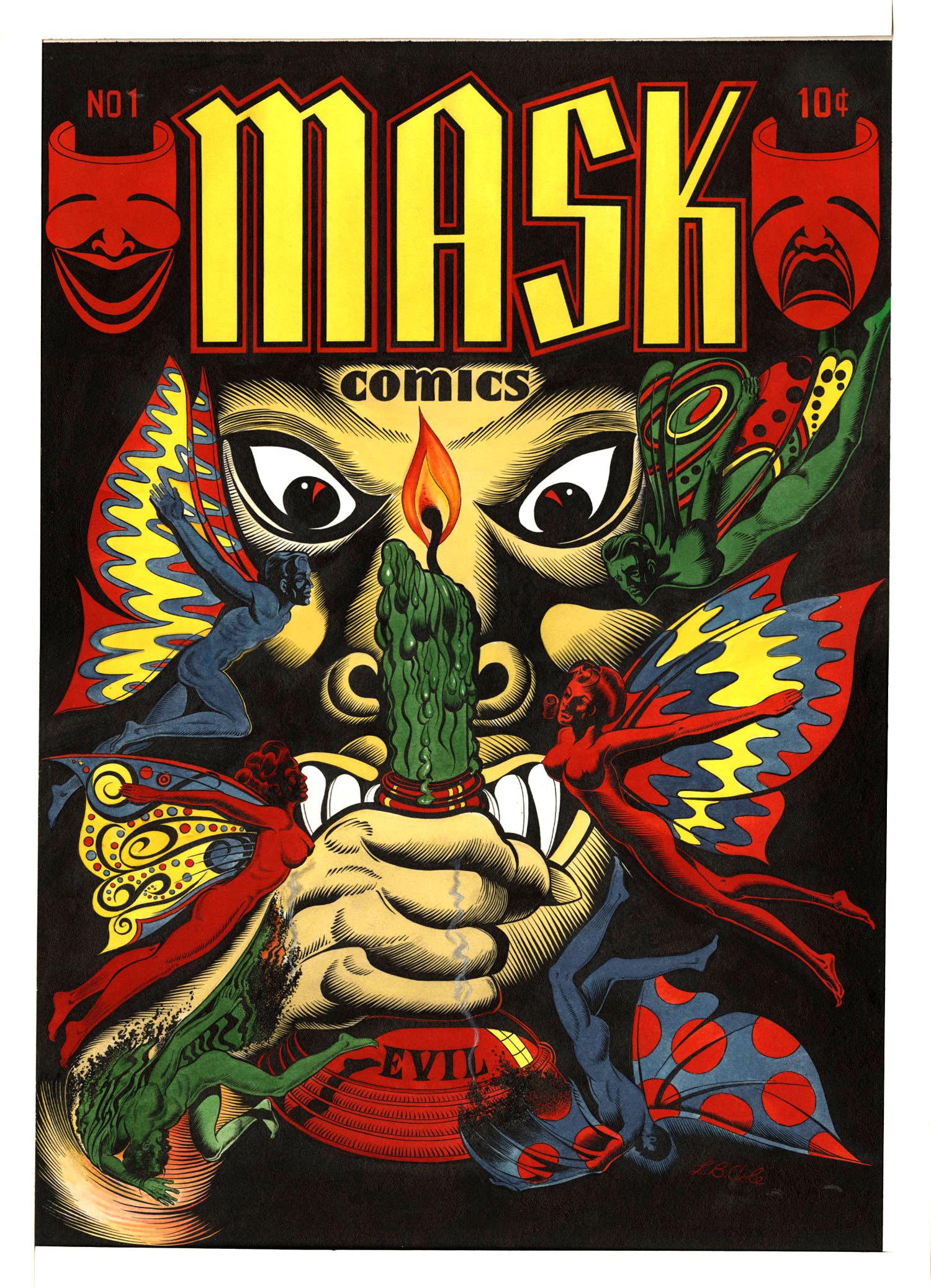 $18,500
Sold For
35
Bids
This auction has ended.
PUBLISHER: Rural Home
COMMENTS: Cover painting; L.B. Cole mixed media and signed on board; matted and framed 21.75" x 28"
Jon Berk Collection
Read Description ▼
Sell One Of These Inquire About This

Watch
Cover painting; L.B. Cole mixed media and signed on board; matted and framed 21.75" x 28"
Jon Berk CollectionThere is no historical record to help us comprehend the reaction comic book readers had to L.B. Cole's disturbing and presciently modern cover design for 1945's Mask Comics 1. One can only assume that "shock" was one of the words used to describe the emotions of unsuspecting newsstand or comic rack browsers of the era. Featuring a dark, foreboding design replete with bold strokes of color, a technique Cole employed throughout his career, this recreation, by the artist himself, stands as one of the most radically different and thematically resounding covers of the Golden Age.

The image of humanoid butterflies being drawn towards a candle emblazoned with the word "EVIL" is a stunningly simple evocation of the human condition and the failures of mankind to always entertain their own best interests. Toward the end of his life, Cole lovingly recreated some of his most memorable and revered pieces for the collector's market, this Mask Comics 1 cover was one of the last, and greatest, in the thirty-five-piece collection. Over time fans and collectors of GA art have discovered the rich body of work which was L.B. Cole's output, as his legend grows so, surely, will the value of his art.