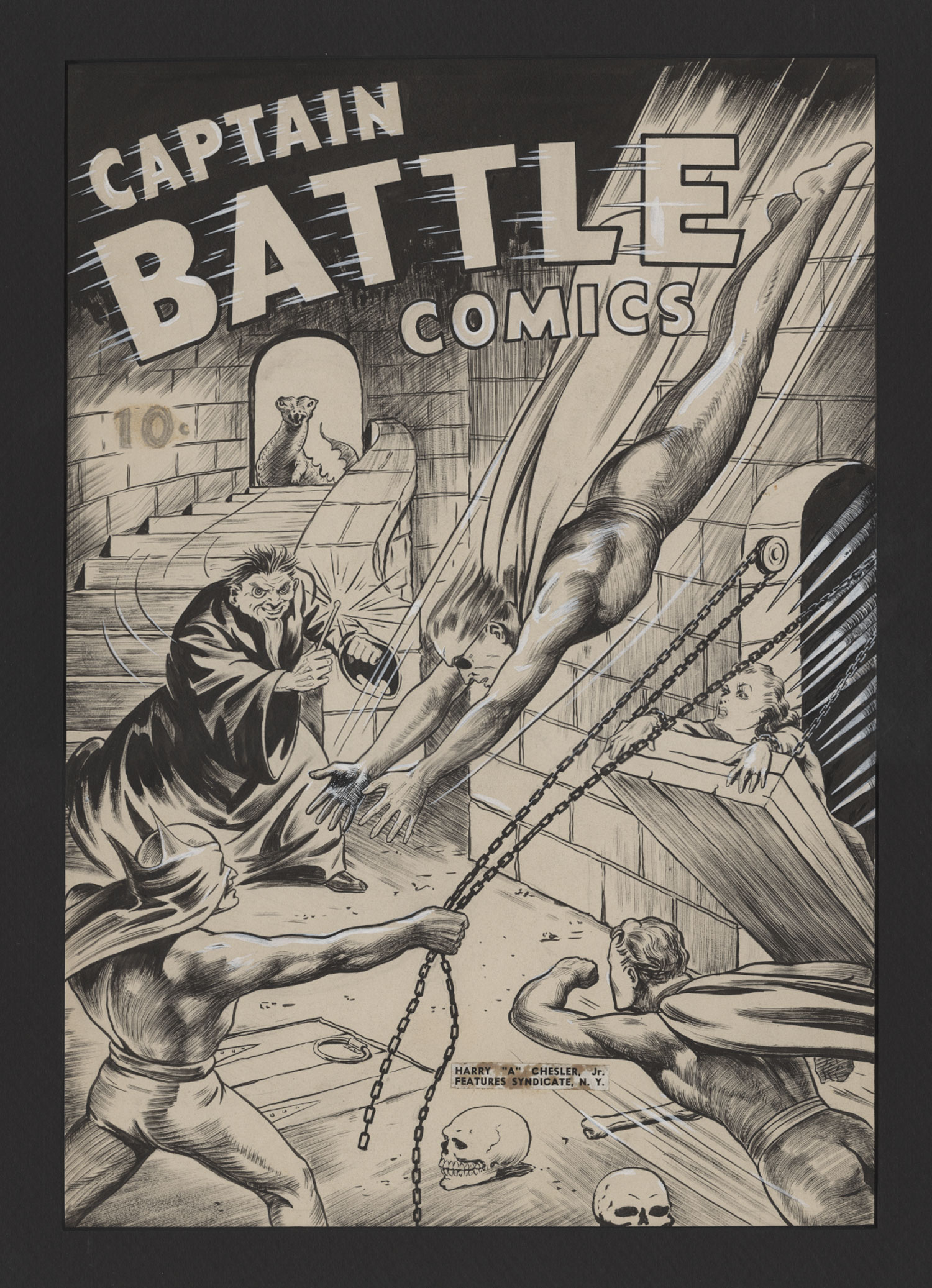 $28,000
Sold For
28
Bids
This auction has ended.
PUBLISHER: Lev Gleason
COMMENTS: Gus Ricca pencils and inks; 1942; matted 15" x 19.75"; Part of the Harry Chesler Collection
Jon Berk Collection
Read Description ▼
Sell One Of These Inquire About This

Watch
Gus Ricca pencils and inks; 1942; matted 15" x 19.75"; Part of the Harry Chesler Collection
Jon Berk CollectionGus Ricca, an illustrator and commercial artist during the Golden Age, worked on Ibis the Invincible, Dynamic Man, and Captain Battle, who made his first appearance in Silver Streak #10 in 1941. Ricca did interior art for various early publishers as well as cover art for Scoop, Punch, and Dynamic comics, including this cover for Captain Battle #3. Many of his pieces evoke a chaotic Schomburg feel as exciting covers bolstered readership, and this Captain Battle cover has just that, excitement! The high-octane scene depicts our heroes lunging toward the bad guys to save the damsel in distress in this drama-filled composition.

After being injured in WWI, Captain Battle donned his jetpack, the "luceflyer" to combat Nazis in the hopes of preventing WWII. In 2013 an exceptionally low budget Captain Battle film was made, likely intending to capitalize on the success of Captain America: The First Avenger (2011).

The beautiful Gus Ricca inks are a hallmark of their time, and this piece would make an excellent addition to any comic art collection.