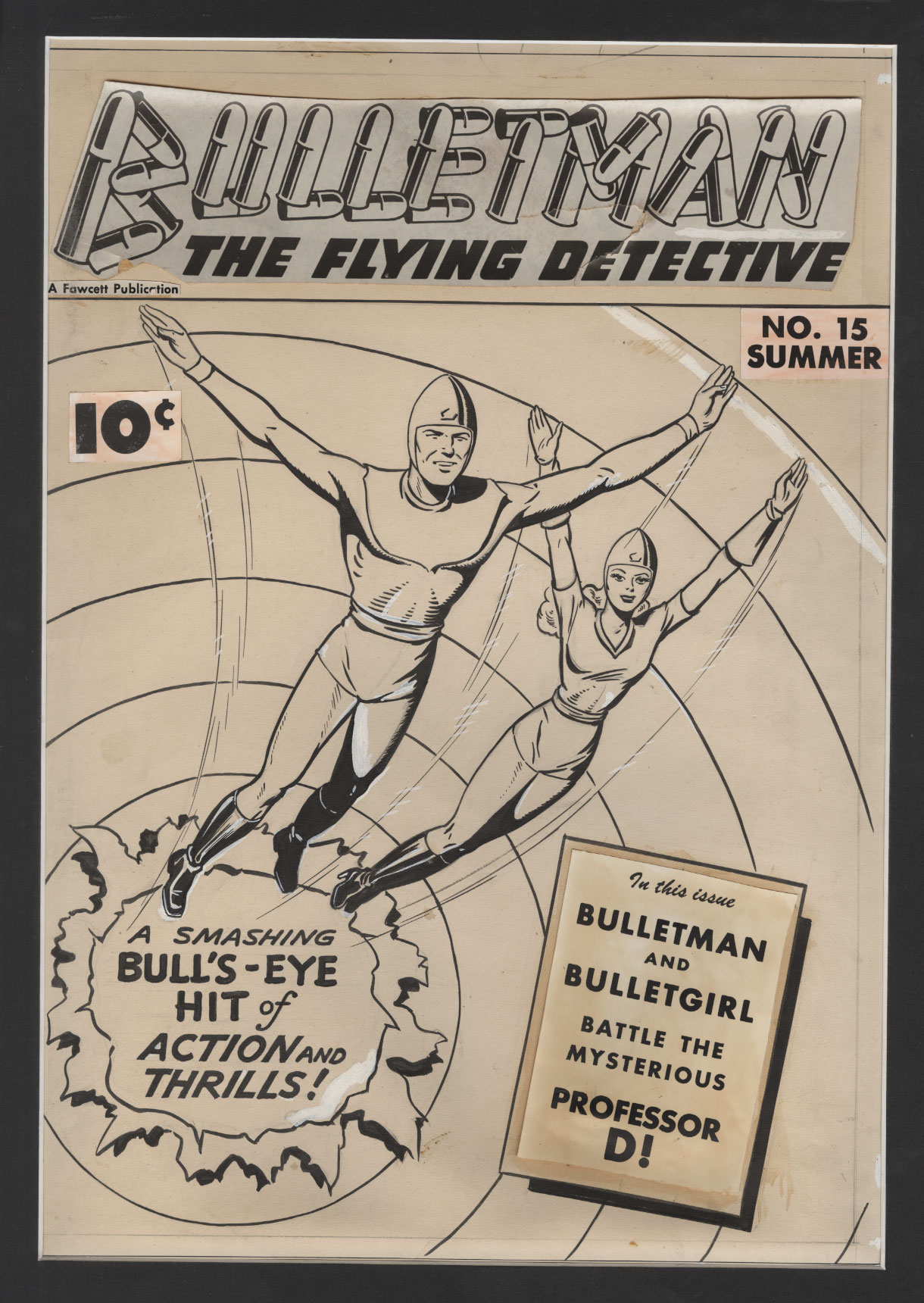 $12,000
Sold For
22
Bids
This auction has ended.
PUBLISHER: Fawcett
COMMENTS: Jack Binder pencils and inks; 1946; matted 15" x 20"
Jon Berk Collection
Read Description ▼
Sell One Of These Inquire About This

Watch
Jack Binder pencils and inks; 1946; matted 15" x 20"
Jon Berk CollectionAfter bouncing around New York City's comicbook industry for five years, journeyman artist Jack Binder started his own studio in 1942 which went on to employ over fifty artists, including a young Gil Kane and Carmine Infantino. Binder cut his teeth at Harry "A" Chesler, Fawcett, Lev Gleason, and Timely, during which time he created the original Daredevil, and even worked with upstart comic writer Stan Lee. Binder's studio churned out content for many of his previous employers, and this professionally designed cover piece is Binder's take on Fawcett's Bulletman, a character created by Bill Parker. Bulletman and his sidekick/paramour Bulletgirl would quickly rise to prominence in the publisher's stable, becoming their second-most-successful character after Parker's other hit, Captain Marvel. Golden Age art of this caliber rarely ever comes to market, and Binder's eye for graphic design and his sure hand elevate this piece above the general fare of the period.

John "Jack" Binder was a Golden Age comics creator. He was the creator of the original comic book Daredevil, for Lev Gleason Publications. Binder is credited with coining the term zero gravity as part of a 1938 article in Thrilling Wonder Stories.