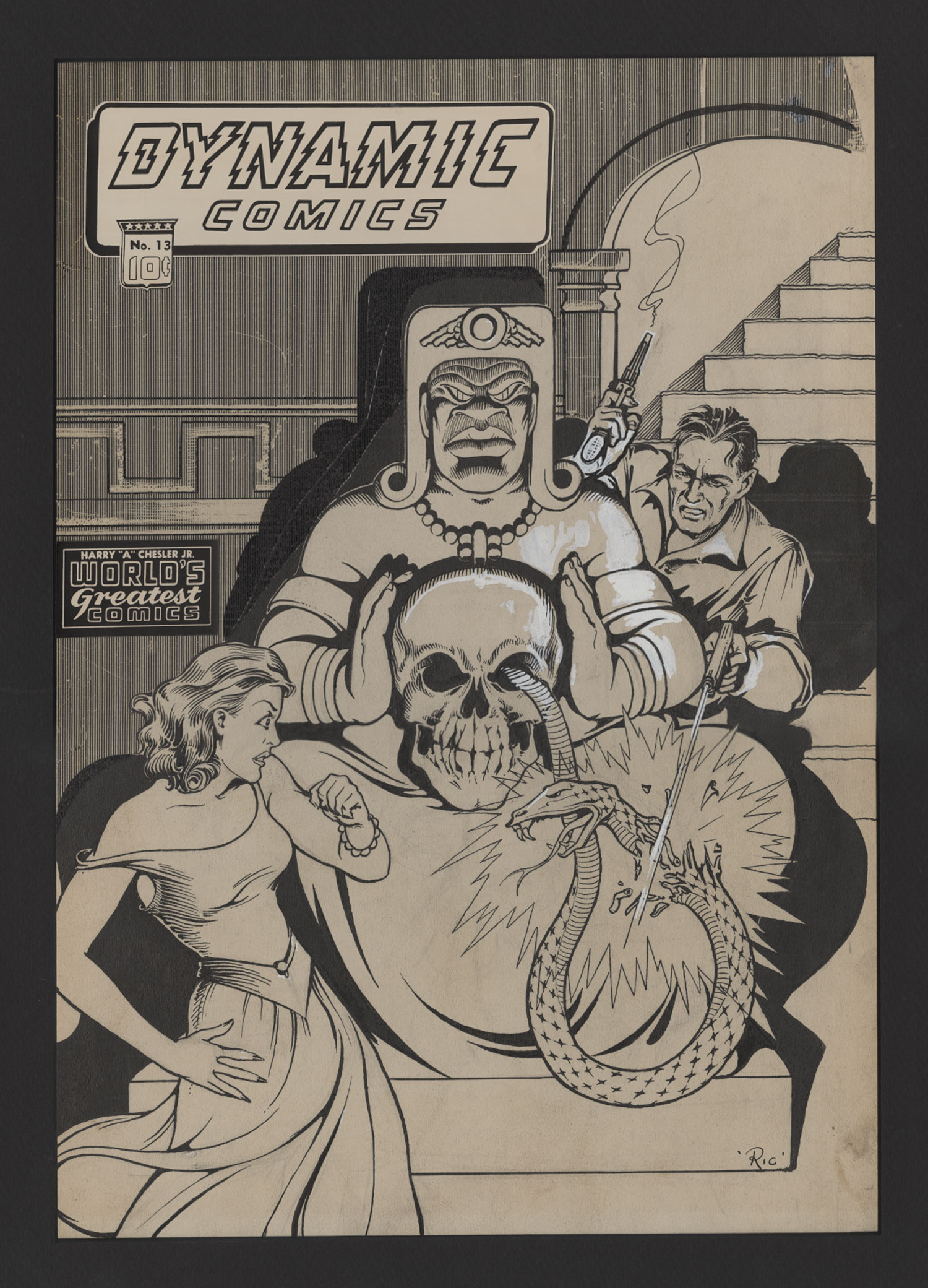 $13,800
Sold For
46
Bids
This auction has ended.
PUBLISHER: Chesler
COMMENTS: Gus Ricca pencils, inks and signed; 1945; matted 15" x 20"; Part of the Harry Chesler Collection
Jon Berk Collection
Read Description ▼
Sell One Of These Inquire About This

Watch
Gus Ricca pencils, inks and signed; 1945; matted 15" x 20"; Part of the Harry Chesler Collection
Jon Berk CollectionSmaller publishers had to stand out somehow in the hard-fought newsstand wars of the 1940s, and hiring the very best artists and unleashing their creative genius seemed like as good an idea as any. While Charles Sultan's sleek, lovely line-work provided a sturdy, attractive sheen (see Dynamic #2), it was the lunacy of the Dynamic and Punch crime/noir covers that eventually pushed copies and attracted readers. The combination of lush pen-work and garish subject matter made these instant classics, and the work of the sadly unsung Gus Ricca hearkens back to the glory days of 1930's crime dramas and horror flicks, with smoky, surreal imagery and a strong sense of menace. Most impressive is the original cover art to Punch #11, which, even without its striking color work, is an arresting noir image, one that would not look at all out of place on the movie posters of the glorious pre-code era. Chesler covers are cult classics and high-demand collector's items, and these remarkable original works, which have miraculously survived, are among the most memorable of the great Golden Age of comic covers.