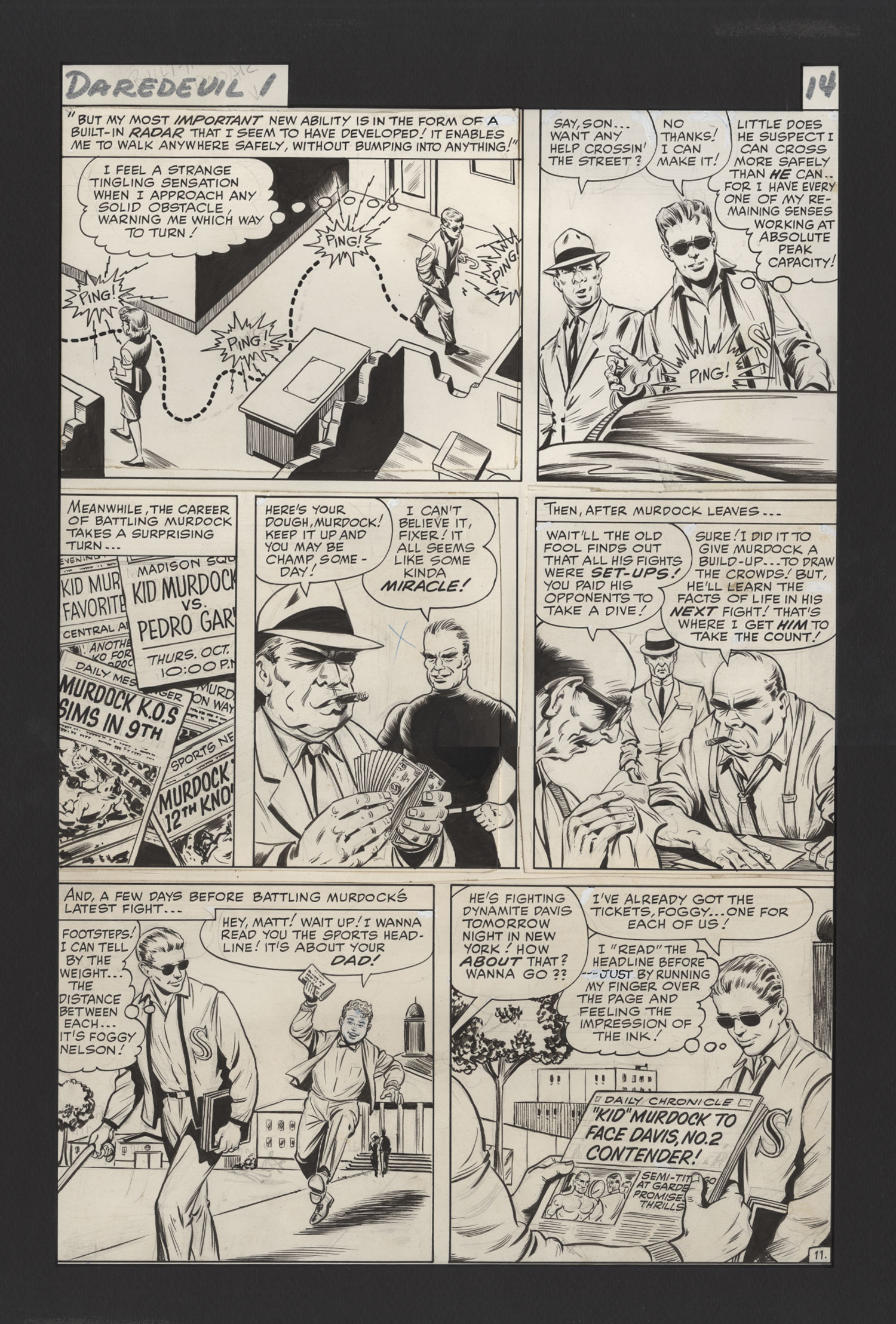 Watch
Pg. 11; Bill Everett pencils; 1964; 15.75" x 21.75"
Featuring Matt Murdock (Daredevil), Jack Murdock (Daredevil's father) and the Fixer
Jon Berk CollectionFor a fan of the Man Without Fear, what could be cooler than an original art page from the first issue of his very first appearance, including his well-known origin story. This is an awesome example of comicbook history, and you can be the next owner of this incredible investment piece. The panels on this page skillfully detail the events leading up to the untimely death of "Battling" Jack Murdock, shown here discussing his "boxing" career with the Fixer, while his son, Matt, simultaneously showcases his powers for the reader's benefit. The strong storytelling skills of Bill Everett are on full display here, his twenty-plus years in the industry culminating in the assured pencil-work that ties this incredible page together, while the obvious ink work of Steve Ditko adds a dash of panache to this historical treasure. This is one of the best pieces of Silver Age art from the Jon Berk Collection and we are sure it will see intense competition in this auction.