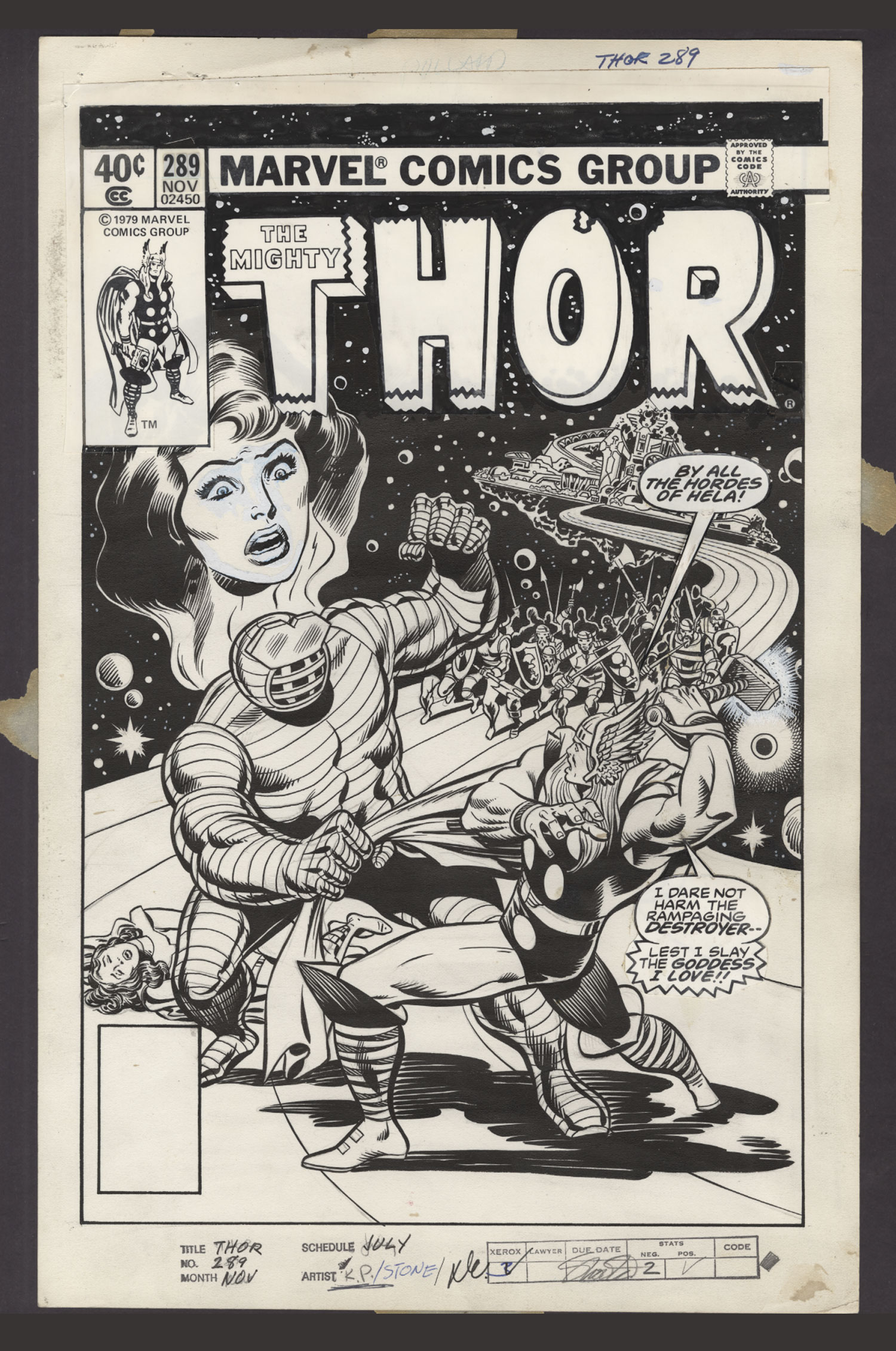 Watch
Keith Pollard pencils, Chic Stone inks; 1979; 11" x 17"
Jon Berk CollectionThe Mighty Thor's popularity is booming. With his many appearances in a string of Marvel movies interest in God of Thunder original artwork has soared. This beautiful cover, penciled by Keith Pollard and inked by Chic Stone, depicts our hero, Thor, doing battle with the Destroyer, Sif while the hordes of Hela stream across the legendary rainbow bridge, Bifrost. Keith Pollard had a prolific run of covers and interiors from 1974 through 1994 for both Marvel and DC.

We don't have to tell you that while every piece of original and published artwork is a one of a kind, covers are even more thrilling to own because they are the first thing a buyer sees before picking up a comic. Pollard's work is highly prized by savvy collectors.