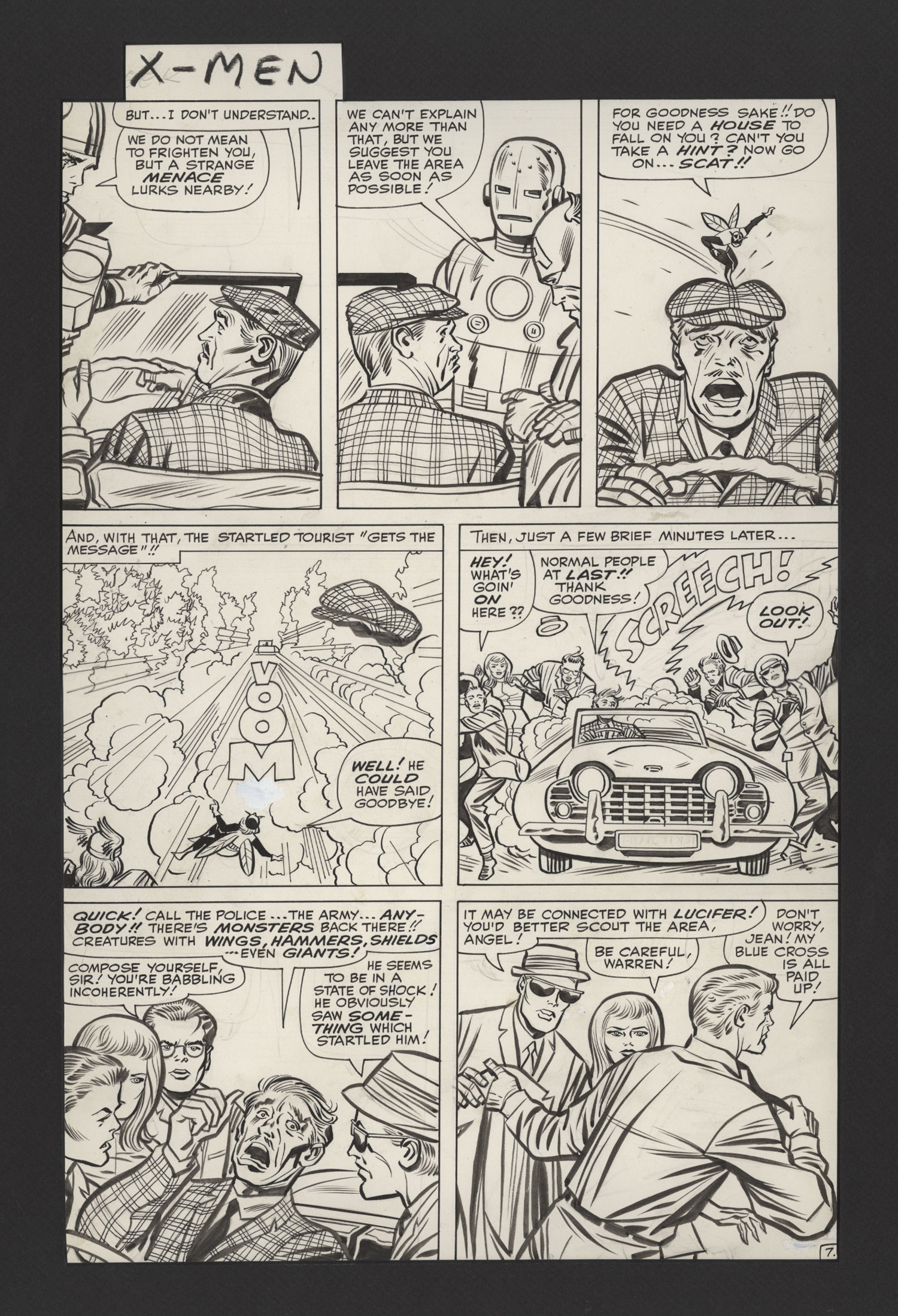 Watch
Pg. 7; "X-Men: Enter, the Avengers" Jack Kirby pencils, Chic Stone inks; 1965; 16.5" x 22.5
Jon Berk CollectionGrowing up, we all fondly remember the huge smash-ups, team-ups, and crossovers Marvel fed us, their ravenous fans. This killer page features practically everybody who is anybody. Penciled by Jack Kirby and inked by Chic Stone, it hails from X-Men #9, a crossover story between the X-Men and the Avengers. With appearances by Thor, Captain America, Iron Man, the Wasp, Cyclops, Marvel Girl, The Angel, and the Beast, it's cool as can be. Is there available, anywhere, a published page, so deftly created by giants of the industry, including so many icons of Marvel's Silver Age all on the same piece? Get it while you can.