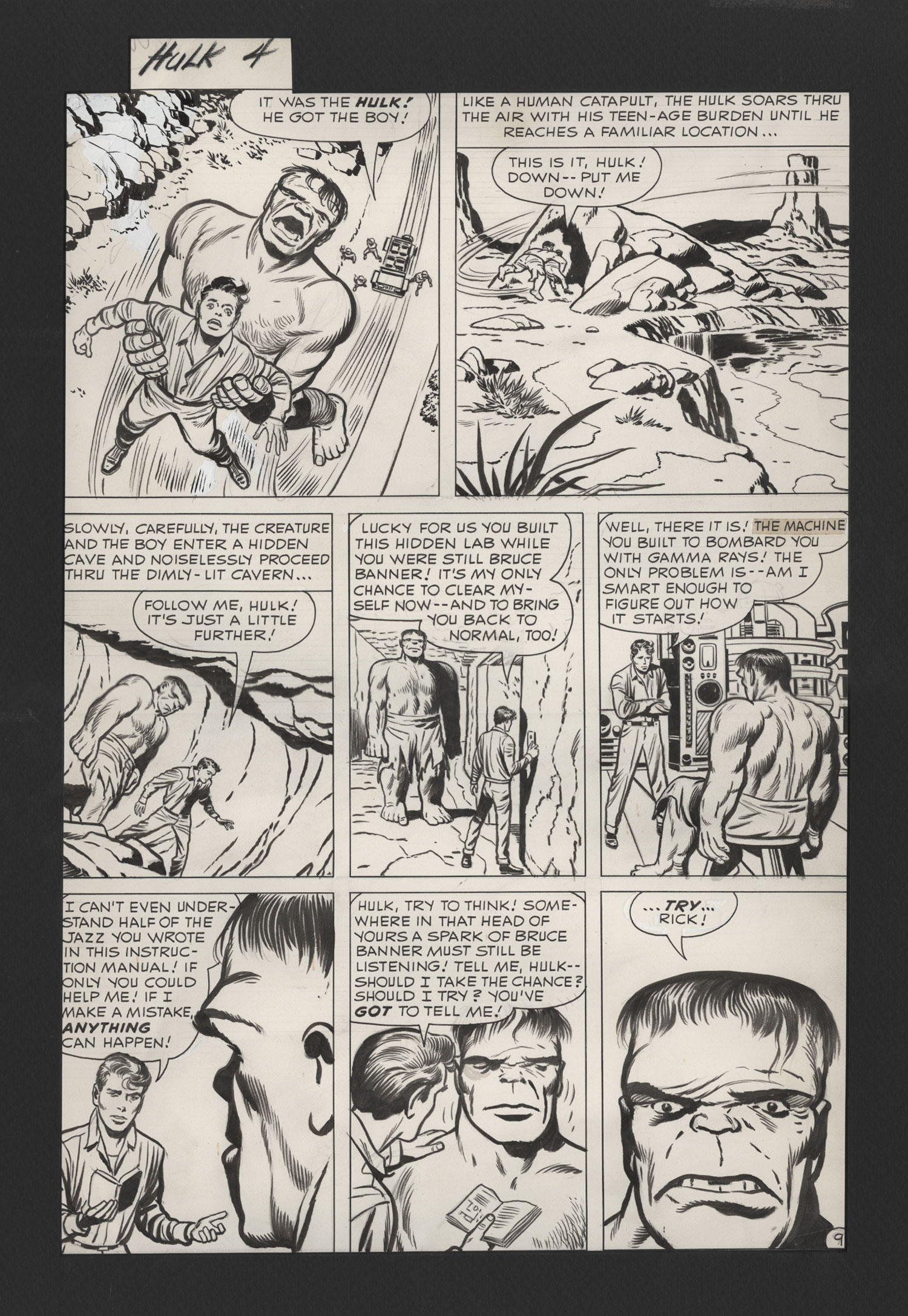 Watch
Pg. 10; "The Monster and the Machine" Jack Kirby pencils, Dick Ayers inks; 1962; 16.5" x 23"
Jon Berk CollectionYour lip sweats, your jaw quivers, your pulse -- pounding! Is it? It really, really is. It's an original page of art from the fourth issue of Incredible Hulk! While initially surviving only six issues, the Hulk was cancelled, and about a year later was added to the Tales to Astonish line-up. Jack Kirby's run on The Incredible Hulk lasted only five of those issues, and they were all classics.

The visuals of our favorite Green Goliath on this page are gloriously crude and evocative. You know you're buying a piece of history. The pencils are pure Kirby and many collectors feel he's at his best when enhanced by Dick Ayers' fantastic inks. The page details the Hulk's close friendship with, and his reliance on, the puny human Rick Jones. If you're reading this, you already know how tough it is to add an original run Kirby Hulk page to your collection.