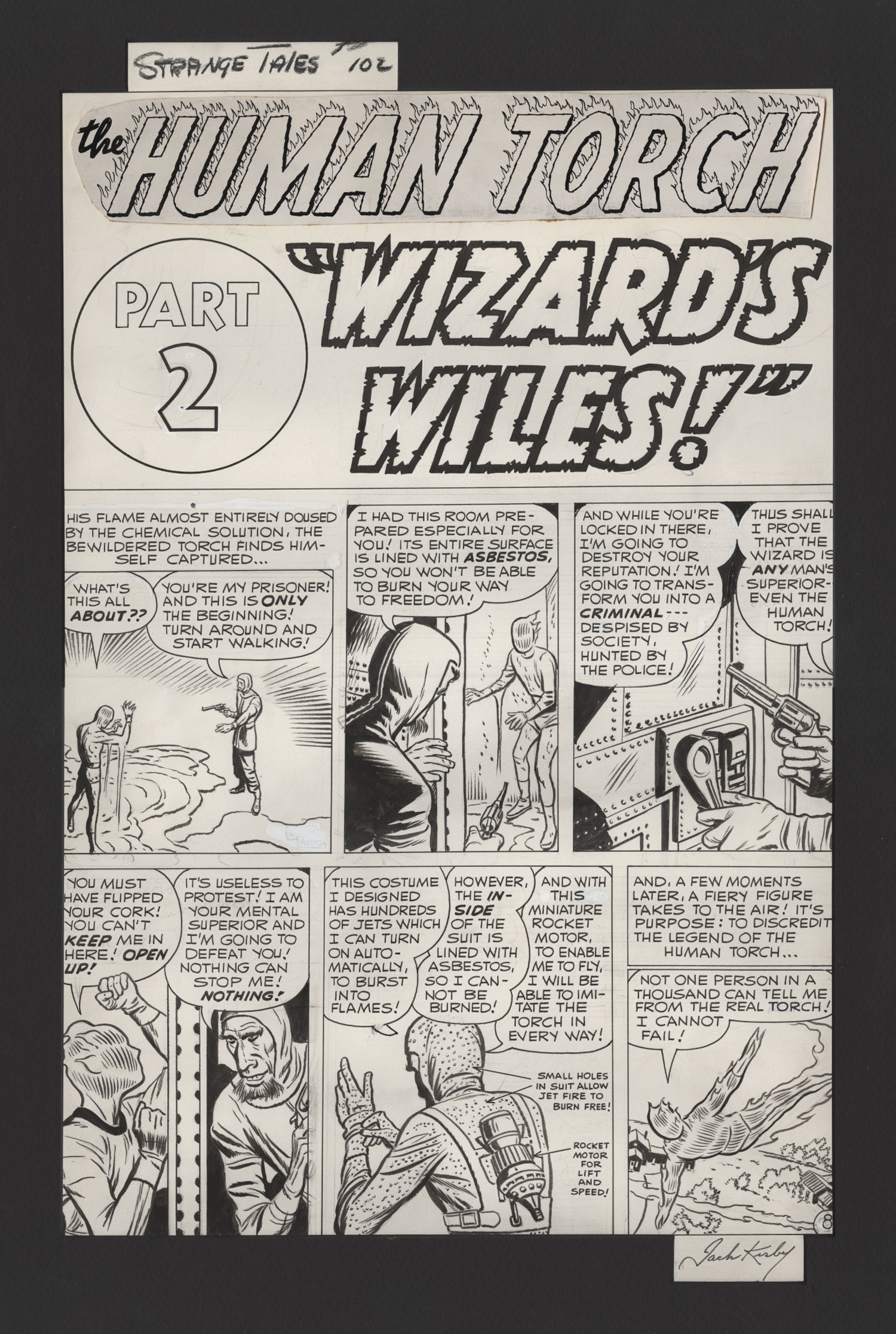 Watch
Pg. 10; "Prisoner of the Wizard" Jack Kirby pencils and signed, Dick Ayers inks; 1962; 16" x 23" - title splash
Jon Berk CollectionAs the Human Torch was one of Timely's marquee stars in the golden era, his Silver Age return as Johnny Storm, a member of the Fantastic Four, was a canny move by Stan Lee to remanufacture some of that gilded popularity to shore up interest in the new hero team's exploits. The artist most identified with illustrating the Silver Age Torch was the tried-and-true Jack Kirby, of which much has been written concerning his collaborations and empire building with Editor-in-Chief Lee. This signed piece is a classic example of Kirby's early 60's work, one which finds him just beginning to pivot towards his own inimitable style which would eventually go on to define the look and feel of comicbooks for many years to come. One simply cannot go wrong in owning an example of Kirby art if one considers themselves to be a comic-art investment collector.