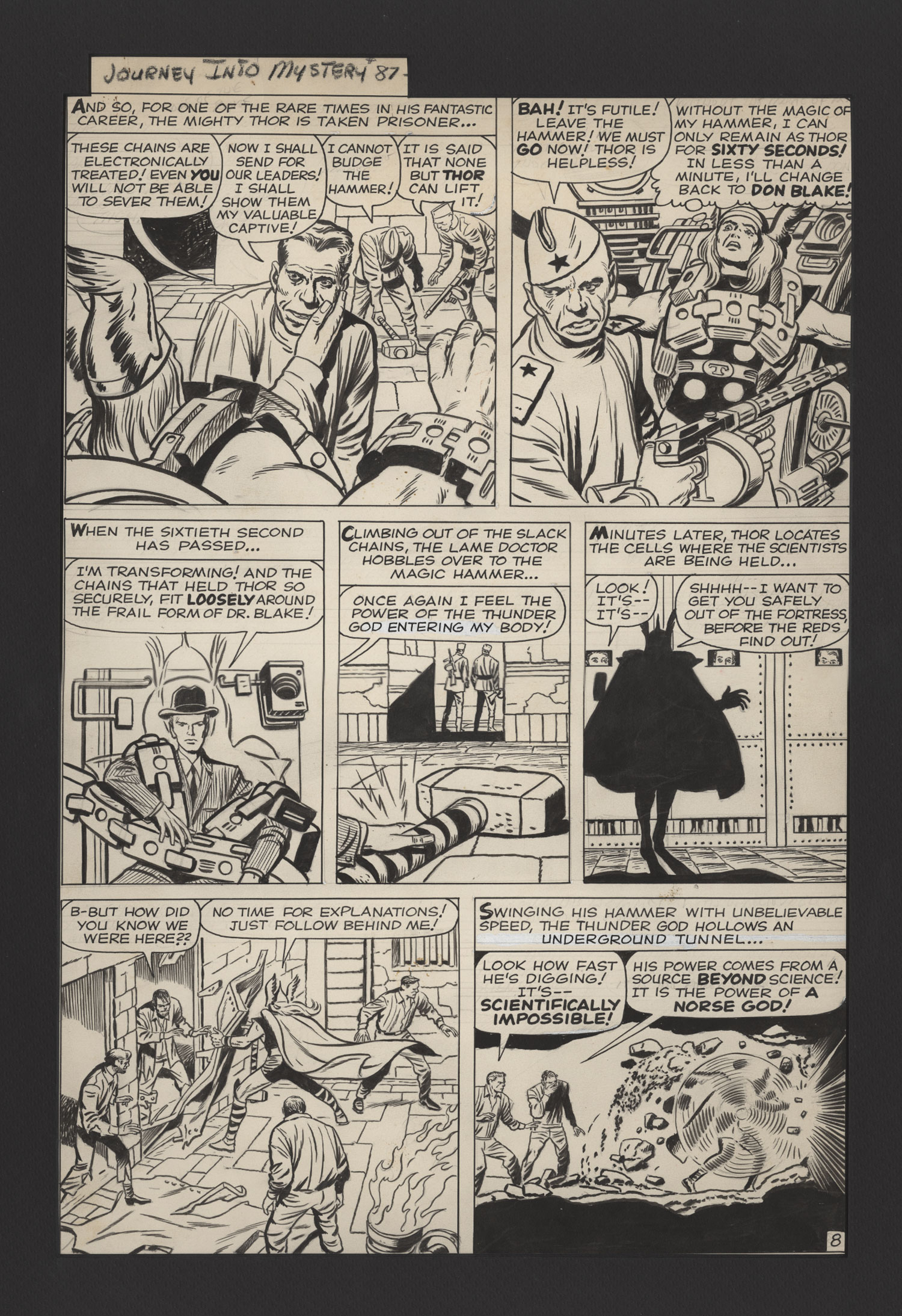 Watch
Pg. 10; "Prisoner of the Reds!" Jack Kirby pencils, Dick Ayers inks; 1962; 18" x 24"
Jon Berk CollectionThere are probably not many better ways a comicbook collector can impress their friends than by stating, "Would you like to see my original Jack Kirby artwork?" No other artist in the history of the form is so synonymous, so instantly recognizable, and so incredibly prolific than "the King". This page from Journey into Mystery #87 is a breathtaking example of the master at work. Encompassing several of Kirby's classic techniques, from the highly expressive faces to the strange technological devices, the stylized depictions of motion and the powerful use of silhouette, this is a joyous piece of art by a legendary artist. Taken from the "Prisoner of the Reds" feature, starring current box-office superstar and Thunder God, Thor, this is just one humdinger of a collectible comic page.