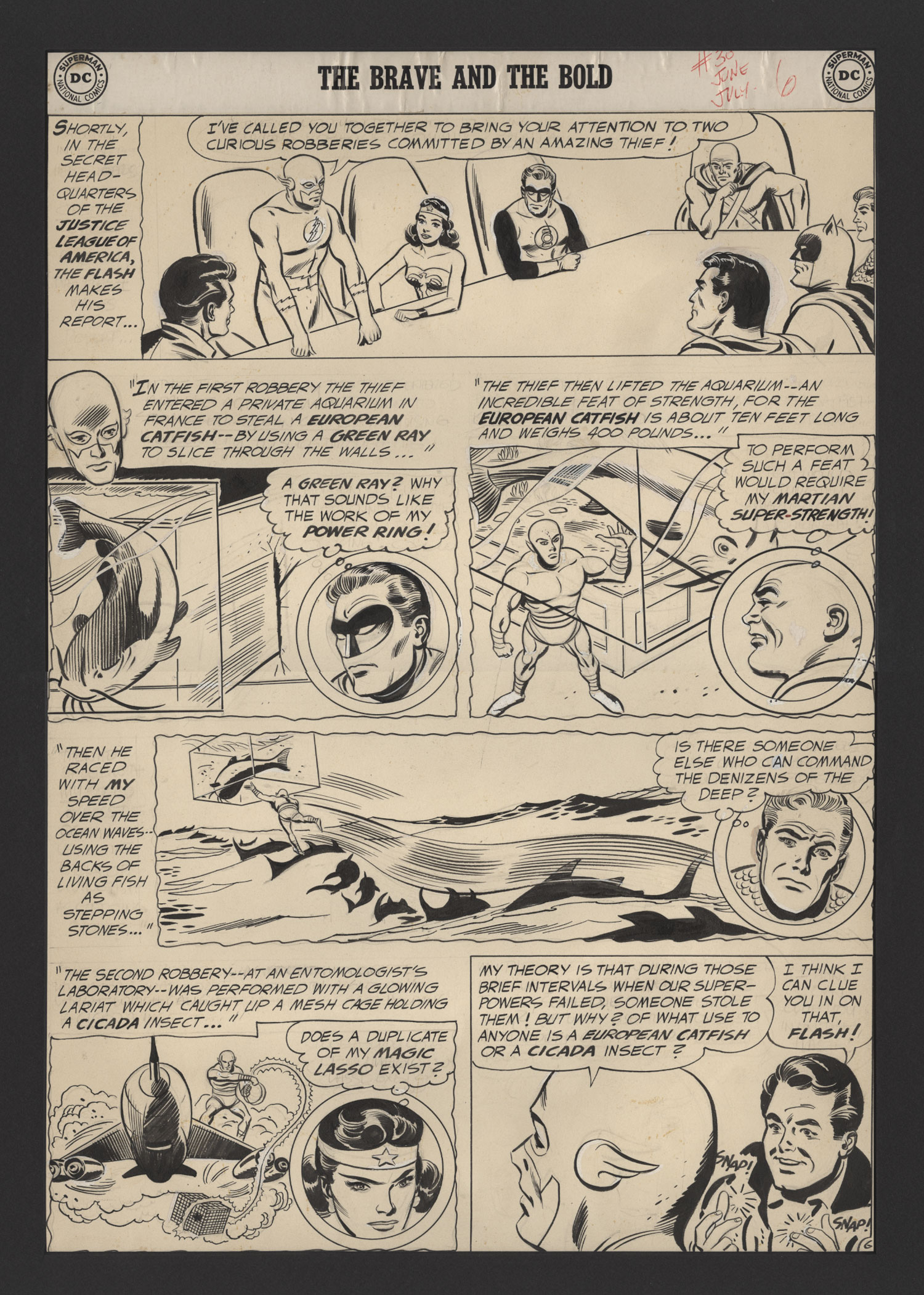 $11,200
Sold For
49
Bids
This auction has ended.
PUBLISHER: DC
COMMENTS: Pg. 6; "The Brave and the Bold: Case of the Stolen Super-Powers!" Mike Sekowsky pencils, Bernard Sachs inks; 1960; 17" x 23"
Jon Berk Collection
Read Description ▼
Sell One Of These Inquire About This