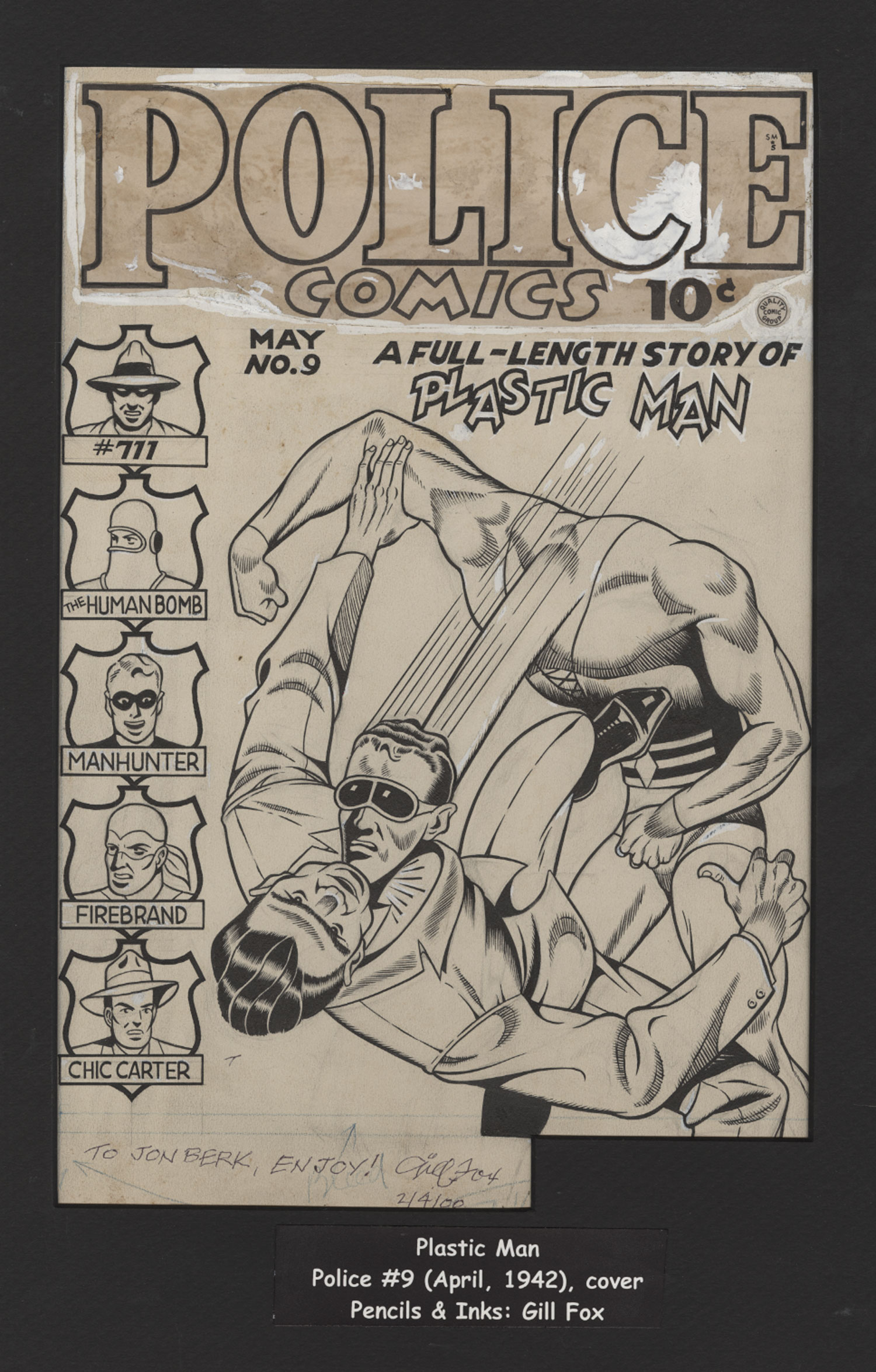 Watch
Gill Fox pencils, inks and signed; 1942; matted 12.5" x 16.75"
Plastic Man
Jon Berk CollectionThis impressive cover art by Gill Fox is one of the earliest surviving pieces of Plastic Man original art known to exist. Plastic Man is the original stretchy superhero with a power later to be mimicked, but never duplicated, by both Mr. Fantastic and Elongated Man. In addition to his malleability, "Plas" was one of the first comicbook heroes to add a heavy dose of comedy to his tales of derring-do. Shown here in a smashing display of powers the kids loved, Plastic Man uses his head to dispatch a typical thug of the era. The character would embark on what would become a long, cult success which would span over various media as well as a couple of publishing houses. The Fox signature on the piece seals the deal on this amazing Golden Age treasure.

Fox began his career in animation at Max Fleischer's studio, but left due to labor unrest. He entered the comic book industry, working for a number of studios and companies, including DC Comics. During this period he was an editor and a cover artist for Quality Comics, with his work gracing the covers of such titles as Torchy and Plastic Man. In 1941, he wrote several weeks of continuity for the Spirit daily newspaper strip.