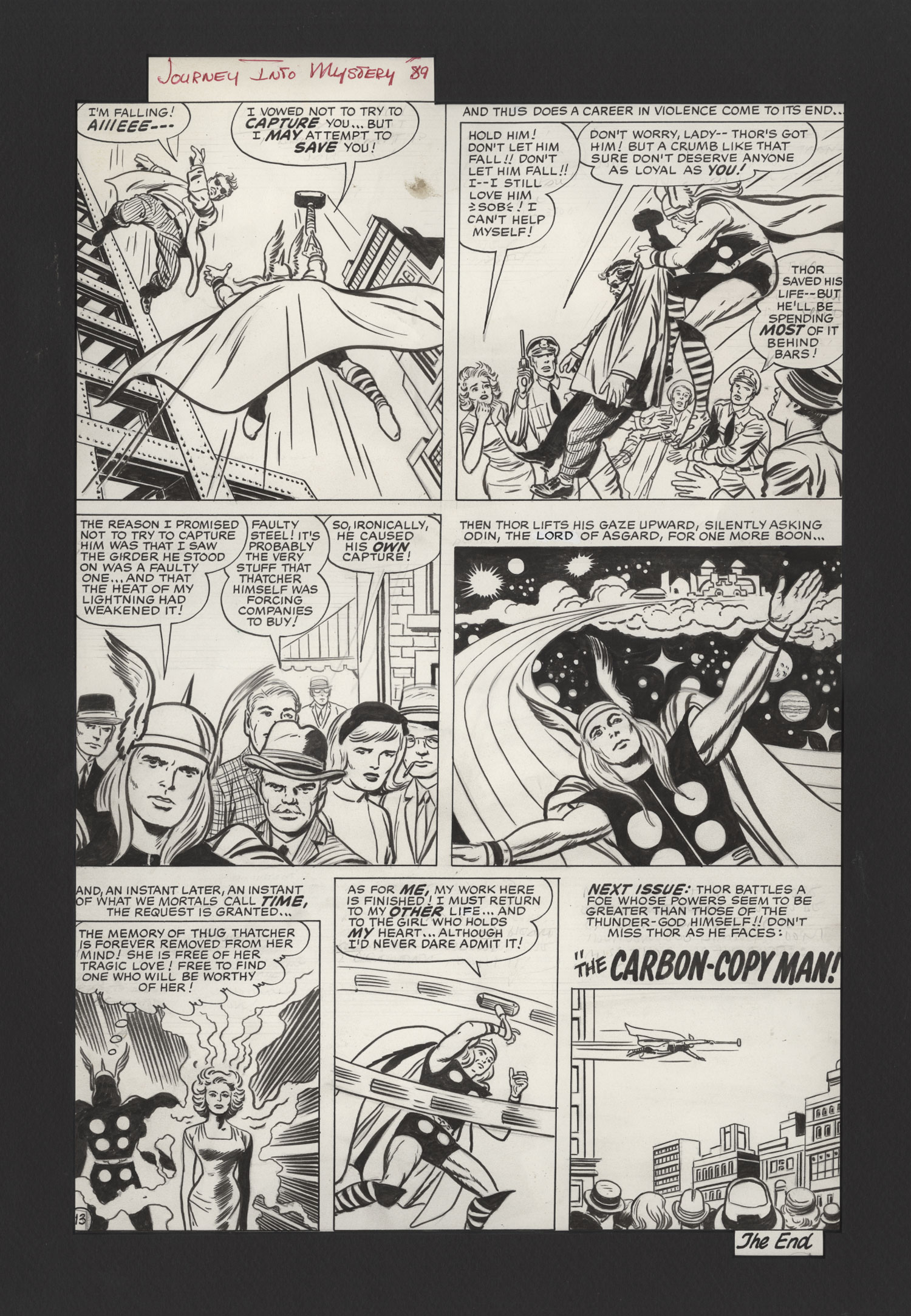 Watch
Pg. 16; "The Thunder God and the Thug" Jack Kirby pencils, Dick Ayers inks; 1963; 16" x 22.75"
Jon Berk CollectionThe Thor we all know and love made his official first appearance in Journey into Mystery #83 in 1962. Marvel, again, hit pay dirt with an original hero, even with a heavy amount of borrowed origin story from the preexisting Norse mythology. Nevertheless, readers latched onto the pure-hearted Asgardian who would soon come together with Iron Man, The Hulk, Ant-Man, and Wasp to form the Avengers later that year.

Journey into Mystery #89 was published in 1963, it featured a retelling of Thor's origin story. This page marks the end of the issue as Thor captures a crooked steel supplier and saves a woman from the memory of her thuggish boyfriend. The page is comprised of Jack Kirby pencils and Dick Ayers inks, the early Silver Age Kirby style apparent. With no fading or yellowing, this page presents beautifully and comes ready for framing.