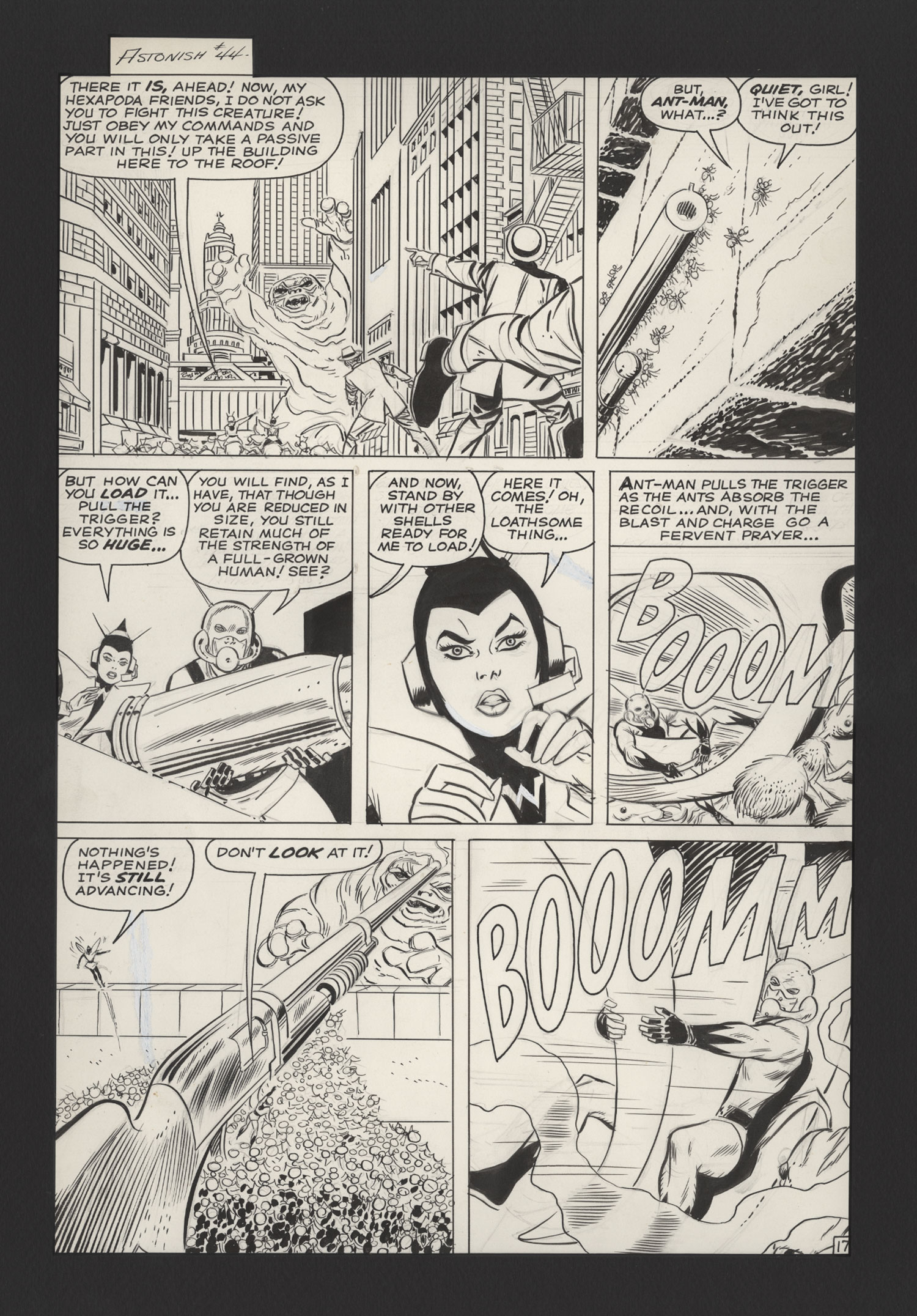 Watch
Pg. 21; "The Creature from Kosmos!" Jack Kirby pencils, Don Heck inks; 1963; 16" x 22.75"
Jon Berk CollectionWasp's origin and first appearance brought a much-needed feminine touch to Marvel's line-up of butt-kicking heroes. Prior to the Wasp's appearance, all Marvel had to offer was Sue Storm, whose power was coincidentally and suspiciously invisibility. Janet van Dyne stumbles upon her father's dead body after he is killed by an extraterrestrial being that he himself summoned, she contacts Hank Pym in the hopes that he can help her, but Pym dismisses van Dyne as just some ditzy girl. Later, his ants tell him what really happened and he decides to give Janet a chance. He implants her with wasp wings and antennae and the two go to fight the Creature from Kosmos, during which a tiny Hank employs a good old-fashioned shotgun blast to the face. This piece of art is in beautiful condition, featuring stellar Jack Kirby pencils and Don Heck inks.